THE TALK OF THE TON: FREE, WHITE AND 21 by Tré Ventour

It’s safe to say that I have been a fan of period dramas since I watched the BBC adaptation of Pride and Prejudice many years ago.  As a staple of this genre at large, Jane Austen is not the only party guilty of inherent Whiteness as a pillar of achievement.  With its number of Black characters, Bridgerton (Netflix, 2020), is being celebrated for its colour-blind casting as an achievement of racial diversity but, even so, it is clear that, under scrutiny, it is still possible for diversity to reproduce and emphasise Whiteness. The resurgence of the Black Lives Matter movement last year provoked some institutions to start taking racism seriously, even while it pushed Black members of the Conversative Party to threaten schoolteachers with the strong arm of the law for teaching White privilege, and then went on to call critical race theory a contested political ideology.

With all the hype around diverse casting, I’m by no means saying these characters are as dangerous as a multiracial Conservative Party, however, I am suggesting that these characters are written to prop up White structures (families) and agency. For all its talk of historical fantasy, through the lens of race there is an eerie biographical non-fictional slant to it. There is no real emphasis on race in the context of a racialised other (much), except for a monologue by Lady Danbury (Adjoa Andoh) to Simon Basset (Regé-Jean Page) – You know the one I mean – and references to Will’s father, an enslaved man. What the Netflix series does is comment on Whiteness without talking about it. White never has to be explicitly stated because White is the invisible race. Assumed. We rarely think what it means to be White. White is the default setting. Whiteness is the absence of race. Simon, Will, and Marina have a race, the Bridgertons do not. This is the simple version. 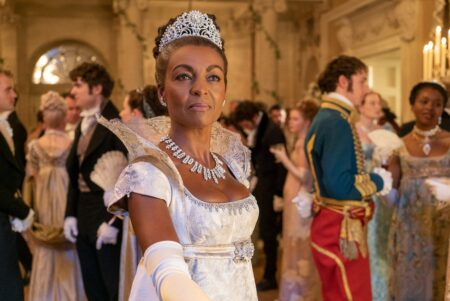 Following the murders of George Floyd, Breonna Taylor and others last year, it has forced a lot of White people to acknowledge their own invisibility in the world.  Watching Bridgerton, it brings me back to Whiteness and how race is ever present in a show even where nobody really openly talks about it. For the Bridgertons and many of their colleagues and friends, their Whiteness is invisible because they inhabit it. If you’re Black or not racialised as White, you will see Whiteness more clearly because you do not inhabit it (on the surface). There are still people of colour that act as agents of Whiteness, like these Black characters holding up the structures of White families; like the accomplices to the Murder of George Floyd; like the Black members of the Conservative Party. In order to have a conversation about Whiteness, we need to understand how race as a social construct in the Global North was primarily created through colonialism. Certainly, human beings have different skin complexions but it is estimated on a genetic basis that as human beings we share 99% of DNA with each other. The scientific justifications made that underpinned enslavement were empirical, observational – to put some people on lower rungs to White people – based on opinion, not facts.

An early indicator of the Whiteness within Bridgerton is Daphne. The embodiment of the ‘free, White and 21’ trope from Old Hollywood, she is the epitome of every privileged, White girl in the Golden Age – from Scarlet O’Hara in Gone with the Wind to Barbara Hemingway in Dames and Anne Baxter in Joseph L. Mankiewicz’s All About Eve.  Daphne Bridgerton is the embodiment of Regency White womanhood and is given a free-pass for her behaviour because she’s ‘free, White, and 21’ (sort of), as well as ‘young’ and ‘pure.’ Well, before she rapes Simon, bringing on his childhood stutter that he hadn’t had in years. White violence in the bedroom followed by a White woman’s tears when she continues to play the victim. Despite the show’s decision to not really talk about race, this is an unequal encounter, with a Black man’s body co-opted by a White woman. White supremacy through sexual violence, something that happened to countless Black women during colonialism and Jim Crow at the hands of White men but this history in the context of Black men and White women is absent. 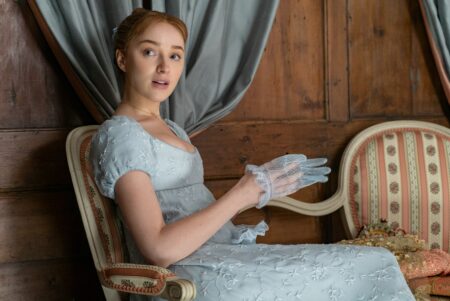 Fig. 2: Daphne in Bridgerton – the epitome of every privileged, White girl in the Golden Age.

In the 21st century it is still possible for White women to weaponise their emotions to the detriment of Black men and women of colour. Even more worrying is the number of viewers that may have related to Daphne, whilst also ignoring how Whiteness operates in society – whether we’re talking about Regency England, White fragility in the workplace, or the Murder of George Floyd. Although we are constantly being reminded that Bridgerton is a historical fantasy, it could be argued that the fantasy relies upon Black people being used as props – Simon to give Daphne a baby; Marina Thompson as the Black best friend; Lady Danbury and Queen Charlotte as examples of Black exceptionalism; Genevieve to satisfy the desires of Benedict Bridgerton; Black men putting money in the pockets of White businessmen through prizefighting.

There is a lot to enjoy about Bridgerton but there are other period dramas with Black and Brown leads and co-leads, including World on Fire and the first season of The Spanish Princess, that are more enjoyable for this viewer and, while we are bound to return to the ‘Ton’ for a second season, I hope that the trauma of Black men at the hands of White women will be addressed.  I also hope that there will be dark-skinned women that actually talk and dark-skinned men that are not violent. Even though I enjoyed the show, you really have to ask why did Bridgerton not milk this alternative history for all it’s worth, rather than play into some of the same tired old stereotypes of Black people?

Tré Ventour is a British writer, poet and curator whose work has predominantly revolved around arts, Black history, race and social justice. Tré has been an advocate for race equity and social justice in his community for many years. A proud Northamptonian, with articles at the NN Journal and The Nenequirer, his voice is known in his vicinity, with bylines also at the University of Northampton’s criminology blog, and Wonkhe. In light of 2020’s anti-racism resurgence, he has also been featured by The Guardian and the BBC. As a freelance educator in race and Black history, he has taught in schools, universities, prisons and more. Now, he is studying for his masters degree in Race, Education and Decolonial Thought. Tré’s social media profile @treventoured can be found on Facebook, Twitter and Instagram. 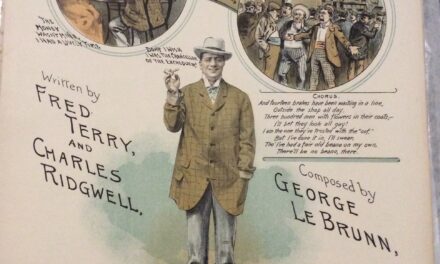 FROM MONTY PYTHON TO MUSIC HALL by Jonathan Bignell 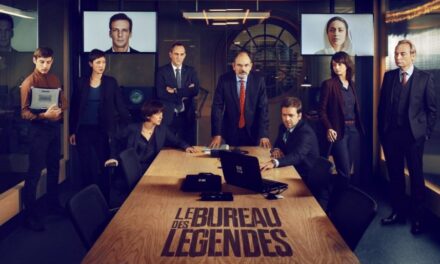