Canadian TV series Orphan Black (2013-) recently reached the end of its second season. The series airs on Space in Canada, BBC America in the US and BBC Three in the UK, as well as in other countries, and has been a flagship show for all three named networks. Orphan Black had an increase in audience share during the second season. In the US, adding timeshifted viewing to its audience nearly doubled its ratings, setting a new record for this type of viewing. Variety reports that according to Nielsen figures, it was also the top TV show on Twitter the day the first episode aired and the top basic cable drama on Twitter that week. In a competitive market, this is a fair measure of success.

The series opened with Sarah Manning, a street smart con artist, witnessing a suicide and assuming the dead woman’s identity as a means of making some easy money. When she realises that she and the dead woman, a police officer, were actually clones—and meets more of her ‘sisters’— things get more complicated. Part science fiction, part thriller, part action series, Orphan Black thoroughly enjoys its outrageous premise and its melodrama and offers an engaging ride for viewers. In terms of the show’s credentials, one of its co-creators is director John Fawcett, perhaps best-known for female werewolf movie Ginger Snaps (2000), though he has also worked on TV’s Xena: Warrior Princess, Spartacus and The Bridge (US); his co-creator is screenwriter Graeme Manson. Part of the buzz around the series, however, focuses on the performances from the lead Tatiana Maslany, who—thanks to the series’ SF aspects— plays several of the main characters, the clones. Maslany has won several awards for her roles in the series, and there was dissatisfaction expressed by some when she, and the series, were passed over in the Emmy nominations.

While I go on to discuss Maslany’s performance as one of the show’s unique selling points, it is worth noting that there is more to Orphan Black than casting.

In a recent article for Vanity Fair by Joanna Robinson asks ‘Why Is Orphan Black Still Fighting a War Buffy Should Have Won Over 10 Years Ago?’ highlighting what she sees as the series’ emphasis on female characters. Certainly the clone cub allows for, even requires, investigation of identity and enables the show’s creators to offer up a range of women characters, from suburban soccer mom Alison to supersmart scientist Cosima to slightly psychotic special ops-trained Helena. While these characters need to be clearly distinguished from each other and lend themselves to short descriptions like those used here (and, yes, there are quizzes promising to tell you which clone you are), they also develop complex characters and storylines of their own. Robinson notes too the knock-on effect for male characters in the series, who cannot simply be the typical male heroes or love interests of conventional stories. The premise of cloning, originally as part of a military operation, and then under the auspices of a research institute, has contemporary currency and also has particular significance for women. In an NPR interview Maslany states:

This series has made Maslany’s name, and a part like this, where she gets to play different roles within the same series is a gift for any actor, amply showcasing their talents. TV, according to Jason Jacobs’s 2013 blog, is ‘the medium that really rewards fine acting over time, the only one, in fact, that allows artists to deepen, sharpen, elaborate (and let’s not forget occasionally ruin) the characters they pilot, inhabit and vitalize’. Maslany is in a privileged position so far as this goes, being able to develop not one but many leading characters in Orphan Black.

This kind of opportunity only generally arises to this extent in fantasy TV, which has frequently revelled in body swaps, parallel universes, evil twins, and clones. From the classic Star Trek’s parallel universe episode ‘Mirror, Mirror’ where we meet alternate versions of regular characters like Sulu and Spock, to many episodes of Xena: Warrior Princess (starting with ‘Intimate Stranger’ 2.7 where Xena and Callisto swap bodies), these episodes provide novelty for the viewer, and allow actors to stretch themselves and show what they are capable of. The Buffy/ Faith bodyswap in season four of Buffy the Vampire Slayer was a notable example and Angel pushed this to an extreme by turning its brooding male hero into a muppet for most of one episode (‘Smile Time’ 5.14), admittedly sidestepping the whole acting issue. The reimagined Battlestar Galactica’s bioCylons featured multiple versions of each Cylon model, and both Tricia Helfer and Grace Park made an impact as Six and Eight.

Another Joss Whedon series, Dollhouse, featured a commercialised memory wipe technology that enabled its ‘actives’ to be programmed for different ‘engagements’ with new clients, and sometimes seemed to be an experiment in how far a TV series could run without ‘proper’ characters. Alongside serious storylines, Dollhouse offered high comic moments such as active Victor mistakenly being imprinted as party-loving Kiki (‘Belle Chose’ 2.3) and then deliberately as scientist Topher (‘The Left Hand’ 2.6), with actor Enver Gjokaj’s performances becoming immediate fan-favourites.

But Tatiana Maslany is not just playing an occasional version of herself, she is constantly acting multiple key roles in an ongoing serial drama. She even sometimes, always memorably, gets to play one clone pretending to be another.

Comedian, writer and actor Patton Oswalt has persistently promoted the series to his twitter following on the basis of Maslany’s performance

and has publically rued the lack of an Emmy nomination.

Maslany is not just acting different roles here, she is acting whole scenes with herself playing the other parts too. Therefore, in addition to the usual gruelling TV shooting schedule, she is shooting and reshooting scenes to perfect several performances, not just one. ‘Two years ago we couldn’t have put two characters together in the same frame,’ says series creator and writer Graeme Manson but now Orphan Black is able not only to have more than one character in the frame but also to have them interact with each other. This is done via an acting double, Kathryn Alexandre, who shares scenes with Maslany that involve two or more clones, allowing her to fully interact with and touch the clone characters, before having to play the alternate role herself.

Alexandre describes this rather complex situation when remembering her audition process:

Then, for the third audition, they brought Tatiana in and we were acting off one another. We’d play a scene and I’d watch her while she played opposite me. Then we’d flip, and I’d mimic her. Because they were really adamant on finding an actor as opposed to just a double, they were comparing me to her and how I worked off of her.

This is not to say that the performances and much of the work that goes into them are not Maslany’s. She has spoken frequently about how she seeks to vitalize each character using the standard tools of motivation and backstory.

Each of the clones has some aspect of me in them. I tried to find some piece of me that I could relate to with each clone, and then elaborated and expanded on that initial seed. Sarah’s maternal drive — her sort of “male-ness,” Alison’s anxiety and control issues, Cosima’s love and fascination with people and the world around her, Helena’s obsessive love and her inability to express herself.

Maslany’s job may be made easier by the nuance of costume and make up for each clone (the wig she wears for Helena helps transform her into this character, for example) but she also offers a range of accents (such as Sarah’s English or Helena’s Ukranian) and speech patterns as well as different postures and physicality, distinct mannerisms.

One tool she uses to achieve this, as widely reported, is to have music playlists compiled for each clone.

I created playlists for each of the women based on ideas Graeme Manson, the writer and executive producer, John Fawcett, the co-creator and director, and I came up with.

I am very inspired by dancers, the way they tell stories with their bodies, their tremendous physical vocabulary. Dance for me is a place of unselfconscious freedom and expression.

I use different forms of dance to explore the physical mannerisms and rhythms of each of the women. It helps me explore the characters in a way that isn’t intellectual.

This use of dance in Maslany’s interpretation was picked up in the season two finale of Orphan Black, with a scene that was talked about immediately across the internet and social media and seems set to become another fan favourite.

Views on whether Maslany deserves an Emmy nomination or not may vary, but her performance in Orphan Black is certainly worth seeing for anyone interested in television drama. The show’s clone premise may not be new for science fiction, but the way it is being executed technically is pushing the limits of TV production as surely as Maslany’s roles are pushing the limits of TV acting. 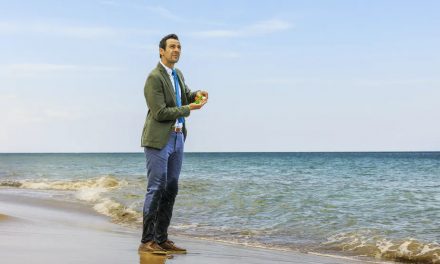 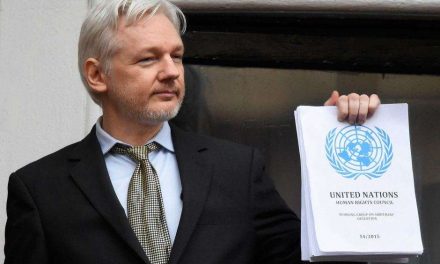