A piece I contributed to the “In Debate” section of the most recent issue of CST (6.1) ended somewhat enigmatically with these words:

If television now leaps from platform to platform, TV scholarship must of course continue to take leaps of faith as well. Online publishing, a natural venue, is nothing new, of course. . . . But one day soon print small screen scholarship may seem as passé as watching television with an antennae. In my murky, analog crystal ball I can just make out the still developing outlines of a new journal intended to meet the needs I have touched on here. Stay tuned, as the Super Narrators of an earlier TV era used to say.

The founding editors, Michele Byers (Saint Mary’s University, Canada), Douglas Howard (Suffolk Community College, USA), and I are delighted to announce the establishment of a sister journal to Critical Studies in Television, an online, refereed, scholarly journal devoted to the study of individual television texts: series, shows, seasons. All three of us have published edited collections on television and even written about the process, but we sense, too, that it has become increasingly difficult to find presses willing to take on such projects. As an online journal with minimal production costs and no size limits, Series/Season/Show will have no such reservations or limitations. We will publish state-of-the-art and timely scholarly and critical writing about television.

Series/Season/Show will publish special issues, each with its own special editor/editors, offering collections of essays on individual television shows (any genre), a TV series (i.e., Fawlty Towers, for example, or the one-season wonder Terriers), or a single season of a television show/series (i.e., Season Five of The Wire, Season Two of LOST, Series Six of One Foot in the Grave). Proposals dealing with both current and past, successful and failed/cancelled television, are invited. We especially encourage the development of issues (in English) devoted to television series/seasons/shows from around the world.

We eagerly await your proposals, which will be carefully reviewed—by the founding editors, by the issue editor(s), by the SSS board—at each stage of development.

Write us (series.season.show.tv@gmail.com) with queries, inquiries, and proposals. Visit our website at http://series-season-show.com.

David Bianculli (Rowan U, US)

Scott Diffrient (Colorado State U, US)

Rachel Dubrofsky (U of South Florida, US)

Gary Edgerton (Old Dominion U, US)

Jonathan Gray (U of Wisconsin, US)

Jason Jacobs (U of Queensland AU)

Barbara Maio (U of Roma Tre, IT)

Joanne Morreale (Northeastern U, US)

Angela Ndalianis (U of Melbourne, AU)

Steven Peacock (U of Hertfordshire, UK)

Alison Peirse (U of Northumbria, UK)

Lynnette Porter (Embry-Riddle Aeronautical U, US)

Robert J. Thompson (Syracuse U, US)

—Michele Byers is Associate Professor of Sociology and Criminology and Graduate Coordinator of Women and Gender Studies at Saint Mary’s University. She has published extensively in the area of television studies, including on shows such as The O.C., Curb Your Enthusiasm, Sex and the City, Degrassi, Dexter, Arrested Development, Roseanne, Beverly Hills, 90210, Party of 5, Buffy, Ready or Not, and Renegadepress.com. She has edited or co-edited the books Growing Up Degrassi: Television, Identity and Youth Cultures and Dear Angela: Remembering My So-Called Life (with David Lavery), and The CSI Effect (with Val Johnson). Her new work focuses on the production of ethnicities in popular culture, with a particular emphasis on the Jewish Princess.

—Douglas L. Howard is currently Assistant Academic Chair and an Associate Professor in the English Department at Suffolk County Community College in Selden, NY. His publications include articles, essays, and book chapters in Literature and Theology, Poppolitics.com, The Chronicle of Higher Education, This Thing of Ours: Investigating The Sopranos, The Gothic Other: Racial and Social Constructions in the Literary Imagination (co-editor and contributor), Reading The Sopranos, Reading Deadwood, Reading 24, and Milton in Popular Culture, and Dexter: Investigating Cutting Edge Television (editor).

—David Lavery is professor of English at Middle Tennessee State University and the author/editor/co-editor of numerous essays and books, including volumes on such television series as Twin Peaks, The X-Files, Buffy the Vampire Slayer, The Sopranos, Lost, Deadwood, Seinfeld, My So-Called Life, Heroes, and Battlestar Galactica. He co-edits the e-journal Slayage: The Online International Journal of Buffy Studies and is one of the founding editors of Critical Studies in Television: Scholarly Studies of Small Screen Fictions. He has lectured around the world on the subject of television. 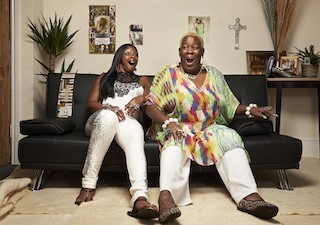 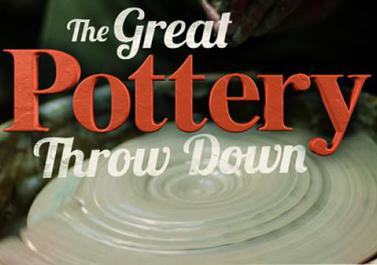