IN SCHMEXIT WONDERLAND: A MERRY CHRISTMAS FROM AN EU27 HIGHER EDUCATION (AND NHS AND SOCIAL WORK) WORKER by Elke Weissmann

Apologies for not sending you a Christmas card this year. So, let me do it via this blog; a nice schmaltzy sing-song card:

It’s from the film Das Ewige Lied (Franz X. Bogner, 2001) which, although released in cinemas, was really one of the Christmas TV movies that the BR (Bayerischer Rundfunk, Bavarian Broadcaster) and ORF (Österreichischer Rundfunk, Austrian Broadcaster) used to enjoy doing as part of their seasonal TV events. It’s quite an apt film to mention, as a German, right now, right here, in the UK. For those of you who don’t live in the UK, you might have heard there’s something called Brexit going on. For those of you who live in the UK: I assume I don’t need to explain.

There is a lot to be said about Brexit, of course, and much of it is said often every day. Some people say ‘Brexit means Brexit’, to which I am quite happy to reply: ‘Brexit means Schmexit’[1] (I wonder if this is also what was on the minds of the European negotiators on Friday, 14 December). I mean there is the whole Aaron Banks and Vote Leave malarkey and the fact that, you know, there was some criminal activity involved that could also be claimed was straightforward cheating. This has now led to a legal case (at the High Court no less) which actually looks into if the referendum vote was… I don’t know how to break this to you, Theresa, … so let’s try and be straightforward with you, in the way that I think you like: void. Just to explain to you, in case you didn’t get that: ‘void’ in this case means ‘not valid or legally binding’. But that’s just a sideshow, of course. Brexit means Brexit, apparently, somewhere.

We can of course also talk about how Brexit connects to xenophobia (which it does for some, I am sure), a nostalgia for the good old times of imperialism (which it does for others, and I am sure the former colonies would be very happy to come forward with their account of how ‘good’ these times were and how ‘wonderful’ the impact of that time still is for them) and how Brexit relates to narratives and actual fears about globalisation (with a global elite pulling the strings, apparently; and here I would like to remind people of the fact that the EU was actually set up – and still operates – with an ethos of public service, yes, in the traditional BBC/NHS sense which means that it sometimes actually aims to counteract the more rabid forms of top-down globalisation, in the interest of the European people. At the end of the day, the EU as a governing body is rather democratic, more democratically elected, for one, than the UK government). What the latter point perhaps also indicates is that in the UK there is a severe lack of knowledge about the European Union, what it is and how it operates. And perhaps also what it does. Instead the EU is perceived as an over there that is disconnected from our day-to-day lives.

All of these concerns connect to perceptions of globalisation, of course, or, to use Robertson’s more precise term, glocalization, namely the interrelation of the local/national to the global. These perceptions are usually far too simplistic and overlook the complexities that scholars such as Saskia Sassen have laid out in multiple studies. Those studies, however, do not allow us to build such easy ‘us versus them’ narratives that connect to our deep-seated uncertainties about our identities, about who we are. As long as we have a ‘them’, we can know who we are, and so these narratives can easily give us a sense of purpose and security.

Living in the UK at the moment, I am currently in the ‘them’ category which is odd and clashes with my daily experience. My daily experience is one of standing at school gates and chatting to fellow parents about their work-life balance, about the truth that was conveyed in Motherland and about loving the school because it prides itself so much of the fact that there are 92 languages spoken in it by staff, kids and parents. Several of my new school gate friends have parents and grandparents who are or are themselves from countries other than the UK. Of course, in that respect Liverpool is typical for a port city: an amalgamation of the world into its boundaries, a hotchpotch of cultures that is beautiful in its diversity and tolerance of each other. There is so much warmth, such a sense of community, I cannot not feel part of it. Similar things, of course, happen at work with colleagues who have become friends and who themselves are part of an open, cosmopolitan world. And yet… 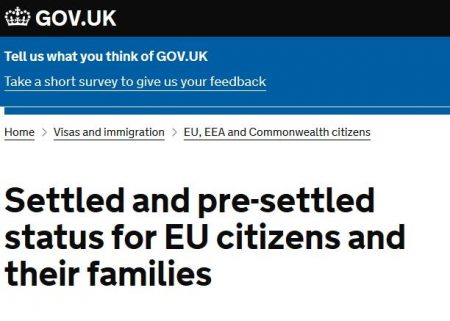 Fig. 1.: gov.uk website: “Settled and pre-settled status for EU citizens and their families”

I recently received an official email which highlighted the difference to me. It was the one that invited me to take part in a pilot scheme to test the software for the settlement scheme for non-British EU citizens (from now on EU27 citizens).[2] Of course it is a form of testing that also makes sure that the highly educated staff of the Higher Education sector, and the much-needed staff of the NHS and social work do not continue to leave the UK, but are given some security in the light of a possible no-deal Brexit for which the government is currently preparing £2 billion and 3,500 troops. I feel horrible about it, but I have applied. Why, do you say, do I feel horrible about it? Because it creates another ‘us versus them’. I am now part of an ‘us’ group (of potentially settled EU27 citizens who have security) versus a non-secure rest of EU27 citizen group who have to wait till March.[3] Considering that most of my German friends here will be part of the ‘them’ group, I feel horrible, yes – like a traitor. I imagine that’s how many of my remain-voting friends are feeling when they think of my and my fellow EU27 citizen’s predicament.

So why did I apply? Because the insecurity is surprisingly persuasive. Most of what I love and most of my life is here: my partner is British (he’ll hate me for calling him British, he is Scottish); my work is at an institution which, despite its limitations, I feel deeply loyal to particularly because of its students (its wonderful, inspiring students); my children are both German and British and one of them is so fully integrated in his school, taking him out of it would break my heart; my religious community is here; most of my friends are here, including some of you who are reading this. I don’t want to give that up. I know that I probably wouldn’t have to, but the insecurity and uncertainty nevertheless fill me with dread. Nor do I want to leave and build a new life somewhere else because my heart is here. I still experience the ‘us’ of the multicultural society Britain build and was so exemplary for throughout my life. Unfortunately, Brexit/Schmexit made Britain into an ugly monster that can be defined against all the others that gave its culture in the (recent) past and today such richness.[4] And perhaps we can learn from that cultural richness about how to take things forward. So, perhaps we can learn from Hanif Kureishi’s My Beautiful Laundrette, made into a film by Stephen Frears with the help of Channel 4, or from the stories of Jennifer Lee who emphasised the beauty of every new life given birth to and by doing so lay the foundations for one of the most popular TV dramas of the last few years that gives us access to these different cultures and reminds us that at the end of the day we are all the same: looking for security, love and acceptance.

These very basic human desires drove me to apply. But these same human desires also drove Schmexit: people looking for security and trying to gain a sense of control because they feel they don’t have any (and who can blame them for that). Unfortunately, with how things are going, these desires and needs will not be addressed and met any time soon: Schmexit is undermining any sense of trust in our political leaders; it makes any option, including remaining in the EU, suspect to some elements of the population; and in part it also takes our attention away from more pressing things, including the disaster that is Universal Credit or indeed the global catastrophe that is climate change that will accelerate the displacement of people in years to come (so we had better learn to live without those ‘us versus them’ narratives, eh?). And in that light, I wish you a Merry Christmas by pointing you to Das Ewige Lied, a film, made with/for television, that speaks directly about what happens when you focus too much on developing distinctions between people (or indeed media) and that ends with a message of inevitability, but also hope: forget about distinctions if you want to survive and learn to come together.

[1] And yes, I am also deliberately embracing the Jewish influence on my choice of words because as a German whose nation has, shall we say, a checkered past as to how we treated that specific religious and ethnic group I want to make a stand here and embrace any visible merging of cultures: multiculturalism is good and my country was stupid in the past (and actually also partially today) to think cultures needed to be kept distinct (trying to avoid all the loaded words here, and also: sorry to everyone).

[2] Dear British EU citizens, I fully appreciate your grief about losing your EU citizen status. Please allow me, nevertheless, to create a distinction here with the choice of word between you and I in order to address our different experiences.

[3] It is very likely that they will still be able to apply for settled status even in the case of no-deal Brexit as to uproot them would most likely go against their human rights which to protect they can still apply to the European Court of Human Rights to (as EU citizens) which would cause the UK government quite some headaches.

[4] Of course, this is also a simplification. Many scholars point to the breaking of the multicultural society long before Brexit. 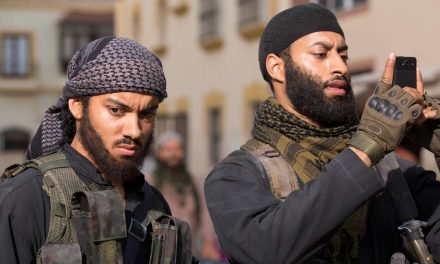 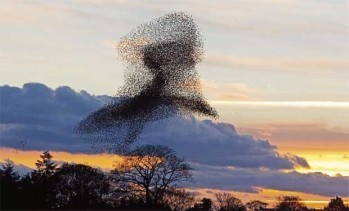