Key findings from a new report by the Danish Film Institute.

The research project ‘Reaching Young Audiences: Serial Fiction and Cross-Media Storyworlds for Children and Young Audiences’ (RYA) seeks to provide detailed knowledge about the production and reception of film, TV and online fiction for children, tweens and teens through in-depth analysis of the current strategies for creating engaging fiction for young audiences and extensive qualitative case studies of their media use. The project is based at the University of Copenhagen and focuses on Denmark, but there will also be comparative case studies from e.g. Norway, the UK and Australia, conducted together with a number of collaborating international researchers. RYA is funded by the Independent Research Fund Denmark and runs from 2019-2023. This is the fifth blog from the project. More to come in 2020.

Children’s content occupies a prominent place within the Danish audiovisual landscape, which is a result of multiple policy actions. The importance of children’s film and TV programs is emphasized in the most relevant current policy instrument – The Film Agreement (2019-2023).[1] This agreement stipulates that the Danish Film Institute (DFI) shall invest 25% of its budget into content for children and young audiences, and, in addition, that Denmark is currently the best performing country in Europe when it comes to the share of domestic children’s films (Ebert 2019: 9). Moreover, the Danish public broadcaster, DR, has one broadcast and one online channel specifically targeting and engaging younger children (Ramasjang) and older children (Ultra). As a part of DR’s strategy towards development and production of children’s content, DR organizes an annual information day and pitching event for independent Danish producers of innovative and engaging children’s TV content, which has already been discussed in the first blog posts by RYA-members.[2] 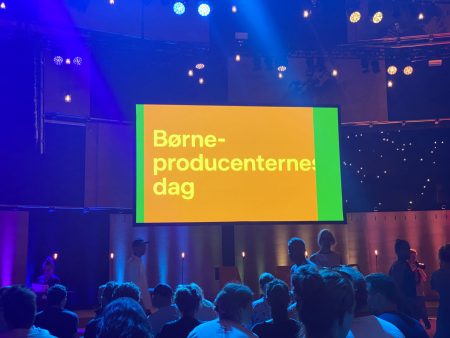 The Danish audiovisual policies do not only contain generous production investments. There are also a number of media literacy initiatives where children receive access to different kinds of fictional and factual content and learn how to reflect on it. The most comprehensive initiative in this regard is the project “Filmcentralen” that offers both online and theatrical screenings of film content for children of all ages as well as teaching materials for teachers.

Yet, despite all these incentives for development, production and promotion of children’s content in Denmark, there is still not enough research into children’s habits, opinions and preferences regarding fiction films and series. In fact, the first comprehensive study on children’s audience behavior and fictional audiovisual content, by the Danish Film Institute, has only just been conducted and published in August 2020. In this blog post, we summarize the main findings from the analysis presented in this report.

General patterns in children’s consumption of films and TV series

The DFI report VIDSTE DU? – Om de 7-14-årige (DID YOU KNOW? – About 7-14-year-olds) builds on a survey conducted with 1600 Danish children who were divided by age group (age 7-9 and age 10-14) and by gender. The report’s purpose was to provide insights into the 7-14-year-olds’ consumption patterns, behaviors and attitudes in relation to films and series, and in this way either confirm or discard myths, as well as replace the anecdotal claims about children’s consumption of film and TV series with concrete knowledge and insight.[3]

The report presents several general conclusions about how Danish children watch films and TV series. It points out that Danish children are devoted consumers of TV series and watch them more often than grown-ups. Almost half of the 7-14-year-olds watch TV series on a daily basis, whereas only 19% of adults do. It is also interesting that most of the children (69%) watch TV series alone. When it comes to film, however, children watch as many films as adults (15+) (58% of them see a film per month). 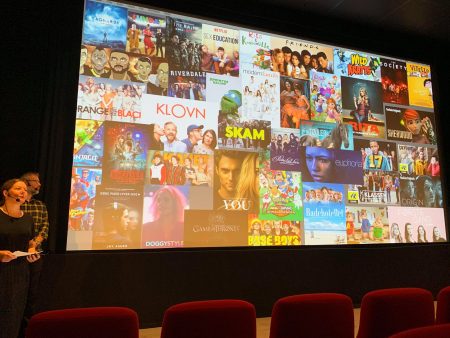 Fig. 2: Martin Kofoed Hansen and Lena Juhl Seidelin from the Danish Film Institute present the report VIDSTE DU? – Om de 7-14-årige at the Film House in Copenhagen in August 2020. They show a sample of films and TV series that Danish children most often watch.

Children use the same streaming services as adults – Netflix, Viaplay and DR TV. Children of both genders prefer watching content in Danish on the Danish streaming platforms until they reach the age 9-10. The most popular Danish titles include serial content offered on DR’s online platform for children – DR-Ultra – such as Klassen (‘The Class’, seen by 38% of Danish children), Base Boys (22%) and Skyldig (‘Guilty’, 13%). However, once children are able to read subtitles, their appetite for titles in English significantly increases. The most popular content among children includes Netflix titles such as Only Mine (2018), The Kissing Booth (2019) and A Star Is Born (2019). They are watched mostly by children above 10 years old. 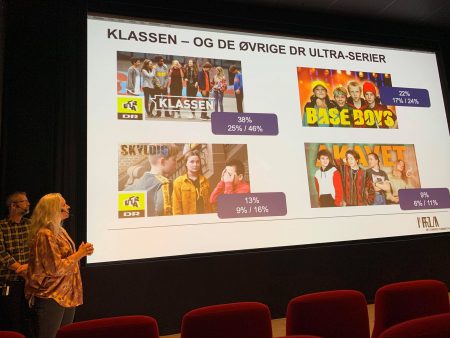 Fig. 3: Some of the most popular children’s titles produced by DR.

Among all of the available devices (tablets, smartphones, computers, television and projectors), most children still prefer to watch their favorite TV series on their TV sets, which seems contradictory to DR’s recent decision to move the Ultra channel for older children from flow TV to online platforms.[4] When it comes to the type of the content they watch, Danish children in general prefer what they consider to be entertaining programs. To grab their attention, a TV series needs to be “funny” or recommended by a friend. Sometimes, they watch titles featuring their favorite actors or book characters. Apparently, the last thing they take into consideration when choosing a TV series or film to watch is whether it will give them food for thought (“something to think about”).

Finally, when it comes to the use of social media, YouTube is the absolute favorite among Danish children of both genders and across all ages. However, only around 6% of them use YouTube to watch films and TV series. Instead, Danish children use YouTube to follow influencers and gamers, and watch music videos, pranks and challenges.

Despite many similarities, there are certain differences between the way Danish boys and girls watch films and TV series. The girls more often watch TV series alone and start going to cinema with their friends (rather than their parents) earlier than boys. Girls also prefer different genres than boys. While they most often watch family content, comedies, adventure and – as they are growing up – also dramas and love-themed content, boys across all ages go for comedies, actions, sci-fi, and titles with super heroes. Dramas and love-themed titles are at the very bottom of their preference list.

Most Danish boys (80%) of all ages play digital video games (almost) daily and prefer to do that when they have some spare time. However, even though many girls also often play video games (54%), they prefer a visit to the cinema over all other free-time activities. Finally, the girls watch video content on more diverse social media and video-sharing platforms than boys do. For example, girls are more active on platforms such as SnapChat, TikTok and Instagram.

Giving a stronger voice to children

The DFI report provides an insightful overview of Danish children’s preferences and habits when it comes to watching films and TV series. It quantifies data about the devices that children use to watch fictional content, about the genres and titles they prefer, and to a certain degree about some of their motivations for watching particular content.

However, we still need reports and analyses where children are treated not only as research objects, but as active participants in the design of a research process and in the evaluation of the content in more qualitative terms. As described in previous blogs from the RYA research project, the ideal of empowering children’s voices has become an important part of developing and producing several Danish children’s programs. [5] A similar participatory approach is still rare in research on children’s viewing of fictional content even though there do seem to be valuable lessons to be learned in this regard. The RYA project hopes to be able to contribute with more on this in the not so distant future.

Petar Mitric is Postdoctoral fellow in the Section of Film Studies and Creative Media Industries at the University of Copenhagen as part of the RYA research project. His research interests span audiovisual policies, co-production and audience-design practices.

Pia Majbritt Jensen is Associate Professor at the Department of Media Studies and Journalism and Director of The Media, Communication and Society Research Programme at Aarhus University. An audience, industry and production scholar, her current research projects include the Researching Young Audiences project mentioned here and an EU Horizon 2020 project on European crime narratives. She has published widely and is the co-editor of New Patterns in Global TV Formats (Intellect, 2016), The Global Audiences of Danish Television Drama (Nordicom 2020), and Danish Television Drama: Global Lessons from a Small Nation (Palgrave Macmillan, 2020).

[1] For more information about the allocation of public funding on the basis of the Film Agreement, see https://www.nordiskfilmogtvfond.com/news/stories/new-danish-film-agreement-for-2019-2023-in-place

[2] For the blog, see https://cstonline.net/producing-public-service-serial-drama-for-children-and-young-audiences-towards-a-new-future-for-the-danish-broadcasting-corporations-tween-channel-dr-ultra/

[4] For more information (in Danish)  about the consequences of moving broadcast channels to online channels in Denmark, but also in the UK, see https://politiken.dk/kultur/art7910192/Lukningen-af-kanaler-har-haft-overraskende-konsekvenser-for-DR-og-BBC

[5] See the blog about the web series CENTRUM that has been co-created with teenagers during the lockdown in the spring of 2020, https://cstonline.net/covid-19-from-a-teenage-web-series-perspective/ 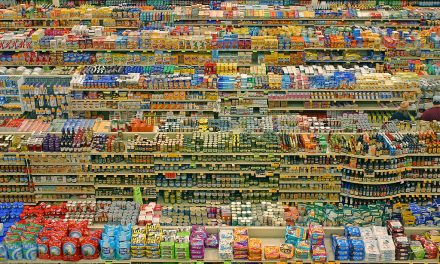 THE FOOD THAT BUILT AMERICA by Andrew J. Salvati 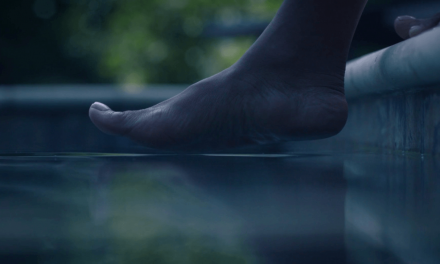