This year’s Console-ing Passions took place on the Dublin quayside in the Marker Hotel, a luxury setting for some cutting debate about television, new media and feminist politics.  The weather was particularly un-Irish; it was warm and mostly sunny, allowing delegates to explore the lively quayside area.  This is a part of Dublin which developed during the Celtic Tiger years and is now once again the site of new buildings and media start-ups as the Irish economy begins its recovery.  The glass and steel setting is far removed from the Georgian Dublin of popular imagination; an appropriate venue for panels addressing new media, reality formats and post-feminism.

There were a dozen panel sessions (with five options to choose from in each) and three plenaries.  As ever, a conference of this size is a test of stamina and one’s capacity to absorb information (and caffeine!).  It was deftly programmed, my only complaint being that the television comedy panel in which I presented with Roberta Mock and Linda Mizejewski was scheduled against another comedy panel where the respondent was Kathleen Rowe Karlyn.  It always seems that the session where you are presenting features most of the other panels you want to attend…   The conference featured high profile academics in ordinary panel sessions rather than plenaries, indicating the importance and status of this annual gathering.

The first panel I attended was a game of two halves, featuring papers on women in the Irish gangland drama Love/Hate (Deirdre Quinn, Maynooth) and the precarity of women’s careers in Irish television production (Anne O’Brien, Maynooth), followed by Felicity Kendall and aging (Frances Bonner, Queensland) and Lesley Sharp’s television work in relation to Northern Englishness (Beth Johnson, Keele).  Commonalities between the papers were drawn out in the ensuing discussion, with particular reference to women aging in front of and behind the camera.  The next panel also provoked comparative debate as it focussed on contemporary transnational thrillers and their aesthetic roots in ‘Scandi-noir’.  Kathleen McHugh (UCLA) read Saga Norén in Danish/German/Swedish  drama The Bridge (Bron/Broen) as ‘affectless’ and thus destabilizing the ‘normal’ behaviours of her feckless partner Martin Rohde.  Barbara Klinger (Indiana) employed Barthes’ hermeneutic of ‘delay’ to examine female protagonists in Hinterland, The Fall, Happy Valley, and The Killing (Forbrydelsen).  Klinger noted the Gothic trope of the bloodied victim in these dramas and that Gothic theme was continued in Lisa Coulthard’s (British Columbia) examination of uncanny difference in Top of the Lake and The Fall, where female detectives reject domestic environments but male killers appear entirely at home in them. Tanya Horeck (Anglia Ruskin) concluded the panel on a similarly Gothic note with an examination of grieving mothers and detectives, proposing that such dramas offer a ‘new emotional realism’.

The panel on ‘Celebrity Lives/Celebrity Production’ ranged across film histories.  Donald Crafton (Notre Dame) documented the remarkable career of Edna L Williams (1887-1965) a songwriter and producer who set up her own distribution company, Ednella, with her lover and life partner, Nella Walker.  Karen Boyle (Stirling) examined the playful aesthetic of DVD extras for Agnes Varda’s Tout Varda, where Varda complements her feature work with material that also undercuts the authoritative voice of the auteur.  Steve Cohan (Syracuse) critiqued the scandalous style of Hollywood television biopics as a means of remystifying the studio system, making stars such as Marilyn Monroe ‘legible by papering over her agency as an actress’.  Susan Ohmer (Notre Dame) recounted the history of the Courvoisier Gallery in San Francisco which first exhibited Disney animation cels, together with the career of Edith Wakeman Hughes who acted as a sales agent, offering the cels to the rich and famous of Hollywood at exclusive social events.

The plenary session on Thursday evening offered inspiring witness to feminist activism in Ireland, including a hilarious presentation by artists Jesse Jones and Sarah Browne on their project Burn in Flames: A Post-Patriarchal Archive .  Karla Healion is a Dublin MA student who established the Feminist Film Festival in Dublin 2014, using the profits to support SASANE, a Nepalese women’s group who work to prevent sex trafficking.  Stephanie Lord spoke movingly of her work with Choice Ireland, reminding participants of women’s continuing struggle for reproductive rights in the Republic.  Elizabeth Madden was the last speaker but offered a rousing end to the session with a first-hand account of feminist direct action with CorkFeminista.com, in particular their work with survivors of the Magdalene Laundries, institutions for ‘fallen women’ which were established in Ireland in the late 18th century.  The last of these closed in 1997 and the Catholic church has refused to contribute to the compensation scheme set up by the Irish government following a state apology in 2013.

Hannah Hamad (King’s College London), Shelley Cobb (Southampton) and Neil Ewen (Winchester) delivered some timely papers on Friends; as Hamad noted, this series is a useful research and teaching text for debate about postfeminism.  The session called for more work on this hit show as it remains current in reruns and students’ viewing habits.  In the session on ‘New Media Labour’ Ros Gill (City University London) discussed the growth in beauty apps which encourage extreme forms of self-surveillance and endorse the beauty myth in a terrifying manner, while Laurie Ouellette (Minnesota) examined the role of the stylist in reality television as a means of eliding race and class in favour of ‘aspiration’.  Sean Redmond, Su Holmes and Deborah Jermyn addressed ‘Age, Aging and the Gendered Temporalities of Fame’; Holmes’ paper on Lena Zavaroni and ‘the contradictory aetiology of popular narratives’ around her celebrity and anorexia offered new insights on an under-researched field.

In the panel on ‘Television Meets Social Media’ Tania Lewis (RMIT) reported on a research project which has involved interviews with television audiences in India, noting that reality shows such as Bigg Boss [sic], the Indian version of Big Brother depict a ‘performative secular modernity’ that bears little relation to the lived experience of most viewers.  Helen Wood (Leicester) presented a paper on work she is doing with Bev Skeggs on ‘the Magaluf Girl’, noting the viral trajectory of the Youtube video with regard to ‘how people are made visible in ways not of their own choosing’.  In the panel I was part of Roberta Mock (Plymouth) addressed the contradictory landscape of Joan Rivers’ body as it aged and was integrated into her routines, while Linda Mizejewski (Ohio State) noted how Carol Burnett’s role as ‘Eunice’ on her television show in the 1960s and 1970s addressed and critiqued the American family just as second wave feminism was entering popular consciousness.  My paper on the final season of Roseanne offered a similar argument, proposing that it critiqued postfeminist popular culture.

This was a marathon of a conference but a very productive experience, with plenty of debate during and around each session.  Console-ing Passions demonstrates how much great work there is going on in feminist media studies, but also indicates how much more there is to be done.

Rosie White is Senior Lecturer in Contemporary Literature, Theory and Popular Culture at Northumbria University. Her first book, Violent Femmes: Women as Spies in Popular Culture was published by Routledge in 2008 and she is currently writing a second book on women and television comedy for I B Tauris. 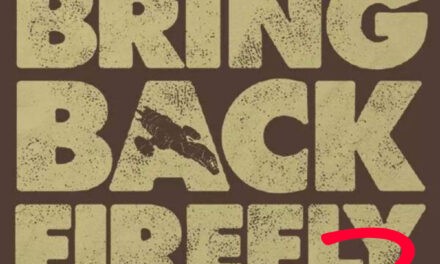 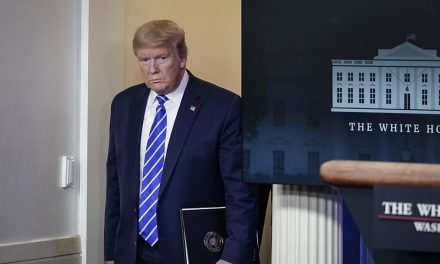 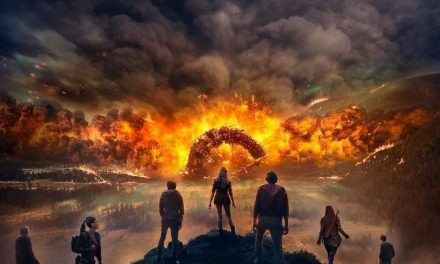