This article first appeared on www.parenting.digital, on August 26, 2020.

In the days when we were all confined to our homes, new research opportunities arrived. One such opportunity was an invitation to facilitate a New Zealand contribution to an international survey from the International Central Institute for Youth and Educational Television (IZI) at Bayerischer Rundfunk (Bavarian Broadcasting Corp).  From this survey, a final and substantial number (n=4,322) of completed questionnaires were returned by 9 to 13-year olds in 42 countries during April 2020. 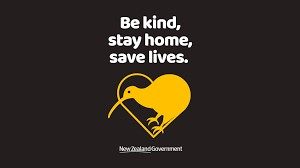 At the beginning, it seemed like it would be a relatively easy task to find a minimum of 50 New Zealand children for the New Zealand contribution. But the usually reliable research sites (schools, community groups) had disappeared and I had to resort to more informal approaches talking to colleagues, friends, and friends of friends (the time-honoured ‘snowball’ effect).  The Office of the Children’s Commissioner, the government policy agency provided valuable assistance but returns still remained sparse as the May 3 deadline for responses loomed.

Suzy to the rescue

I finally turned to Suzy Cato, the much-loved local children’s television presenter who was taking a leading role in the national educational TV initiative, which had been quickly set up to complement at-home schooling. A request posted on her Facebook page (with 15,000 followers) pushed responses over the line. The final tally of New Zealand children was 60, when my expectations were of hundreds more.  Many other countries did little more than reaching the minimum number or responses.  Considerably larger returns came from countries such Belgium (n=698), Philippines (n=236) and the UK (n=290) (more findings).

The research method was pre-determined by the German research team (led by Maya Goetz), designed to seek responses to an online, anonymous questionnaire of 19 questions (mainly tick-the-box), directed to a specific audience, (children aged between 9 and 15 years), once consent from a parent or guardian had been granted. The research should have benefited from on-line, ready access to global research populations, as well as enabling a targeted questionnaire to be quickly developed and translated into different languages (26 in this case).

But because many children failed to complete this on-line task, with 9,563 children starting the questionnaire but only 4,267 finishing, which suggests that there were problems of understanding the purpose and/or structure of the questions(especially with younger respondents),  and probable resistance to the length of the task. This is despite the research being advantaged by three significant factors:  timeliness, reach and targeting. 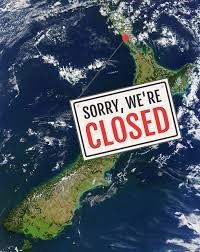 Focus on the global

Although I have hesitated to draw any major conclusions from the 60 New Zealand children who contributed to the research, there is considerable value in the overall (global) outcomes.  Fuller details of these outcomes have been published, or are due to appear (see here). Of particular interest is the information regarding the use of media during a state of lockdown in many of the participating countries.  A majority of children were able to identify misinformation (fake news), to varying degrees, were aware of vulnerable groups likely to exposed to the virus and were aware of what personal health measures were necessary to minimise risk.  In one example, 79% of the children expressed dis-belief in the pervasive rumour that the virus had been spread by a foreign government as a weapon.

Media played a significant role in their lives during these weeks, as a source of education, information and entertainment.  There was an increase in the use of certain media forms—most especially television, with nearly 47% increasing their television viewing and a majority (61%) of the youngest respondents choosing this option.  At least half of the children in the survey turned to media when were feeling sad and more (60%) when they experienced loneliness.  A great majority (80%) found comfort through contact with friends and relatives through social media such as Instagram and WhatsApp. Nevertheless, nearly one half expressed dissatisfaction with media news about COVID-19 and reported that they were unwilling to read, watch or listen to any more coverage. Such findings suggest, that for the majority of participating children, the media (children’s media in particular) has played an important role for children living through a global crisis.

Even though since late June 2020, life in New Zealand has returned to some kind of normality, life may never be the same.  Our borders remain closed except for approved returnees and anxiety about the future persists.  We have also been appointed as an exemplary country which has best dealt with the crisis, through its swift action and exceptional political leadership. But there is still many a story to be told about our particular COVD-19 experience, most particularly the experiences of our own Tamariki (children). I was pleased that New Zealand played a small part in IZI research, but it only tells a partial story.  There is much more to explore through different, locally-focused research approaches, such as interviewing, storytelling and memory.

Geoff Lealand. Educated in New Zealand and the USA, Dr Geoff Lealand was part of Screen and Media Studies (formerly Film & Television Studies) at the University of Waikato during its most vigorous time of expansion, and was an integral part of its steady growth – through teaching, research and publication output for more than two decades. His teaching and research activities were centred on television studies and audience research, issues of media and cultural identity, writing for the small screen, journalism training, world cinema, media literacy and teacher training, research methods, and children’s and adolescent’s use of media. His website Cinemas of New Zealand, dedicated to the art house/independent sector in New Zealand, can be found at www.cinemasofnz.info.