The death of Prince and the triumph of Leicester City in the English Premier League.

One inevitable, the other not so. Each, untimely.

No-one really knows as yet why either event occurred. One should become clear in the near future, while the other may remain eternally mysterious.

Michael Jackson, Prince, and Madonna (MJPM), all born in 1958, were among the biggest early stars of the MTV world (taste advisory—the link I just offered includes REO Speedwagon singing “Can’t Fight This Feeling” out of tune, ending with way too many close-ups on Kevin Cronin’s face [and this isn’t the “official” video, in which the unholy confession about the teddy bear is adorned with epoch-defining mullets and gormless white-guy overbites] and a skittish pout from working-class Tory Bill Wyman in the promotional clip for “Start Me Up”).

Prince’s death means two of the three great figures of pop from the class of ’58 are gone. Only Madonna remains, and her reputation is descending to the levels of excess and dross that the scandal sheets attribute to her fallen colleagues.

MJPM’s videos, music, and personal style were key figures of identity politics from the 1980s. But despite the rather desperate 1990s cultural-studies anthologies about Madonna the feminist, as ever way behind the times, they were essentially big-haired, power-dressing Cold-War icons, who struggled thereafter. Sorry. But from, say, 1992, there’s not much to be said.

The extraordinary black Brazilian samba reggae group Olodum from Bahia, primus inter pares of the blocos afro, collaborated with Jackson on his only truly important song, “They Don’t Care About Us,” from 1995.

It’s a remarkable affirmation of civil rights and the seemingly inevitable failure of so many white folks to view their black sisters and brothers as human. At the same time, the song is controversial. It features what is taken by some to be anti-Semitic wording; it is exploitative, because of the power imbalance between US performers and those from Bahia; and it is multiply authorial in the US black-genius tradition rather than the collective Afro-Brazilian one: sung by Jackson and shot in Rio de Janeiro’s Favela Santa Marta by Spike Lee, with security services provided by narcotraficantes (he filmed another video, featuring the Rodney King beating footage, inter alia, but with its principal diegesis in a US prison). The message lingers: today, the tune is anthemic for the Black Lives Matter movement in the US.

Olodum is symbolically located in Salvador de Bahia’s Pelourinho, at the center of Brazil’s slave trade, which ended as late as 1888. Olodum promotes and incarnates the Afro-Brazilian religion candomblé through its own non-governmental organization, which sponsors a percussive/Afro-culture school, a music and art festival, and a cultural center. Olodum provides these services in the name of the fight against ‘covert racism and extreme social differences.’

The group/formation was propelled into worldwide celebrity by performing on Jackson’s song, which was a percussive gift from them in any case, when one considers its beating heart, though the lyrics are his and equally significant. Olodum arranged for the narcos who provided Jackson with a security detail. The Brazilian state opposed the entire venture.

Olodum’s colors are wonderfully suggestive: ‘Green represents the equatorial forests of Africa; red the blood of the blacks; yellow the gold of Africa and black the pride of the black race, while white represents world peace.’ They are ready to work with the state and commerce to support their aims. As João Jorge, Olodum’s president, put it, ‘we helped to word the constitution of the state of Bahia and helped to formulate a clause about the rights of black people.’

It’s easy to write off their collaboration with Jackson as exploitative. Absent proper political-economic information about who got paid what, who holds the property rights, and how much Spike and Michael could be bothered to transcend poverty tourism (anyone for Portuguese?), it’s tough to translate the dystopia of corporate privilege versus the utopia of black solidarity into a credible accounting. It’s interesting to note that Lee says he persuaded Jackson to go to Brazil, and even change the sound to involve Olodum’s drums.

Most popular protest songs reject conventional political organization in favour of individual response to issues or fantasmatic grassroots representation. “They Don’t Care About Us” differs: beating within it is the fundamental organizational nous and commitment of Olodum in the worldwide struggle against racism and the particular significance it has for the Americas. The video is worth revisiting, with additional trips to their “own” work, perhaps most notably this stunning record of a performance in their home terrain of Bahia.

I almost forgot—Leicester City. They’re a segment of the unscrupulous Thai oligarchy. And those ’80s—take a peek at permed big hair meets Dr Freud courtesy of mimetic desire as REO Speedwagon reclines on the couch for “Keep on Loving You.” It doesn’t get any better than that. Well, just maybe Olodum. 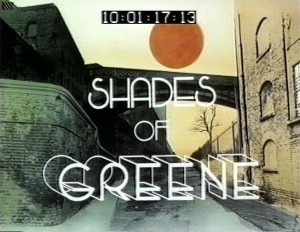 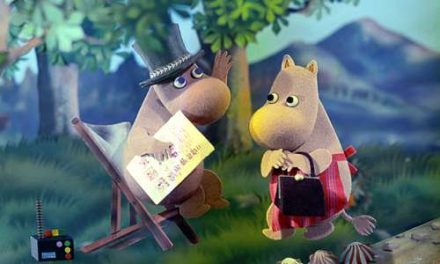