THE TWENTY-FIRST CENTURY IS WHEN EVERYTHING CHANGES by Lorna Jowett

As a TV scholar and a science fiction fan, I enjoyed watching An Adventure in Space and Time, a drama documentary about the early years of Doctor Who when it was broadcast in November of last year as part of the series’ fiftieth anniversary celebrations. It offered a sympathetic look at the partnership between Doctor Who producer Verity Lambert and director Waris Hussein, and acknowledged that by virtue of being either female or non-white they had to fight harder to better their respective careers in the industry.

The programme documented events from the 1960s, but looking at images like this in 2014, I find myself wondering how much things had actually moved on. After all, BAFTA-ward winner Helen Mirren recently went on record as agreeing that there are too many bodies on TV, pointing out: ‘Most of those bodies are young women’. The ‘2014 Hollywood Diversity Report: Making Sense of the Disconnect,’ published by the University of California, Los Angeles’ Ralph J. Bunche Center for African American Studies earlier this month, suggests that the US industry ‘is woefully out of touch with an emerging America, an America that’s becoming more diverse by the day.’ In a press release from UCLA about the report, Ana-Christina Ramon, one of the authors, points out that ‘The underrepresentation is especially noteworthy because the study found that greater diversity in TV and film productions actually increases viewers, resulting in higher profits for studios and networks.’ Indeed this appeal to the bottom line is what makes this study so germane, and the findings of the report so baffling.

The first seasons of Doctor Who spin-off series Torchwood open with character Jack Harkness intoning: ‘The twenty-first century is when everything changes.’ I’m taking this statement as a reminder that not all is negative about diversity in television, despite the news items above.

I have always been interested in issues of representation in the fictions and images around me. As I told a first year class in a guest lecture earlier this year, I see feminism not as something that I ‘do’ but as something that makes me who I am. Representation engages me as a consumer, as a fan, and as a scholar or analyst of television and other forms of popular culture. Marking student scriptwriting pitches with a colleague last week, I felt compelled to ask more than one group, ‘Where are the female characters?’ Sometimes I think my students and even some of my colleagues find it rather wearing that I constantly ask questions about gender and sexuality, race and ethnicity, or disability, as though the answers were obvious. In this case the answer was obvious: the female characters were ‘wife’, ‘girlfriend,’ or ‘mother.’ Having just watched the first episode of Belgian drama Salamander, currently showing on BBC Four, I couldn’t even truthfully say, ‘this drama will never be made if you can’t do better than that.’ Nor can I really blame students for replicating what they see in other TV shows—but I doubt I’ll be watching much more of Salamander.

Diversity, or lack of it, isn’t just about what’s in front of the camera, though, it’s also about who’s behind it. It may seem to smack of essentialism to say, as Michelle Rodriguez did at last year’s Comic Con

that to get better parts for women in TV and film, we need more female writers. After all, there are women writers in TV. In a recent panel discussion forming part of BAFTA’s guru programme, Paula Milne listed several—thought up, she said, off the top of her head as she was at the tube station—and suggested that attention should be focused elsewhere, not just on writers. ‘We should progress this argument now,’ she advised, ‘of course there’s not quite enough [women writers] but it’s about something else. It’s about where are the women directors and how is our work interpreted and how do women engage in the industry.’ So where are women and minorities in the media?

Creative Skillset’s latest research for the UK shows that:

Like the UCLA report on Hollywood, these levels fall far short of paralleling the demographics of the population and while employment of women in the UK creative industries has risen since 2009, the numbers of those from minority ethnic groups has declined over the same period. Directing is especially underrepresented for both women and minority ethnic groups and, as Milne’s comment quoted above points out, this can have a knock-on effect in terms of interpreting the work of writers, or supporting the work of producers. Discussing this in terms of gender, Melody Bridges notes that

Development and Production departments at film and television companies are full of highly skilled successful women who are dedicated to their profession. But who wants to be a director? This involves long hours, travel and infrequent pay. The key years when a director needs to be dedicated to taking on challenging projects, 30s-40s, coincide perfectly with the time when many women are choosing to have a family.

Bridges recounts how she has interviewed industry professionals about sexism in the industry. Some of the (anonymous) offerings she quotes chime with my own experience, albeit limited, of talking to professionals about these issues. I had the privilege of chairing a panel on Women in Film and TV as part of a Subject Futures week at my university recently, and heard similar things from the women participating. A female director, who had worked mostly in television, told the audience that crew often admitted that she was the first female director they had worked with. She also talked about making difficult decisions about her career when she had a child. All the female professionals on the panel, whether acting, producing or directing, mentioned how the unwritten rules of how the industry works might hinder culture changes in terms of access to opportunity. This echoes Shonda Rhimes’ recent comments about US television: ‘If it’s been a white boys club for 70 years, that’s a lot of white boys hiring one another. And I don’t believe that that happens out of any specific racism or sexism or prejudice. People hire their friends. They hire who they know. It’s comfortable.’

Rhimes was speaking after finding she and her business partner Betsy Beers were to receive a Directors Guild of America Diversity award, which happened in January 2014.

This award has only been given four times (in 1997, 1999, 2005 and 2009) and is, says DGA president Paris Barclay, ‘an exceedingly rare honor, given only when we feel strongly that someone is making a real difference in the hiring of women and minorities.’ Barclay went on to say that Rhimes and Beers ‘have impacted the careers of dozens of women and minorities–they’ve made stars not only in front of, but behind the camera as well. They’re strong and outspoken advocates for diversity throughout our industry.’ Rhimes herself reported that she and Beers were at first pleased to be receiving the award but then thought more about what it meant. ‘We’re a little pissed off because there still needs to be an award. Like, there’s such a lack of people hiring women and minorities that when someone does it on a regular basis, they are given an award.’

Rhimes’ comments highlight an ongoing debate about what needs to be done to both highlight and rectify such inequalities. The women who took part in the panel I chaired were undecided about what kind of action would be most successful in addressing lack of diversity in television and film. Quotas and positive discrimination have their advocates and their critics, but many women and minorities who work in the media suggest that support from the top is needed to make change lasting and effective. Following the findings of a recent report by Sound Women (the UK group for women working in audio and radio) and Creative Skillset, BBC Director-General Tony Hall recently backed increasing the number of female broadcasters on radio: ‘We have got to be more reflective of the audiences who are listening to our programmes. That is why by the end of 2014 I would like to see half of our Local Radio stations with a woman presenting on the Breakfast shows.’ It’s difficult, though not impossible, to imagine a similar statement about television. While critical of the need for a diversity award, Rhimes is still aware of its potential impact: ‘We’re also proud that the DGA recognises a problem and are trying to fix it. The DGA, by the way, is the only Guild giving out this type of award in an attempt to draw attention to the problem, which I think is kind of badass.’

The women on the panel I chaired were largely positive that things had already changed for the better in the industry. Paula Milne, likewise, urged the audience of the BAFTA panel she participated in not to be ‘depressive’ because, ‘It’s getting better and we should be aspirational.’ The picture is still mixed, but when I talk to my students and share their aspirations, I refuse to be negative about diversity. I’ll try in future to be more badass. Hopefully, the twenty-first century is when everything changes. 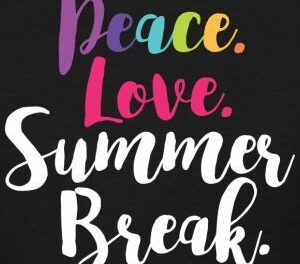 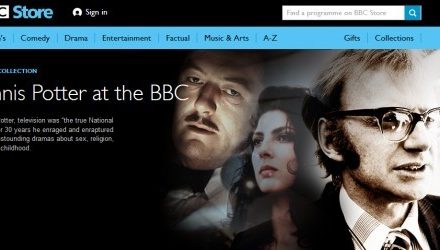 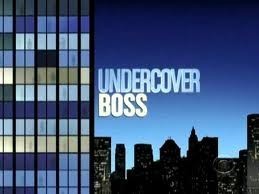