ALL SCREWED OVER BY MACHINES OF LOVING GRACE by Richard Wallace

I’ve been looking forward to the new Adam Curtis documentary Bitter Lake for some time. He is a provocative, exciting and necessary filmmaker who has the rare capacity and courage to make challenging programmes that openly and directly challenge our ideological, economic and political systems. On the BBC.

His recent segment in Charlie Brooker’s 2014 Wipe was one of the most stimulating pieces of last year’s television. Perhaps it is a symptom of a more sanitised, less challenging media landscape that his work always feels provocative, even shocking, and it only increased my anticipation for Bitter Lake.

Keeping half an eye on the listings to make sure I didn’t miss it, I was somewhat surprised when it was announced that the film was going to be available on iPlayer only. The obvious answer to the question of why this might be the case was that it was just ‘too challenging for TV’. This is perhaps an understandable claim given that it appears to deal with the causes and fall-out from the war in Afghanistan and the West’s role in the Middle East (expect oil, Cold War paranoia, and bitterly ironic arms deals). And given the apparent importance placed on the relationship between the West and Saudi Arabia, the timing of its release couldn’t have been more sensitive.

Curtis, however, claims his film being iPlayer-only is not a form of cautious censorship by a corporation due a charter renewal, but a deliberate production and distribution strategy. In an interview with the Guardian’s Paul MacInnes Curtis makes the following claims:

“I have deliberately done this because iPlayer gives me the chance to experiment. I wanted to create something you wouldn’t put on television. It’s a deal I have with the BBC: you can experiment, but don’t cost any money. Bitter Lake was made for £12k, I think – that’s it.”

Indeed Curtis’s turn to online programming mirrors Tony Garnett’s recent statement that: ‘If I were starting out now, I would be on the internet. It is not attractive to those who want to earn fame and fortune […] But the creative opportunities of the internet are seductive’ (in Bignell and Lacey 2014, 28).

So formal and stylistic experimentation appears to be the order of the day. Indeed, a further piece on Curtis notes that iPlayer’s ability to host programmes up to 12-hours long would allow for length to become an exploratory aspect of future programmes, freeing them from the rigid restrictions of the schedule. Bitter Lake is two hours and sixteen minutes long, so Curtis is already making strides in this area. How compatible this vision of mammoth-duration television is with such online platforms, which typically ask for shorter durations, remains to be seen.

The choice of the online platform as a delivery system of original content for the BBC is also seen as a progressive step. Curtis notes that “in five years’ time, everyone’s going to watch everything on iPlayer, so let’s get in there before the bureaucrats do”. In this I’m reminded of the independent musician Zoe Keating’s recent debacle with YouTube concerning the restrictive terms available for placing her music with the service. In particular, Keating’s statement that ‘streaming is no longer advertising for something else, it is the end product’ marks a shift in the way the media industries are conceiving online delivery systems and streaming. What was an ancillary service is becoming the central component. So we could view Curtis as joining the vanguard of online content delivery for a company like the BBC which has its traditional roots in broadcast culture.

But there’s a problem here, because this mode of production and delivery depends on the availability of certain technologies to the audience and fundamentally changes the viewing experience. Firstly, I’d personally like to watch Bitter Lake as part of a wider audience, to have that sense of communal viewing – the on-demand nature of the film means that live communal commentary is impossible (and at the risk of spouting Curtis-like paranoia, perhaps this limiting of conversation is the point).

I also want to watch Bitter Lake on my television, not on one of the much smaller screens with an iPlayer connection. The photograph below seems to embody the ‘screen waste’ of the process I’ve had to commit to in order to view the programme.

However, most importantly of all, I just want to be able to watch Bitter Lake, full stop! You might have noticed the sense of uncertainty in my previous discussion of the programme, and that’s because I haven’t actually seen it yet. And I’ve tried quite hard.

First of all I spent a not inconsiderable amount of Sunday evening scanning the listings of the BBC’s iPlayer pages on my Virgin box to no avail. Thinking that it might just need time to go live (it only launched on Sunday 25th at 9p.m.) I left it until Monday evening. Still no sign of it. However, as those who subscribe to Virgin Media might know, their on-demand service isn’t particularly intuitive for anything that isn’t either schedule-based or ‘catch-up’ television.

Feeling like it might just be my failure to use the supposedly-utopian technology that was available at my fingertips, I turned to our Wii.  This has an iPlayer app installed which is more closely modelled on the BBC’s online version; the downgrade to a streamed SD connection seemed to be a necessary sacrifice that had to be made. However, still there was no sign of the programme. A quick Google search showed that the programme was indeed available on the online version, however it’s accessibility on any box, device or gadget that might allow me to view it on a television screen seemed to have been prohibited.

So I switched to a much smaller laptop screen to access the more traditional internet version – perhaps the way the programme was designed to be viewed, but a seemingly pointless waste of perfectly good television technology that compromised the sound quality, the image size and the viewing experience. Or it would have done if I’d been able to get it to play.

Our internet connection is not perfect, but neither is it terrible. Certainly if like Curtis your view is that all television will be streamed from iPlayer in the future, it has to be achievable on a connection that is available to everybody. In this sense my (really quite expensive) Virgin Media subscription, which the ads tell me includes ‘superfast fibre optic broadband’ and which doesn’t meet the requirements, is falling well short of what would have to become the typical level of access for streaming to become the dominant delivery mode. Those who aren’t able to subscribe to such a service, or who live in remote locations, or share their bandwidth with many other users, currently don’t stand a chance.

Having resigned myself to watching on a tiny screen, I pressed play…and nothing happened. Apart from the dreaded purple swirl of iPlayer’s ‘buffering’ graphic. I think Bitter Lake is probably still buffering. I gave it five minutes of loading time and tried again. Things were fine for about six minutes, then the picture froze, then stuttered, then eventually started up again a second later. This pattern continued for the next ten minutes or so, until the picture pixelated severely, leading to five minutes of fiddling and going backwards and forwards trying to correct it.

We started trying to watch Bitter Lake at 8pm, and eventually gave up around the half way mark at 10:30pm. We’ll go back to it tonight I’m sure, but it was not the ideal way to watch a piece of television that is so dependent on the uninterrupted flow of information for its effect. The connections that Curtis wants us to make between images, time periods, and actions is severely disrupted when there is a continuous disconnect between viewer and programme caused by an imperfect delivery system.

These are issues that might be restricted to my particular system, but I can’t be alone in having this frustrated viewing experience, even if it was for something other than Bitter Lake. Certainly these are issues that need to be addressed, especially if this is to become the standard mode of television delivery. If they aren’t, the viewing of Curtis’s envisioned 12-hour epic will not just be an emotional and physical challenge, but will also be intolerable to watch. That is, if you can get it to work at all.

Dr Richard Wallace is the Research Fellow on ‘The Projection Project’ in the Department of Film and Television Studies at the University of Warwick. He has research interests in aspects of British film and television history, particular the ways in which historical research can cast light on contemporary technological, social and theoretical transformations. Richard has additional interests in the formation and use of television archives, documentary, and screen comedy. He has been a member of the Midlands Television Research Group since 2009, and was its convenor between 2012 and 2014 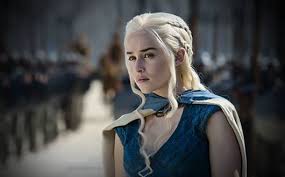 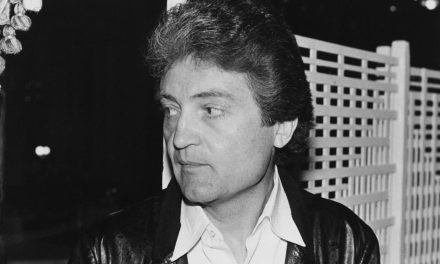 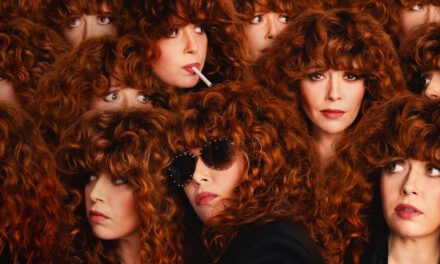