The Netflix series Formula 1: Drive to Survive (2018-) just entered its fourth season. It has stimulated huge television ratings increases for Formula One races (50%) and attracted new female aficionados by chronicling what the New Yorker terms ‘grand melodramas and intricate microdynamics.’

Those genres have replaced the racy scandals of yore, per 1970s libertine James Hunt, commemorated in a favorite Mail on Sunday headline of 2013: “To You, James Hunt Was an F1 Playboy Who Bedded 5,000 Women. To Me, He Was Dad—Who Doted on Me … and his 300 Budgies.” In 2010, the renowned driver Stirling Moss compared the present with the past like this: ‘When the race finishes, instead of chasing girls like they did in my day, now they go and say “thanks” to Vodafone.’ Male nostalgia valorizes a time “When Sex Was Safe & Racing Dangerous.”

Some distance from Hunt and his kind, the Netflix series is part of Formula One’s “We Race As One” strategy. Its sustainable, inclusive rhetoric is designed to attract young people and, modestly, ‘unite millions.’ In keeping with that trend, the traditional scantily-dressed ‘grid girls’ of the racing paddock are gone. Liberty Media, the Gringo firm that owns the sport, decided they no longer resonated ‘with our brand values’ and ‘modern[-]day societal norms’. This has led to intense controversy that is spreading to other sports, such as boxing and darts, featuring ‘promotional girls.’ For its part, Formula E showcases an electric future that it twins with ideas of gender equality.

Formula One glamor has become more corporate and less risky; still captive to hegemonic masculinity, but in its more careful contemporary idiom, as opposed to the libertine imagery of the past. For instance, the sport was once administered by a wealthy coterie of elderly white men. Their internal dynamics, passion for power, adoration of fossil fuel, and untold wealth animated a massive expansion of Formula One around the world. Those good ol’ boys no longer run the joint. Per many sports, they have been shoved aside by brutally bureaucratic corporate managers.

But motorsport’s ‘emphasis on technological progress has always been accompanied by ‘a deep cultural conservatism.’ Formula One still excludes women from most seats of power, perpetuates grotesque gendered wage disparities, and is more than 90% white.

And it still sends cars ‘snaking through the streets of Monaco past grandstands full of the world’s most glamorous women,’ with ‘Naomi Campbell and Heidi Klum hanging off the arms of the team bosses.’ (Campbell is ‘speechless’ over the ban on gird girls.) In short, the sport remains the creature of ‘[i]nternational playboys, Machiavellian billionaires, humble heroes, racing-world royalty, overachieving underdogs, aging has-beens, hotheaded bullies’—and tobacco firms.

Once cigarette commercials were progressively exiled from television, these corporations sought to elude democratic regulation via covert advertising as part of the restless search to manufacture addicts. The best-known company involved with Formula One has been Marlboro, part of Phillip Morris International. For example, a 1989 race saw it on view almost six thousand times during television coverage. The company “adorned” McLaren’s livery for a quarter of a century and Ferrari’s for a decade, until its drug was banned from overt sponsorship in 2006.

Philip Morris quickly shifted to product placement via subliminal techniques. In place of brand names, it deployed barcodes and a campaign based around the search for transforming smoking into a “safe” addiction, signaled with—hey presto—tropes of its usual logo.

For its part, British American Tobacco turned to the use of a company slogan after being barred from naming itself. McLaren’s 2019 ‘global partnership’ with the firm is meritoriously ‘aiming to deliver the world’s tobacco and nicotine consumers a better tomorrow.’ This is referred to in medical research as “smokescreen” marketing. It handed Formula One a cool US$105 million in 2021, US$4.5 billion lifetime (if one can use such a phrase in this case).

Why is this not the object of investigative journalism?

Some writers regard Drive to Survive as ‘a new kind of broken fourth wall between the world of sports and entertainment,’ as Formula One claims affinities with mixed martial arts. These definitional boundaries complicate the lives of sports reporters, who already occupy what is often derided as the toy-store section of media organizations, a conceptual and sometimes physical area populated by fanboys rather than “serious” journalists. Sports appear at the back of the paper or the tail of the news bulletin and are deemed to be of minor historical and political import.

The emergence of dedicated sports channels and stations has given these folks greater institutional prominence and power—no longer must they share newsrooms with those embarked on an allegedly higher calling. As per the freedom enjoyed by Milaneses working for La Gazzetta dello Sport since the 1890s, or Madrileños faithfully incanting the word of Santiago Bernabeu in Marca from the 1940s, no-one at ESPN in Buenos Aires or Sky in Brentford dare suggest sports don’t matter by contrast with the rest of what goes on in the building. But issues of seriousness and legitimacy remain for workers in non-specialist newsrooms.

So where are the investigative journalists probing McLaren’s tobacco deal with a company that says it is ‘providing pleasure, reducing risk, increasing choice and stimulating the senses of adult consumers worldwide’ in an era when such promotions have long been “outlawed?” Some of this ‘dark underworld’ has been criticized by gonzo reporters. But there is still a long way to go from comfy toy world to risky exposure.


Let’s be honest about this. Quite apart from its murderous sponsorships, Formula One functions as a fantasy that both transcends and normalizes everyday motoring. It offers an imagined cockpit, free of drudgery and laden with glamor—as if the endless stream of laughable commercials for sportscars really did depict life on the Pacific Coast Highway. And its impact on the environment is grotesque. More than 3500 people worldwide die in road accidents each day. COVID-19 lockdowns and fears kept these appalling statistics in check recently (apart from in the US). The likely future will see horrendous increases, with killer drivers on the loose once more. And pollutants from cars, trucks, and buses have adverse effects on every human organ. Eight thousand US schools are located within yards of freeways, exposing pupils to toxic emissions day after day, hour after hour.

For all its speed, Formula One is complicit, both directly and indirectly, with both the instantaneous, routine, rapid violence of daily death and with what Robert Nixon calls the ‘slow violence’ of ecological destruction:

“[a] violence that occurs gradually and out of sight, a violence of delayed destruction that is dispersed across time and space, an attritional violence that is typically not viewed as violence at all. … neither spectacular nor instantaneous, but rather incremental and accretive, its calamitous repercussions playing out across a range of temporal scales.” (p.2)

Richard Williams imagines a world without Formula One, when ‘the curtains of history will have been drawn across the entire spectacle.’ What about a day after, when commuter cars are prohibited?

Such hopes echo modern environmentalism’s talismanic writer, Jane Jacobs. In 1961, she wrote that we must choose between the ‘erosion of cities by automobiles, or attrition of automobiles by cities’ (p. 509). The day of reckoning against automobility in general can’t come soon enough. Formula One, Netflix, glamorous people—forget them. Move on.

Toby Miller is Stuart Hall Professor of Cultural Studies, Universidad Autónoma Metropolitana—Cuajimalpa, Research Professor of the Graduate Division, University of California, Riverside, and Visiting Professor at Tulane University. Toby can be contacted at tobym69@icloud.com and his adventures scrutinized at www.tobymiller.org. 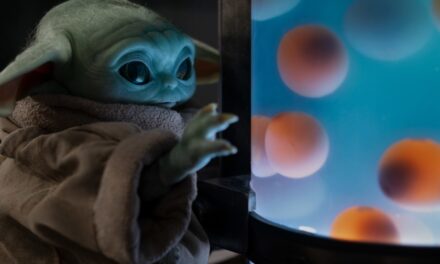 TO BE (DIS)CONTINUED?: SERIES VERSUS SERIAL TV by Richard Hewett 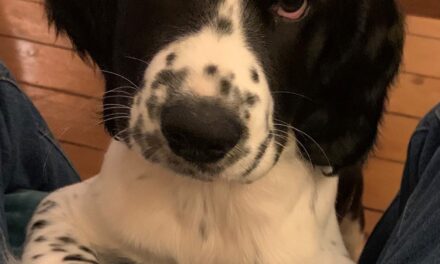 (NOT) WORKING FROM HOME by John Ritchie