In 1986, in a now infamous Saturday Night Live sketch, William Shatner told fans at a Star Trek convention to ‘Get a Life!’.   Drawing upon every cliché of the Trekkie, the sketch playfully mocks the obsessive and socially dysfunctional behaviour that was the reputation of the cult TV fan: 30 years old, male, still living in their parents’ basement, obsessed with trivia, and lacking social skills, ie. ‘has never kissed a girl’.

In 2009, the Supernatural episode ‘The Real Ghostbusters’ (5:9) features demon-hunters Sam and Dean Winchester being lured, by their Number 1 fan Becky Rosen, to a Supernatural convention. The previous season they had discovered the existence of a series of books based upon their lives and adventures that had generated a small but loyal fan following.  At the convention, they come face to face with a fans engaging in cosplay – choosing to either adopt the identity of Sam and Dean, or the persona of one of their many antagonists: hook man, scarecrow, the yellow-eyed demon.

Like Shatner’s SNL sketch, this episode pokes a little fun at the cult TV fan but this time it is done in a more affectionate manner. While Becky conforms to many fangirl characteristics, over-excited and somewhat shrill, she is also able to provide useful information to help Sam and Dean in their mission based upon her fan knowledge of the books. Furthermore, Sam and Dean encounter Barnes and Damien, two characters engaged in the convention’s roleplaying ghost hunt (dressed as Sam and Dean), who put aside their fears and step up to help the Winchesters hunt down and destroy very real ghosts.  The perception of the cult TV fan has changed. These fans help save the day! More importantly, they have crossed the line from passive, socially dysfunctional observer to active, enfranchised, participant; from characters obsessed with trivia, to characters that see beyond the surface details to understand the depth of Supernatural and its complex characterisations.

Reality now mirrors fiction with a particular group of cult TV fans being invited to join forces with the creators of their favourite programme and ‘save the day’. On the 13th March 2013, Rob Thomas and Kristen Bell launched the Kickstarter campaign to raise the funds for their much loved but cancelled cult TV series Veronica Mars (WB 2004-2007) to be made into a movie.  They set a minimum target of $2,000,000 and fans of the series, who have long hoped for a reunion movie, were invited to put their money where their mouth is and help fund the project.  Fans were being asked not just to watch, and rewatch the show, but to play an active role in getting the film made. Well, within 11 hours of the site going live, the target had been reached and at the time of writing 72, 978 people had contributed funding, leading to a total of $4, 802, 987. By the time this blog goes live, the campaignwill be just about finished and we will be know just how far the fan dollar has gone.

This is without a doubt a key moment for cult TV.  While fans have played a role in the return of cancelled series before – Star Trek, Arrested Development, Firefly – this has usually been achieved by fans demonstrating sufficient audience commitment (usually through letter writing campaigns) to convince the producers it is worth bringing it back…or, as in the case of Firefly, making it into a movie.   But here the fans are stumping up the cash, directly to fund the film production.  This raises many questions about this development. Is this an example of decision-making being taken out of the hands of the studio executives and put into the hands of the fans? An exciting prospect.  Perhaps this is the next step on from Joss Whedon’s  Doctor Horrible’s Sing-Along Blog in which he took creative control away from the networks and put it in the hands of the creators by distributing the series online (and later via DVD). Whedon paid for the production (or benefited from industry colleagues deferring fees) with the aim to recoup the money through income generated from online downloads, as well as CD and DVD sales. In effect the fans paid for this project as well, if indirectly.  Whedon saw this project as ‘a new form of artistic community that involves all of you guys [the fans] and all of us [the writers, production crew, actors etc] and maybe not so much some other people [the network executives]’ (cited in Abbott 2009).  Thomas’ project may simply be a more direct approach.   Thomas presents this project, like Whedon, as a collaboration between all those who loved the original series – those who made it, starred in it and watched it.  The Kickstarter promotional video presents it in this light, reminding the fans of the many things we loved about this series and demonstrating not only the creators’ commitment and enthusiasm for the project but also their ability to re-inhabit these roles and this world.

The flip — perhaps darker — side to the debate is the potential that this is a case of the fans being financially exploited, by getting them to fund a Hollywood movie from which they will not earn any profits or even recoup their money.  This possibility gives me pause for thought and makes me somewhat uncomfortable. Of course fans have always paid for their much-loved TV shows, by buying the tie-in novels, episode guides, t-shirts, DVDs, box-office tickets (for the Star Trek, Firefly movies), paying for cable or satellite television, or subscribing to Netflix, to ensure they can continue to see their favourite programmes. The Veronica Mars project highlights that which many of us have known for years, which is that cult television is a lucrative business and the cult TV fan is no longer a pariah to be mocked but a market to be courted.  In the SNL sketch, one of the recurring jokes is the willingness of the Star Trek fan to spend substantial amounts of money for ridiculous keepsakes (e.g.  $30 for a copy of the 1975 Star Trek convention programme, or $60 for a cast photo before Ensign Checkov joined the cast).  Now networks and channels recognise the value of the cult TV fan, a committed viewer with disposable cash that they are willing to spend on their favourite shows (I say this as I drink a cup of tea from my Buffy the Vampire Slayer mug, while wearing my The Walking Dead t-shirt – I judge not).  The Veronica Mars project recognises this. As a result, beyond the incentive of helping get the film made and being kept abreast of developments with the project, thus ensuring that backers feel themselves to be a part of the process, the producers are offering a range of increasingly personalised rewards carefully chosen to appeal to many cult fans.  Incentives range from official t-shirts, DVDs, signed posters to the more personalised ones such as Kristen Bell agreeing to follow you on twitter for a year, an appearance as an extra (and being able to hangout on set and have lunch with the cast), or a speaking part in the film (guaranteed to make the final cut). Clearly fans’ desires to be a part of the process, ie on the inside, are being capitalised upon but as with everything else this is not really new.  At the Destination Star Trek convention in London in 2012, fans could gain privileged access to the stars at private receptions and parties for a price. Perhaps Thomas and co. are simply making the pre-existing financial reality of cult TV fandom more transparent, where the money the cult fan pays is fed directly into the product that they love.

The questions we must ask are, is this a model for TV/film that we are happy to see taken forward? Is it empowerment or exploitation?  I don’t have the answers to these questions but continue to think about them.  I am equally excited and uncomfortable with this project but I welcome the chance to think and rethink about the changing nature of cult TV fandom.

Since the announcement of the Kickstarter campaign and, more importantly, reports of its phenomenal success, everyone is talking about what might follow in its wake.   Joss Whedon very quickly made it clear that he would not be following suit with another Firefly movie, largely due to this professional commitments with Marvel, but also because of the substantially larger budget that would be required to make a science-fiction film, as opposed to a small town Noir. Lists abound online with everyone offering suggestions for what shows could/should be resurrected – Pushing Daisies, Angel, Alias are my top picks.  Of course, just because we want them to come back and Rob Thomas has dangled this brand-spanking-new method of doing so in front of our eyes, does not mean that all of our favourite cancelled cult shows will come back – or maybe even should come back (some magic can’t be recreated).

What seems to distinguish Veronica Mars is the willingness of the creators and cast to return to Neptune, recreate these roles and bring us back into this world.  That willingness, and the love that they seem to be showing to the series (a love I share), makes me hopeful for this project. But it seems to be one of the many ways in which cult TV series refuse to die (or stay dead) but continue to resurrect themselves whether in the form of tie-in fiction, comic book serialisation (The X-Files season 10 will be launched in comic-book form in 2013), Netflix series, or movies.  It is an exciting time for cult TV and the cult TV fan, so let’s watch this space and see what develops.   In the meantime, it is time to dust off my Veronica Mars DVDs and immerse myself in the wonderful world of Veronica, Logan, Keith Mars, and Wallace.  See you at the movies, marshmallows (if you are a Veronica Marsfan, you know that means you)! 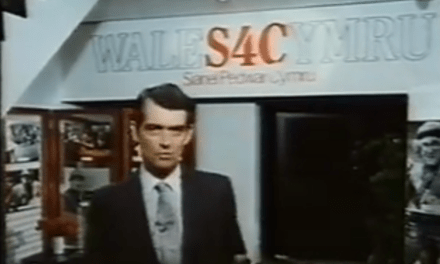