The burning question was who goes and who gets left behind.

Award-winning producer-director, Rory Kennedy’s latest documentary, ‘Last Days of Vietnam,’ dramatically recreates the chaotic endgame and resulting moral quandary that accompanied America’s involvement in the Second Indochina War. She and her creative team burrow far below the surface of the historical record to reveal representative human portraits of those relatively few U.S. sympathizers and South Vietnamese soldiers who escaped the fall of Saigon, which ended the conflict once and for all, leaving behind hundreds of thousands of other collaborators to face the brutal consequences of harsh reprisal, certain imprisonment, and in some cases, death.

The anarchy that was unleashed in those final days is well known, as is the larger historical narrative of what happened when, where, and why. Kennedy was only six years old when Saigon fell in the early morning hours of 30 April 1975 to the People’s Army of Vietnam (PAVN) and the Việt Cộng, a political and military organization that opposed the South Vietnamese Government and their American allies. She and her screenwriter-husband, Mark Bailey, and their co-producer-screenwriter, Keven McAlester, effectively and economically create the larger context early on so they can focus more intently on the human dimensions of the story that lay hidden beneath the socio-political and military realities.

The Public Broadcasting Service (PBS)’s 27-year-old historical series, American Experience, will present the television premiere of ‘Last Days of Vietnam’ on 28 April 2015, commemorating the 40thanniversary of this complex and harrowing finale to the conflict in Southeast Asia, described by one witness in the film as ‘the Vietnam War in microcosm.’ The first chapter (7:28 minutes) of the program is now available online at PBS Video, while the entire work will be accessible to anyone through the same link the day after the April 28 televised debut. 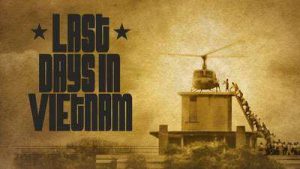 The tangled array of events that led to the end of the Vietnam War were set in motion more than two years earlier with the signing of the Paris Peace Accords on 27 January 1973 by the North and South Vietnamese Governments, the Provisional Revolutionary Government of South Vietnam, and the United States. This agreement was designed to guarantee a permanent two state solution for Vietnam, while connoting a symbolic defeat for South Vietnam and America to many observers, despite President Richard Nixon’s assertion that the treaty meant ‘peace with honor.’ Not surprisingly, the U.S. Senate never ratified the accords.

Rory Kennedy’s ‘Last Days of Vietnam’ also underscores how Richard Nixon’s 9 August 1974 resignation because of Watergate sent shock waves 9,000 miles away in Vietnam. As her energetic retelling of the history indicates, the PAVN and Việt Cộng believed Nixon was a ‘madman’ who would commence bombing immediately if they ever broke the 1973 Paris agreement by initiating further hostilities. Once he was gone, however, all bets were off, as an emboldened PAVN invaded South Vietnam on 10 March 1975, pushing quickly and inexorably towards Saigon.

The goal of the PAVN and Việt Cộng was to reunify Vietnam. The United States’ courtly and old-school ambassador in Vietnam, Graham Martin, serves as a personification of America’s misguided hubris, its utter confusion, and total denial in the face of the oncoming PAVN and Việt Cộng threat. He stubbornly disallowed any talk of evacuation until Saigon swelled with over a million refugees and most escape routes were closed. As the final days approached, there were no good options left. The remaining 80 percent of this 97-minute historical documentary concentrates solely on the endgame that unfolded in late April. April 29 in particular is revivified in intimate and heartbreaking detail.

The youngest of Bobby and Ethel Kennedy’s 11 children, Rory co-founded Moxie Firecracker Films in 1998 with fellow independent filmmaker Liz Garbus. Kennedy has produced and directed more than 25 socio-political and cultural documentaries, including the Emmy award-winning HBO special, Ghosts of Abu Ghraib, in 2007. ‘Last Days of Vietnam’ premiered at the 2014 Sundance Film Festival where American Experience Films acquired the rights to distribute it. After a modest 15 city theatrical release, it was selected as one of the five Best Documentary Feature nominees of 2015, an honor richly deserved. 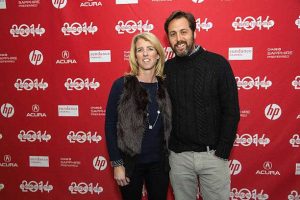 Rory Kennedy and Mark Bailey at the 2014 Sundance Film Festival

‘Last Days of Vietnam’ balances the tragic story of public defeat and the shame of a hasty retreat that deserted a majority of America’s South Vietnamese allies with numerous examples of personal heroism that occurred without official knowledge or sanction hidden in plain sight. The narrative of the film is structured around the commentaries of approximately 20 witnesses who range from former Secretary of State and National Security Advisor, Henry Kissinger, who appears fully engaged at 89, to the aforementioned Captain Herrington, who revivifies as well as anyone the moral dilemma faced by armed service personnel who were given clear instructions to only evacuate U.S. citizen and their dependents or be court marshaled and jailed for disobeying orders.

Mistakes, subterfuge, and misperceptions abound. Because of Ambassador Martin’s tragic delay, the filmmakers depict the U.S. Embassy as a beehive of refugees desperate to leave the country. Special forces advisor, Richard Armitage, shares a story that even his son was surprised to learn about afterwards of how he was briefly locked up for colluding with South Vietnamese Navy Captain, Kiem Do, to evacuate 30,000 refugees on ships across the South China Sea to the Philippines. As he explained on camera, ‘I thought that it was a lot easier to beg forgiveness than to get permission.’ Kennedy and her colleagues also correct the historical record at times, such as clarifying that the iconic photograph of a frenzied stream of humanity climbing a ladder to a helicopter ready for take off during the fall of Saigon actually occurred at the home of the C.I.A. station chief rather than at the U.S. Embassy. 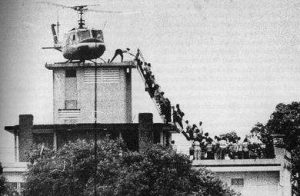 All in all, ‘Last Days of Vietnam’ is a gripping tale of rueful retrospection not to be missed. The executives at American Experience should be commended for taking on a subject that never sugar coats those final 36 hours, which brought the 30-year Vietnam War to a humbling and abrupt close for the United States. More than anything else, it’s the story of the South Vietnamese refugees who escaped, many of whom repatriated to America, such as Miki Nguyen and his family, who now live in Seattle. Miki recounts how his father, Ba, piloted a Chinook alongside the U.S.S. Kirk, dropping him at six and the rest of his family on to the deck before crashing the vehicle into the sea because it was far too large to land on the ship. Ba then miraculously surfaced in the water and was lifted aboard to safety.

Given that the incidents covered in ‘Last Days of Vietnam’ happened 40 years ago, many potential viewers may simply be unaware of the cataclysmic events that surrounded the fall of Saigon, while others may consider it ancient history and ask why revisit such an ignominious part in America’s past. The answer is that there is still a lot to learn that Kennedy and her team uncovered in their research and present in the documentary, such as 12 minutes of never before seen Super 8 footage that vividly brings to life the helicopter airlift of the South Vietnamese who were lucky enough to escape. All told, an estimated 130,000 refugees got out of the country during the fall of Saigon, many of whom and their offspring make up the 1.5 million Vietnamese Americans who currently reside in the United States.

What Kennedy and her team were able to uncover through their resourcefulness will surprise even those audience members who lived through and remember this pivotal historical moment first-hand. In a nutshell, ‘Last Days of Vietnam’ never scapegoats or falls victim to the one bad apple excuse: it clearly demonstrates that by 1975 the American presence in South Vietnam was broken, inept, and unwilling to accept defeat. The courageous individuals were those who bucked this system to do the right thing. Kennedy’s film will not be the last word on the subject, but it makes its own unique and valuable contribution to the conversation. Next up from PBS on the topic is Ken Burns and Lynn Novick’s 10-part 18½-hour miniseries, The Vietnam War, scheduled to premiere during the fall of 2017.

Gary R. Edgerton is Professor and Dean of the College of Communication at Butler University. He has published twelve books and more than eighty essays on a variety of television, film and culture topics in a wide assortment of books, scholarly journals, and encyclopedias. He also coedits the Journal of Popular Film and Television. 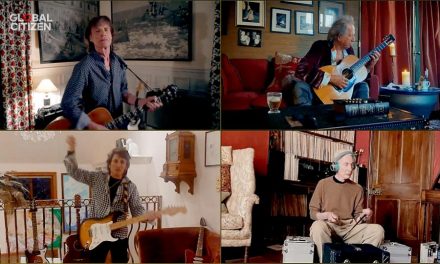 WHAT DO WE NEED IN A CRISIS? BROADCAST TV! by John Ellis 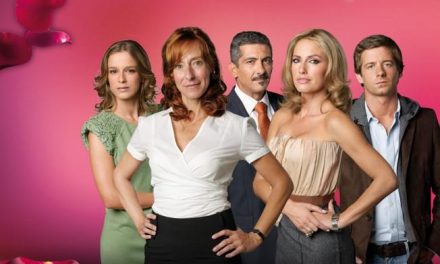