THE END OF DISTRACTION? MUSINGS ON THE DEATH OF MICK ASTON by Elke Weissmann

The news of the death of Mick Aston (24 June 2013) came for me with a real sense of loss. Not only had Time Team (Channel 4, 1994-2014) been cancelled, but now there was no chance of bringing it back, no matter how outspoken the fan community might be (you just have to read the comments on Current Archeology to see how much the programme will be missed). In that respect, I probably felt like a fan of The Sopranos (HBO, 1999-2007) on the news of James Gandolfini’s death. My reaction actually surprised me somewhat, and led me to reflect on what it was that I would miss. My rather indifferent relationship to The Sopranos and most other ‘quality’ TV drama in that respect proved rather insightful.

Unlike most people I know, I watch very little ‘quality’ TV drama. I have seen one season of most, and I appreciate that they are well-made and often interesting. But there are two things that I don’t like about them. The first one is that I find their female characters often insufferable (largely because I am constantly asked by male friends and colleagues to comment on how amazing they are). [i] The second, and this one relates to my sense of loss in respect to Time Team, is that they ask me to watch without me being able to do anything – and I mean – anything else. No tidying, no cleaning, no cooking, no internet surfing, and most of all, no talking. It doesn’t take a lecturer in cultural studies to tell me something about the gendering of this list. And I also only need to quickly refer to John Caughie to remind us of how we have in the past thought about our ‘distracted’ engagement with television. Time Team, on the other hand, allows me to do all this. It allows for a distracted engagement that draws you in at key points so that you know what happened at the site that was dug this week. Indeed, its format was so well established over those 20 seasons and 230 episodes that you knew exactly at what time to look so as not to miss the important bits.

This distracted view is how I’ve known how to watch Time Team and actually all British television since I first came to live in the UK as an exchange student in 1998. The programme by then was already attracting audiences of up to 3.5 million viewers and had a significant cult following amongst my peers at Stirling University who watched it, openly, because it was on Channel 4, by then already the channel of choice of the younger, better educated 20-somethings. One or two students at least, however, also admitted to me that they really liked the programme itself. It reminded them of home, where they presumably watched it with the family. And for me, probably like many other viewers in those 36 other countries  where the programme was exported to, it became quintessential to my understanding of Britishness and British academic life.

Like most other programmes that are directly exported from the UK to the world, Time Team is, of course, part of heritage TV. It thus represents Britain through the lens of nostalgia and as utterly wrapped up in the narratives of its own past. As a result, Britain appears as at the same time great and harmless. It appears as great because it has so many stories to tell, with every field and backyard stuffed full of history. At the same time, Britain appears as harmless because all of these narratives crucially lie in the past. Thus, rather than having anything to say about the current situation of the UK (particularly in relation to the rest of the world), heritage television, and Time Team in particular, constantly deflects our attention to how the world came to the UK. And this is a second reason why the programme is particularly appealing to a foreigner like myself. Rather than having to deal with its colonial heritage, programmes like Time Team allow the viewer to imagine the UK as a country essentially defined by migration whilst representing the outcome of this migration as reason why the UK is great. Of course, this is a particular migration, one that flatters someone from a European background whilst wilfully writing out its non-white history.

The image of the UK that emerges from Time Team, then, is one of a white culture, focused on the study of its own history; and with this image rises the stereotype of the ‘eccentric Englishman’ that Mick Aston, together with Phil Harding, so perfectly embodied. This stereotype is as well-established on the Continent as it is here, largely due to musicians s

uch as Peter Gabriel or Joss Stone. Often connected to images of the West Country, where Phil Harding is from, the stereotype evokes ideas of free-spirited living that expresses itself as much in environmentally sustainability as it does in eccentric clothing and hairstyles. In that respect, Mick Aston, as we saw him on Time Team, lived up perfectly to stereotype, even though this was potentially one of the few affectations of the programme. Aston, of course, became known for his stripy jumpers and wild hair, but only after a commissioning editor in the first season found his all-blue outfits too boring and asked him to wear more colourful clothing. In response, apparently as a joke, he showed up in the most garish jumper he could find only to be told that it was ‘perfect’. In that respect, the commissioning editor understood the draw of the television character: appearances have to convey character traits that are

instantly decodable by a variety of audiences, including foreign ones. Aston’s unruly hair and stripy jumpers thus came to embody the slightly over-educated, non-conformist Englishman, or to be precise ‘the other Englishman’ to the more instantly known stiff-upper-lipped, bowler-hat-wearing, civil servant type connected to greater London.

But the pleasures of the programme extend well beyond this recognisable stereotype. As an aspiring academic (even if I didn’t know it then), I also watched Time Team because it makes visible the process of thinking. Again and again, we see the team deliberating over a piece of earthenware or iron or skeleton found in the ground. While one expert voice provides the factual knowledge that makes sense of the piece of evidence, the rest of the team consider what this means for the site as a whole. In this process, nothing is fixed until the very end, and as a result, the debates between the different experts can be treated by the viewer as background noise, polite palaver or interesting deliberation. These moments thus make visible the process of academic knowledge on the one hand whilst also treating this process as auxiliary to the large ‘presentation’ at the end when the use of drums in the soundtrack remind us to re-focus our gaze to the screen. In these moments of academic talk, we are given the permission to become distracted, to perhaps talk amongst ourselves or focus our attentions to the empty tea cups that have been sitting next to the settee for the whole weekend.

This invitation to watch and be distracted occurs in a soft circular rhythm that is largely structured by the soundtrack as so much of television. Overall, the sound design contributes significantly to the pleasures of the programme. In particular, the dominance of the human voice on the soundtrack, often only accompanied by soft keyboard music, creates a sense that the viewer is part of an on-going dialogue. Television in this environment becomes another member of the family which, we can assume as a result of Time Team’s slot in the Sunday schedule, is assembled to bring the weekend to a close. This member, however, brings the outside world into the family home, and thus connects the individual viewer to the social structure of the nation – a part of television’s public service remit all too often overlooked.

Of course, this additional member of the family speaks with a particular voice – one that is largely male, masculine, white and, despite its strong regional accents and some members from a working-class background, including Aston, also quintessentially middle-class. Whilst this voice betrays emotions (particularly enthusiasm and joy in moments of discovery), it nevertheless remains understated, laced with humour and as a result sounds decidedly self-depreciating and rational. This is far removed then from the working-class and feminine address of traditional soap opera, and not that far removed from the middle-class, masculine address of quality TV drama. But, and this is the big but, this remains a voice that invites talk and distraction, and hence continues television as a medium of sociability and sharing. And it is this acknowledgement of the TV viewer as situated in a social structure inside as well as outside of the home that I shall miss.

Elke Weissmann is Reader in Film and Television at Edge Hill University. Her books include Transnational Television Drama (Palgrave) and the edited collection Renewing Feminisms (I.B.Tauris) with Helen Thornham. She is vice-chair of the ECREA TV Studies Section and sits on the board of editors for Critical Studies in Television. She migrated to the UK in 2002 after realising that German television was as bad as she remembered. 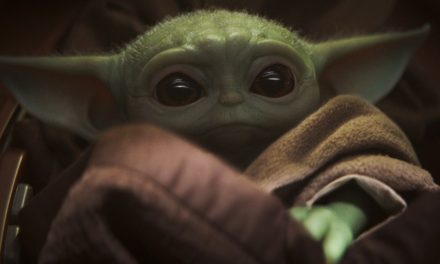