THE CHAOS OF CHOICE ON TELEVISION by Douglas Howard

So, the other night, I spent somewhere in the neighborhood of half an hour just channel surfing—not watching anything in particular, just scrolling through the channel guide.  If I actually surfed and had been surfing out on a beach somewhere, I might have just been getting started at that point.  I might be here now talking at great length about the waves that I caught, how rough the ocean was, or how long I was able to keep the ride going.  In this case, though, my nice, long ride was no point of pride.  In fact, I’m still kind of disgusted that I burned half an hour of my life in search of something to watch.  But I needed nearly that long to run through all of the options at my disposal, from the various live television shows and sporting events to the DVRed dramas that I hadn’t caught up on to the laundry list of On Demand movies and TV shows that I could start to all of those Amazon Prime offerings that I could watch for free.  Since I turned it on with no direction or no particular show in mind, my television was quick to offer me the wonders of the universe at the push of a button.  The ever-expanding television universe, however, is not something so easily navigated, at least not any more.  Come to it with nothing more than a little curiosity and your remote control, and you may literally find yourself on a five-year mission with Kirk, Spock, and McCoy.

This is the chaos of choice on contemporary television, the blessing and curse of the increasing variety at our fingertips.  At one time, we could only choose from a handful of broadcast stations and then, perhaps, a handful more of cable channels.  If we didn’t want to watch what was there, we could make the long trek, through wind and rain, to the local video store and rent a VHS tape, or else we had to make do and settle for what was there, a captive audience indeed.  In the early 90s, Bruce Springsteen could famously lament that he had “57 Channels (And Nothin’ On)”; the song’s irony worked for his listeners, at the time, because fifty-seven seemed like a large number, and they could relate to the expression of frustration, in spite of what appeared to be extensive choice.  People probably could scroll through fifty-seven channels in a short period of time and come to the same conclusion.  But, baby, we were born to run (or watch), and now we can multiply that fifty-seven by powers of ten.  Is there still nothin’ on?  It will take you more than a two-minute song to find out, and the odds are better than average that you will find something to entertain you.

That choice may not be such a good thing, though.  While the greater variety in programming means, more and more, that television will find a way to satisfy the most fickle of viewers, it also means that there is a greater chance for viewers to be paralyzed by the act of choosing itself, by the multitudes upon multitudes of options and how they all compete for the various psychological and contextual needs of each individual viewer at that moment.  I am reminded of a 2004 Chronicle of Higher Education article by Barry Schwartz on “The Tyranny of Choice.”  As Schwartz concludes through his research, “increasing options does not increase well-being”; rather, it “increases the burden of gathering information [on the part of the chooser] to make a wise decision [as well as] the feeling of missed opportunities.”  And so, in that moment of choice, with remote in hand, that “gathering” not only leads us now to “bigger waves” and “longer surfs”—Dude!—but, even having made that difficult decision and committed to that two-hour epic or half-hour sitcom, we still run the risk of replaying “The Road Not Taken” in our heads over what could have been, the Food Network offering uncooked, the late-night talk show unspoken.

I’ve also had that “feeling of missed opportunities” beyond my adventures in channel surfing, from the general excess of programming content, with more new shows starting all the time.  According to an eye-opening Associated Press piece in the New York Times, “there were 352 original scripted series shown in 2014 on broadcast, cable and streaming services. That doesn’t count news, sports, talk shows, documentaries, movies or reality shows.”  And that “pace,” as the article notes, “is only accelerating.”  With those kinds of choices at our disposal, there’s simply no way to watch it all.  Something has to give.  Out of necessity, I’ve become pretty merciless with my viewing decisions, to the point where I’ve had to draw a line in the sand and come up with a magic number for how many shows I can and cannot follow at any one time.  (Right now, it’s about three or four a week.)

In this regard, I can certainly relate to what Elke Weissmann said here a few weeks ago, when she talked about how the commitment to binge-watching American serials had reduced “the number of programmes that [she did] get to watch.”  If television provides an escape, in some respects, from the stress of our daily lives, even if we write about TV, it now troubles us with the alternate stress of choosing between so many worthy options, a stress that is all the more complicated, as in Weissmann’s case, by the competing demands of work and family and the growing lack of time to watch.  The choice and the commitment of viewing mean a little more because the time is so precious, and a free night in front of the television now turns us into Indiana Jones in that room full of grails.  Choose wisely, or you’ll burn a good opportunity.

This embarrassment of television riches also seems to be decreasing the audience for what is watched.  Increasingly, when I get into a conversation with someone about television, I find that we are talking about different shows—discussing their premises, celebrating their virtues, admiring their performances—and, essentially, speaking different languages.  They haven’t seen Justified, but I haven’t seen House of Cards.  They want to know more about Better Call Saul, just like I want to find time to watch The Americans.  We both agree that what we are watching is great, quality television at its finest.  But, typically, neither one of us has the time to invest in yet another series, and we part with the half-hearted promise of catching up on the other’s recommendations, maybe through some binge-watch during a lull in the summer programming.  (That promise, of course, is further compromised because, as the Times tells us, “there’s almost never a lull period.”  With shorter television seasons and more new programming, we can’t get a break.  And, as Weissmann notes, even if we are able to somehow catch up, we still won’t be experiencing them in their original, intended “televisual flow.”)

The Daily Beast’s Kevin Fallon puts it bluntly: “there’s too much damned television.”

While there was a time, not too long ago, where a substantial audience would watch the same show, according to FX president John Landgraf, again in the Times, just to be “a part of the cultural conversation,” that conversation is diluting or diluted.  We’re not all a part of the same conversation at the same time or, from my own experiences, even a part of the same conversation at all, because we don’t need to be, thanks to technology, or because we simply can’t be, given all that’s out there.  As Schwartz anticipates in his book The Paradox of Choice, we are losing the “shared TV experience” (18).  As television becomes more individualized—Verizon just announced that it will allow customers to tailor their subscriptions to what they watch, “to give [them] more choice in how they buy TV” – it becomes less communal, and, while we all may have reasons to watch, we’re not watching for the same reason.  The “TV moment” that once demanded our attention is at risk not because it no longer exists, but because it exists “too much”—on so many channels, at so many times, every week—and the value of any one moment is reduced as the audience for it continues to splinter.

This audience-reduction issue further concerns me insofar as it applies to television studies because it means that the critical attention given to individual shows is probably going to be reduced as well.  Where a number of critics once watched and focused on shows like Twin Peaks, The Sopranos, and Buffy—enough, in fact, to devote full-day conferences to them and to write books and essay collections about them, which would sell, in turn, because there was an audience watching and interested enough to buy them—the odds of a newer show getting that kind of an audience or generating that kind of academic/cultural buzz seem less likely.  And for a sponsoring organization or a publisher, investing in events or work about that show must be an even riskier proposition.

What this does mean, though, is that, in many ways, the need for television criticism has never been greater.  With so much to watch and so little time to watch it, we need as many eyes as possible to sift through and scrutinize all of the content that is available us.  We need discriminating voices to direct us toward the important work that is being done, from the experimentation with form to those probing social commentaries, work that might otherwise get lost in the maze of networks and fall beneath the recording limits of our overtaxed DVRs.  We need writers to identify the latest trends in programming and technology as they happen and to document their effect on us as consumers and viewers.  We need scholars to contribute to the cultural/historical record of the medium as it now stands, because it is evolving so rapidly and the meaning/experience of “now” is less permanent and more unstable.  If television is, as Schwartz calls it in The Paradox of Choice, “the very essence of choice without boundaries” (18) and chaotically so, we need critics to create and provide order, through their ability to organize, define, prioritize, and perceive.

As involved as the act of finding something to watch on television, much less actually watching it, has become, that, too, in the end, is a choice.  Regardless of how many problems all of this programming causes for us as viewers, consumers, or critics, we still choose to carve out some time in our lives, to make sense of the finely-printed grids that have become our television schedules, and to get our entertainment in this way, because the psychological/intellectual/emotional payoff is worth it.  And that’s the motivation that brings us back, whether we’re talking about oceans of water or oceans of television programming. 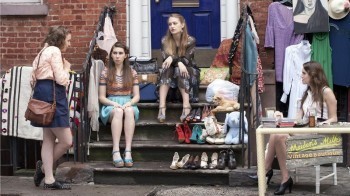 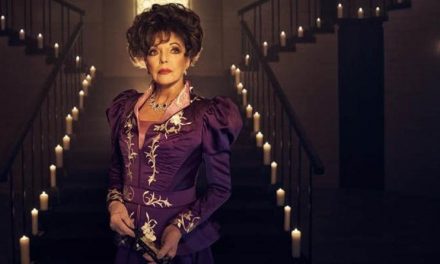