TELEVISION AND CLIMATE CHANGE: WHAT CAN WE KNOW? by Elke Weissmann

It’s the year 2021 and the UK finally seems to recognise the urgency of climate action. It seems to be everywhere: local councils declare climate emergencies and commit to net zero emission by 2030, the British government gives out funding to councils to improve walking and cycling infrastructures in order to change the way we – the average citizens – travel from A to B, and people start talking about electric vehicles and heat pumps.

Other countries too are seeing a sea change in action: Paris, a city that I remember as being utterly car-dependent, suddenly has a green mayor who makes the cycling infrastructure a priority, and even already well-developed places such as the Netherlands put more emphasis on cycling.

But what about television? Screen media undoubtedly help us make sense of the changes occurring but, more than that, they can become active agents in downplaying climate change or spur us into activism (see Maxwell and Miller, 2012).

Television production itself is increasingly putting an emphasis on sustainability. The Bafta Albert scheme, for example, trains people to calculate their carbon footprint and find alternative sources, if necessary, and has been picked up by many independent production companies, broadcasters and indeed the SVoDs (Gündüz Özdemirci, 2016; Sorensen, 2021). These efforts are fantastic, but speaking to some production staff, what strikes me is a real sense of uncertainty about how to best communicate the urgency of climate action. How best, in other words, can we explain to the average citizen what is required of all of us in order to avoid the worst?

There is no question that film and television are trying to rise to the challenge of waking people up to it: at the moment, of course, everyone is talking about Don’t Look Up (Netflix, 2021) a film that uses the metaphor of the earth facing an asteroid hit in order to emphasise the political gaming by different stakeholders that leaves the scientist baffled and shocked all the way through. Last year, Seaspiracy (Netflix, 2021) and before that Cowspiracy (Kip Anderson, Keegan Kuhn, 2014) were in everyone’s minds.  SVoDs in particular then seem to speak to us about climate change.

But broadcast television has also increasingly turned its interest to questions of climate change. Here, what strikes me is the variety of programmes that have picked up the topic. Academic research has so far focused on news reporting of climate change (e.g. Lester and Cottle, 2009; Boykoff, 2008), though there is also research on documentaries, talk shows and science shows (Debrett, 2017) and factual programming (Sedlaczek, 2017) amongst others. I here want to focus on three examples, and just from one broadcaster, the BBC, to give you an idea of the differences:

There is no question that David Attenborough’s recent work, particularly his Planet (2001, 2006, 2016, 2017, 2022) series, has been a rallying cry for conservationism, as well as a gradual campaign to make the impacts of climate change more visible. As always, the emphasis has been on showcasing the marvel of the natural world, to fill us with a sense of wonder that each animal or plant provides. It is the same wonder that Attenborough’s narration and tone of voice often convey and that are usually captured in stunning images. But increasingly, the topic of climate change – and the loss of natural habitats has been directly addressed. For example, The Green Planet, the most recent series, dedicates several minutes of each programme to what human intervention has meant for habitats, what we stand to lose and how we can reclaim them.


The story is then essentially hopeful: it is not too late, we can still do something, we just have to stop growing so much palm and other crops for our convenience. This places the responsibility quite strongly on others – after all, it isn’t us who grow the palm, thus, keeping climate change at a comfortable arm’s length. 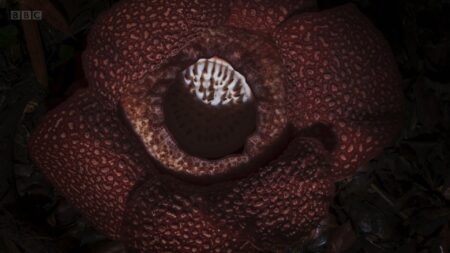 In contrast, the documentary The People vs Climate Change (BBC, 2021) brings it directly into the lives of British people and therefore to us. The programme follows participants of the UK national climate assemblies that took place in Birmingham in Spring 2020. Through a mix of excellent casting, which managed to capture a wide variety of people whilst also showcasing some wonderful characters, and offering quite concrete solutions to our carbon footprints (heat pumps, reduction in international travel, electrical vehicles), the programme emphasises how ordinary people come to realise the severity of climate change and what they can do to tackle it.

Here, climate change moved from the abstract scientific knowledge (temperatures rising, ice caps melting, sea levels rising) to the concrete: in one scene, one of the main participants shrugs off rising sea levels by referring to his age and that he lives above the level that would affect his life. But then another attendee quips that: ‘Bangladesh’s average height above sea level is a meter’, thus drawing attention to our responsibility towards people elsewhere. 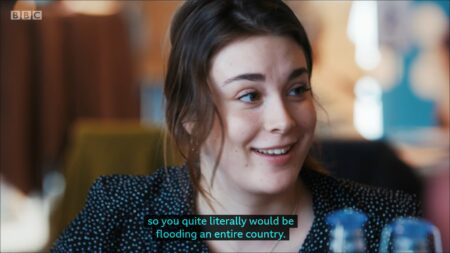 Finally, the lifestyle or consumer programme Shop Well for the Planet? (BBC, 2021) makes these yet more concrete. Going into the houses of different families across the UK to examine their lifestyles, the team of presenters make visible the factors that contribute to our carbon footprint. With the usual payoff of lifestyle television that takes the viewer through a narrative of chaos, insight and redemption, audiences see the lives of these families transformed as they opt to adopt more sustainable cleaning products, electric cars, reduce their shopping habits, etc.

The utter mundanity in which lifestyle is placed thus makes the programme decidedly inspirational. Where The People vs Climate Change showed the big shifts needed, Shop Well for the Planet? highlights that we can probably all do our bit: consume less, consume more carefully in terms of what products we go for, etc. In addition, the lifestyle narrative is also so feel-good that it is difficult not to want to emulate the changes. Climate action then becomes easy and mundane and thus shifts away from the big and overwhelming to the small, specific and doable. 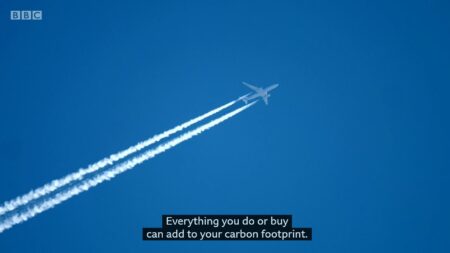 I do not want to argue that any of these are better; rather we need a mix of these in order to bring about the behavioural changes in the wider population that are required. But I want to emphasise that it is precisely because lifestyle is situated in the mundane and in consumption that there is the greatest opportunity to make climate action concrete to a wide audience that would perhaps not ‘buy into’ (pun intended) climate action. What television now has to learn is how instead of making these programmes the exception to the rule, to make programmes talking about climate change become mundane themselves.

Acknowledgement: This is a think-piece for a project called ‘Community-led television, Local Voice and Climate Action’ funded by the British Academy. I would like to thank the British Academy for supporting this project, SustaiNet at Edge Hill University for their valuable feedback on the project in the process of development and Steve Smith from Picture Zero Productions for putting me on this path. 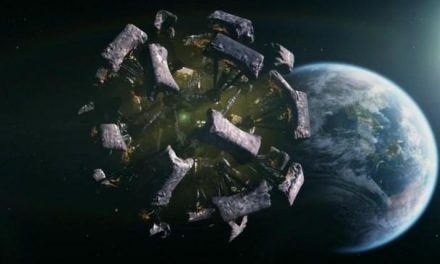 REVISITING ‘DINOSAURS ON A SPACESHIP’: DOCTOR WHO AND MESOZOIC PERFORMATIVITY by Ross Garner