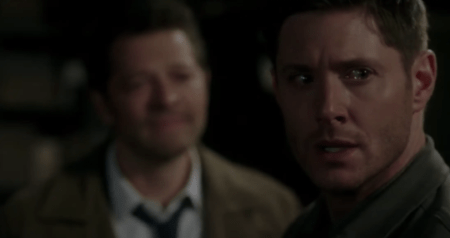 I decided to write this because I felt an almost divine force compelling me to have everybody in TV studies aware of what is happening in a certain corner of the internet.

Where to begin. I’ll start with the show itself. Supernatural (2005-2020) was an American television programme that aired on The CW network for 15 years. Yes, 15 years, you read correctly. For those of you lucky enough to never have seen a single episode, the show was originally about two brothers driving around midwestern America to hunt supernatural beings. It has since devolved into a tangle of discarded and half-baked characters, plot and themes that would be utterly incomprehensible if I were to try and describe any of them to you. But take my word for it – it gets crazy. In the words of Gunn from Angel, it was “what I can only describe as a turgid supernatural soap opera.”

Among the history and legacy this show has created and left behind, the biggest is perhaps its contribution to fan studies. Of all the analysis of “shipping” and contemporary queer reading culture I have read, it always comes back to Supernatural. In essence, the internet is particularly fond of shipping (re: supporting a relationship) Dean Winchester (Jensen Ackles) (one of the brothers) and Castiel, an Angel of the Lord (Misha Collins). Castiel’s character made his debut in the 2008 episode “Lazarus Rising” (4×01) and as a result of the lack of female characters and virtually no long-term romantic prospects for either of the main characters, internet history was born. According to Insider, ‘”Destiel” was a major part of that early 2010s “Supernatural” fandom. It was one of Tumblr’s “top ships” in the early half of the decade, and the “Castiel/Dean Winchester” tag on fanfiction website Archive of Our Own has over 86,000 works to date.’ 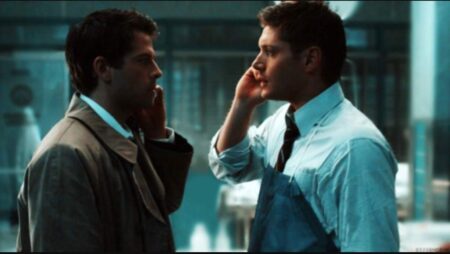 Fast forward 11 years. Much queerbaiting has happened on and off the show. Their implicit romantic will they/won’t they tension reaches its peak hundreds of times over. I would get into it, but I promise I could not fit it in a blog post. In her book Redesigning Women: Television after the Network Era, Amanda D Lotz writes that her colleague noticed ‘the most stable relationship’ in Xena: Warrior Princess ‘is one whose romantic dimensions are unstated’ (2006: 173). In a very similar fashion to the queer subtext of Xena and Gabriel, Dean and Castiel have been working together for years, orbiting in each other’s space, occasionally betraying and manipulating the other for the story, but always ending up together again, in a sort of dependent relationship that almost defies Cathy and Heathcliff. Then, on the 5th of November 2020, in the antepenultimate episode (“Despair” 15×18), the “ship” went “canon” (explicit in the text) as Castiel confesses his enduring love to Dean. The internet exploded. It had been, ostensibly, for some long-suffering viewers, 11 years to get to this moment.

Then he died. Immediately, abruptly died; sent straight to “The Empty”, but I prefer what the fans have called it: “super mega turbo hell.” The implications of sending a gay character who just confirmed he was gay to hell are, I imagine, quite obvious. The drastic increase in engagement (both to discuss and to make fun) on the internet rose so sharply that in Tumblr’s year in review, they curated the best posts about it – “Destiel. Is. Canon.” “Destiel” trended at top place on Twitter alongside the American Election (and false rumours that Putin was resigning). It was mayhem.

Two weeks later, the finale of the show airs (“Carry On” 15×20). No Castiel. He’s mentioned, but the love confession that had been building for 11 years and swept the internet gets no recognition whatsoever. It’s like it never happened. To make matters worse, Dean Winchester is killed by a stray nail in a barn and spends eternity driving around aimlessly in heaven (one Castiel created especially for him) waiting for his brother, never even bothering to look for the poor lovesick angel (who is presumably in the same heaven at this point). As you might imagine, people were not happy! 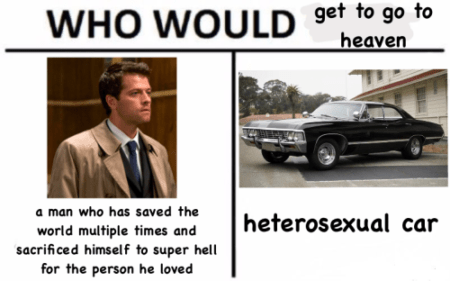 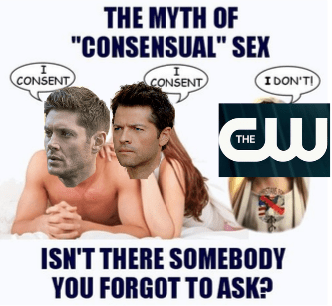 Humour aside, the very real grief that fans felt over this severed storyline is well articulated in deirdre-t’s Buzzfeed article “Supernatural’s Legacy: The Trauma of Silence,” where she details “the power of stories to liberate and to punish.” She writes, ‘The message, in the end, is clear, no matter what the original intention was. Speak your truth, and it will silence you. Live your truth, and it will punish you.” The two characters who have been extensively queer coded over many years were both killed off and are left to wander the afterlife eternally apart.

But wait! It’s not over! The Latin American branch of The CW air episode 15×18, and in the confession scene, the Spanish voice actors (who dub over the English audio) make it clear that Dean reciprocates Castiel’s romantic affection. “Y yo a ti, Cas” Dean (Guillermo Rojas) says (roughly translated to “and I to you”). The internet explodes again. “Y yo a ti, Cas!” they all cry. 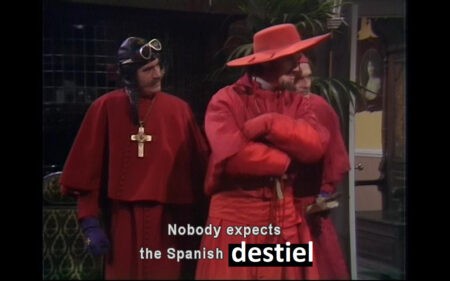 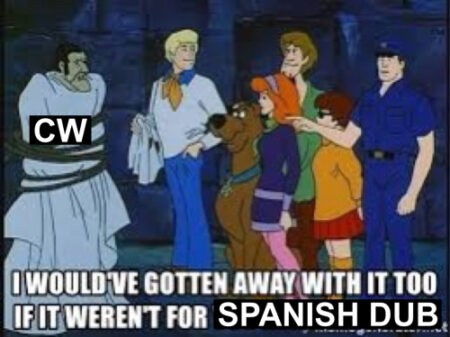 Fig. 6: If you’re wondering – and why wouldn’t you be – Supernatural DID do a Scooby-Doo cross-over episode. Source @ tumblr

And in perhaps my favourite summary of everything that has happened on the internet since the finale’s release, comes this video from tumblr user qudditch-draco:

This apocalyptic event was followed by a series of minor events and revelations about censorship from the cast, crew and fans of Supernatural that are continuing to this very day. Nobody on the internet can decide if the Spanish reciprocation was in the original script, an ad-lib by the English or Spanish actors, or a fabrication altogether. It appears that there was some extensive reworking by the network/crew/somebody to dilute this storyline of its queer sub and text until it was barely recognisable. The Twitter hashtags that trended at the time the dub was released, “#TheySilencedThem” and “#TheySilencedYou” say it all. Fans and non-fans were equally angry at how symbolic this situation was for the wider LGBT+ community. There continues to be a fan-led mourning of what I saw in jest called “The Last Great American Queerbait,” a show that could have made television history of its representation and instead fell flat on its face. 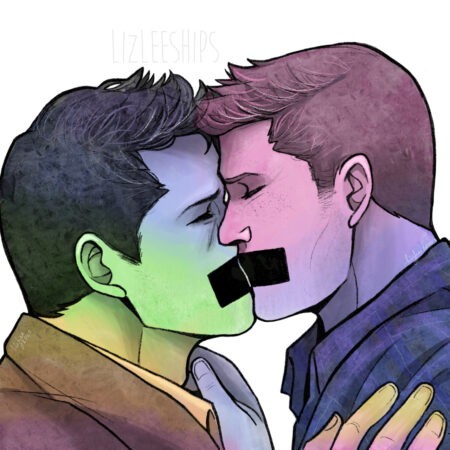 Fig. 7: Incredible art by lizleeships, one of many works that filled social media.

Of course, “Bury Your Gays” as a trope has been around for decades. It refers to a trend in media that is in the name: a gay or otherwise non-heteronormative character is killed. It goes back to, for example, Rebel without a Cause (1955), where Plato (Sal Mineo) tragically dies in a standoff with the police. Of course, he doesn’t textually die because of his love for Jim Stark (James Dean), but narratively, we know he does. He is not allowed to live or be happy as a gay man. So, too, is Castiel sacrificed on the altar of dying for their love, for their desire for more. It would not be so awful if he returned from the dead (as he has many times over the course of the show), but he virtually disappears for the last two episodes. He is not only killed off, but he is dismissed, forgotten about, buried in a little corner of the screen we are not allowed to see. Worse, one of the protagonists of a 15 year long show is similarly killed in the absence of what else to do with a man who, because of an unwillingness to commit to either side, cannot live a heteronormative life, but is not allowed to speak words that would confirm it. The queer characters die, and the movie ends.

So what is the moral resolution to this little tale? Don’t censor your gay characters? Don’t exploit your LGBT+ viewers for cash and spit on them in the next moment? Whatever thoughts and considerations you may take away from this debacle, I want one to be this: it’s 2020, and we should not be still burying our gays.

Rebecca Pearce is an MA student at Birkbeck, University of London. She likes to write about shows she loves to anyone who’ll listen. 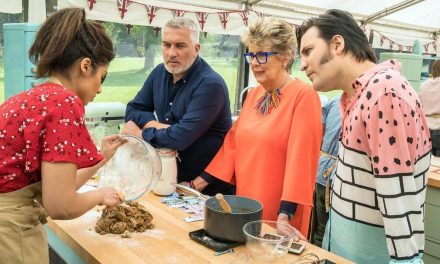 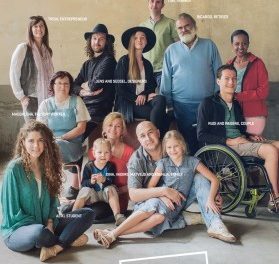