This paper aims to explore, and expand upon, a theme I recently raised at The Media Across Borders conference, Roehampton University (June, 2015), in relation to global television formats and the transnational. In particular, it aims to consider the concept (and in some respects, the term) of ‘Self-Exoticism’, its relationship to transnationalism, but more significantly, how it is represented and constructed in contemporary television.

Both the term and the concept have until now been linked to Orientalism, due in part to its use in the field of literature and Postcolonial studies. However, I want to suggest a more expansive, media/transnational studies-based approach to, and use of the term. Further, by appropriating/re-configuring the term for an examination of contemporary British/European television in particular, I am deliberately pointing to its wider potential for describing contemporary transnational popular cultural practices, and also how the concept is significant to what Elsaesser observes as “The changing function of television with respect to national self-representation” (2013; 11).

The objects of study will be two British television programmes – one, a global format, the BBC’s Who Do You Think You Are? series; the other, the popular television fiction, Doctor Who. Both, in their own way, deal with identity, not only in ways that have had to negotiate a ‘post-national’, transnational sensibility, but in ways which also articulate the changing function and concept of national television. I argue that self-exoticism is at the core of both of these programmes and operates in highly interesting and symbolic ways. For the BBC’s WDYTYA? series, its status as a popular global television format is significant to the concept of self-exoticism and transnationalism, but Doctor Who, as a popular fiction and with its long association with national broadcasting, offers an example removed from the global format industry and where self-exoticism can be seen as part of a process of re-inscription and re-branding for transnational reception.

By expanding and applying the term beyond the narrow concepts of Orientalism and ‘Re-Orientalism’ however, I need first to explain how it applies to contemporary popular cultural practices in general, and more specifically to British/European television.

My own use of the term and concept describes self-exoticism as a means of negotiating cultural boundaries. Specifically, I have explained (Media Across Borders conference paper, 2015) how representations and constructions of self-exoticism through film and television have served to negotiate the boundaries between national and transnational narratives of identity. Self-exoticism does this by acknowledging both states or conditions, and in many ways this is similar to what Thomas Elsaesser describes with his use of the term ‘Double Occupancy’ in relation to the changes in contemporary national and European cinema. For Elsaesser ‘Double Occupancy’, and self-exoticism are closely linked in that their strategies serve both to critique and to accommodate the local/global nexus. His example is of the strategies employed by various European national cinemas in producing films that play to the expectations/aesthetics of local/national culture, but which at the same time acknowledge the veracities of globalization through also attempting to appeal transnationally. For Elsaesser European national cinemas present themselves as the voice/medium of the local in the global sphere. I make no excuse for introducing film philosophy into the discussion because as Elsaesser also points out the recent changes whereby national cinema has become re-branded as ‘European’ cinema has parallels with “The changing function of television with respect to national self-representation” (2013; 11).

In many respects this approach is similar to Graham Huggan’s description of self-exoticism in his examination of ‘Cultural Transnationalism’. For Huggan, “Self-Exoticization is effectively, an awareness of ‘cultural difference’ as a global commodity…” (2013; 83). Whilst not wishing to ignore the commercial logic of either of these positions, we can also consider how the duel nature of self-exoticism represents and constructs the multi-directional nature of contemporary culture. Self-exoticism expresses a set of practices, values and positions that are appropriate for our times. Whilst both the BBC’s WDYTYA? and Doctor Who ostensibly represent and construct local conditions, practices, and narratives, they do so with a knowingness of how these cultural differences are an exotic commodity in a wider transnational and global community. As Huggan observes, transnational approaches complicate “distinctions between ‘domestic’ and ‘foreign’ perceptions… distinctions that help keep the whole machinery of exoticist representation in place.” (2013; 82).

More recently, and perhaps more tellingly, Elsaesser has not only described self-exoticism as “a two-way process”, but also as creating “forms of performative self-display, and therefore as a strategy for regaining agency under conditions of asymmetrical power-relations.” (2015, LJMU Research Seminar). This idea of the performative, and of self-display is of significance when considering agency in both WDYTYA? and Doctor Who.

In the case of the BBC’s WDYTYA? the concept of performative identities and self-display is everything. It alludes not only to the personal narratives explored – a kind of ‘self-othering’ – but also to the transnational and global dynamics of the format itself. In other words, the agency behind a programme such as WDYTYA? lies not so much in assimilating to a homogenous global culture or whole, but in performing and displaying local and national identities as exotic. It is an example whereby national identities play to foreign perception and It is within these acts of the performative and of self-display where the programme and the format become transnational and translatable. They are not so much adherents to a global policy or mindset, but rather, it is an example of television re-inventing itself as the voice/medium of the local in the global sphere. For Elke Weissmann, this recognition of what she calls the “other local” is an important feature of “Transnational Knowledge Cultures” (2013; 73).

In the case of Doctor Who the idea of performative identities and self-display is almost entirely acted out in relation to an exotic other. However, concepts of the other have reversed. The new Doctor Who takes it as read that contemporary local cultures exist within wider networks and with a knowingness of these wider networks and power relations. For extra-terrestial, read global. And in these respects, it is the local or earth-bound culture that metaphorically performs acts of self-exoticism as a strategy to meet asymmetrical power-relations. The latest episodes, The Zygon Invasion and The Zygon Inversion (BBC, Series 9, 2015), is an example of how a post-national and transnational sensibility has permeated the re-writing of a national institution, complicating the distinctions between ‘domestic’ and ‘foreign’ perceptions in ways whereby self-exoticism and self-display describe otherness as a cultural and global commodity. These processes have been very much in evidence since its successful re-launch in 2005 and it is evidence not just of how the series has attempted to make itself relevant to a contemporary national culture, but to the changing function of television with regard to national self-representation. 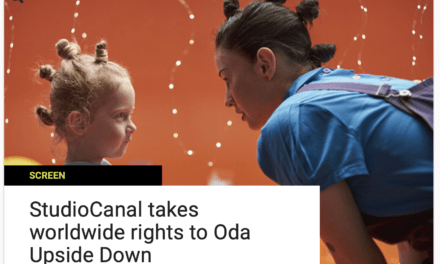 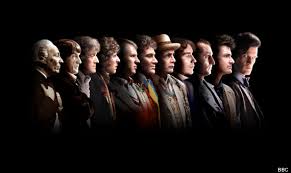 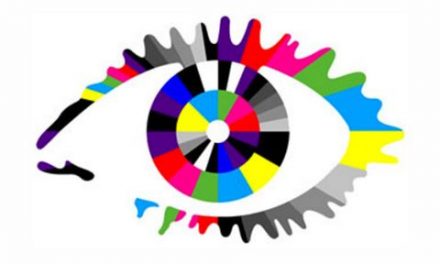