Like many of you, I am now stuck at home, as my University has become a shimmering new constituent college of the virtual campus. We have a virtual learning environment (VLE), sure, and it’s quite good to be fair, but it now resembles a pedagogic souk: a single point of entry allowing access to an array of jerry-rigged tools add-ons and fixes, as academic colleagues shop around for free bits of software (“Oh, thank-you Mentimeter!”) which will allow them to run something as close-as-possible to their scheduled teaching. The surprising thing is, though, just how much television is ‘out there’ for free, including some lost classics and overlooked gems.

For example, for me, the last few days have felt very much like the “Remain Indoors” sketch from That Mitchell and Webb Look (2006 – 10). Go and see for yourselves: all four series are on YouTube, and it popped-up in my ‘recommends’ bookended by Government advice on the COVID-19 crisis. The comments below-the-line are a hoot (as you might expect…).


Nigel Kneale’s supurb 1989 adaptation of Susan Hill’s novel, The Woman in Black, is also on YouTube. My Dad once dared me to sit through it on my own, late one Christmas Eve. It is no less powerful today, and the creator of Quatermass adds some nice technological flourishes – via a handy Edwardian update – which brings the disembodied Alice Drablow spookily to life, via scratchy wax-disc recordings:

Only ever exhibited a couple of times, and then followed by a very limited (and brief) video and DVD release, there it sits in the virtual video library, far superior to the shocks and bangs of the 2012 cinematic version. Sharing texts such as these with students demonstrates that there were periods in television’s history, which attracted prestige writers and dramatists; it’s not just a Netflix thing.

There is a ‘Dennis Potter Collection’ which contains over 150 plays and interviews, including Lipstick on Your Collar (1993) and Karaoke (1996) – but you’ll have to pop-over to Vimeo for Blackeyes:

Only shown once, and never made available on video or DVD, it remains as disturbing today and it did to BBC audiences in 1989. Stray episodes of Armchair Theatre and splinters of Doctor Who abound, only loosely looped into your personalised search-field if you poke about hard enough.

Another forgotten television film on Youtube, is Fourteen Days in May, Paul Hamann’s incredibly moving 1987 documentary about the last two-weeks of a prisoner on Mississippi’s Death Row. The level of access is astonishing, as a young Clive Stafford Smith battles to save the life of Edward Earl Jones.


A follow-up documentary, The Journey, conclusively demonstrated Jones’ innocence. Stafford Smith is now, of course, a celebrated human rights activist, but Don Cabana, the prison governor – who oversees the execution – went on to become an academic and a very active anti-death-penalty campaigner. The film is as much about class and race, as capital punishment, but you can imagine writing “Before Making a Murderer there was this…” in the subject line of a message to students. So, the film serves as a useful tool for opening-up discussions about ethics and consent – often only ever covered in instrumental research processes.

Once you get going, it is quite hard to stop: the children’s television series, The Tripods (1984 – 85), based on John Christopher’s novels, is another forgotten gem. Partly filmed on then Tory grandee Alan Clark’s estate – it even gets a mention in his diaries – it surely laid the ground-work for The Hunger Games, as a group of children fight for their survival in a 2089 dystopian Britain. It’s worth a viewing, just for the gutsy synth sound-track alone. Other sci-fi classics online include The Prisoner (1987), UFO (1970 – 73), and Space: 1999 (1975 – 77).


If you need a palette cleanser after all of this, then there is almost too much television comedy on YouTube to mention. The aforementioned Mitchell and Webb aside, Ripping Yarns (1976 – 79) and Filthy Rich and Catflap (1987) are surely worth a reappraisal?

I have been reading recently about an auction of mysterious moustachioed 70s heartthrob, Peter Wyngarde’s memorabilia, and after looking for coins down the back of the sofa so I can bid for one of his scarfs, I found pretty much all his work on YouTube, including his signature series, Jason King (1971 – 72).

Unintentionally hilarious now, this very popular show – which accounts for a lot of middle-aged men being called ‘Jason’ – was the direct inspiration for Austin Powers.

So, during your exile from your colleagues and students, you might find the lure of the EPG too tempting – there is always something to catch-up on. However, the digital screen doesn’t (quite) give you the full analogue picture. There is plenty of very good quality television online, often uploaded by fans, curated by completists and even scanned from broadcast tapes. Much of it comes with Spanish subtitles; it’s always Spanish subtitles. Using this material carefully and selectively can introduce students to new writers, filmmakers and stories – or versions of things they think they already know. There’s always a lively conversation to jump-in on too, below-the-line, furthering the connectedness television viewing can bring, and which we all could do with a bit more of, right now.

Richard Berger is Professor of Media and Education in the Faculty of Media and Communication, at Bournemouth University, UK. At BU, he is Deputy Chair of the University’s Research Ethics Panel and researches the lived-media experiences of refugee children across the EU, as well as film and television adaptation, and remaking culture. A social-distance practitioner of some renown, Richard is remaining indoors… 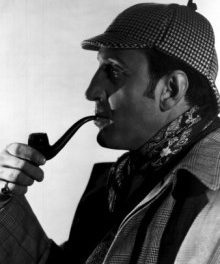 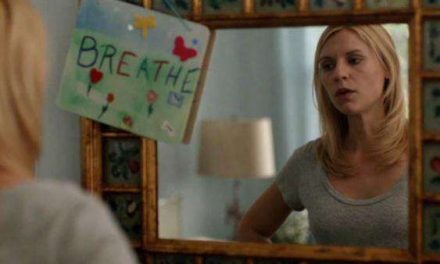 MENTAL HEALTH — ON TV AND IN HE by Lorna Jowett