One thing is for sure: World War 1 is not going to disappear from our screens any time soon. It’s there on all channels from CBeebies and BBC3 to ITV and the more specialist Discovery and History channels. The BBC has entered into full public service mode with over 130 new commissions and over 2,500 hours of programming across four years. It’s been a multi-media, multi-authored event with the BBC, for instance, working with Imperial War Museums and the Arts and Humanities Research Council. The formats have varied from Professor Niall Ferguson’s lecture to an audience of historians and students to blessedly conventional documentaries (the re-run of The First World War (2003)) to fictionalised factual drama (37 Days, BBC 2) to arts programmes on writers and artists of the Great War. Endless educational material is available online and audiences are invited to contribute their own remembrances and responses.

In the last week or so, responses to this commemorative activity have been challenged at the very least, by Jonathan Jones’s attack on the art work, Blood Swept Lands and Seas of Red, created by ceramic artist Paul Cummins, with setting by stage designer Tom Piper, at the Tower of London which, having started quietly, is currently drawing large crowds. As part of his denunciation of this work as ‘ deeply aestheticised, prettified and toothless’, Jones suggested what should be done in remembering World War 1:

“These experiences were real, this war was real, and it means absolutely nothing to reduce it all to vague feelings of universal grief. What we owe the youth of that generation is to attend to the details of the history that caught them in its hungry jaws. We need to smell the rotting earth and gunpowder, feel the boots falling apart in muddy water, the pounding in the chest as the guns started up. The installation at the Tower is abstract, and tells nothing about that history. It is instead a representation of grief as such – a second-hand evocation of feelings about the dead.”

Such words are pertinent to much of the television output including the programme I am focusing on this week, The Passing Bells, a popular drama written by Tony Jordan (one of the UK’s most skilled writers/editors of popular drama.  It’s been made in Poland by his production company Red Planet Production and Apple Film Production As I write, it is being broadcast on BBC1at 7pm on five consecutive nights in the week before Armistice Day.  It will also be shown on Poland’s national broadcaster (TVP) in November 2014.  It tells the story of two teenagers who are underage volunteers at the start of the war and tracks them and their families and friends through the war.

I’m fairly sure that Jones would not see The Passing Bells as meeting his requirement for us to smell and feel the physical facts and textures of the War. Indeed it is hard to see any representation of the war in this context as other than some kind of evocation, though it may be of feelings other than the universalized grief which he criticizes.  But his words made me think a little as I began to watch The Passing Bells as a drama aimed perhaps at the broader audience which the poppies at the Tower seem to have found and to reflect on how it handles some of the tropes of World War I which have become so familiar and so apparently lacking in politics.

Episode 1 starts with a young man and woman lying on the ground, kissing in an idyllic country setting. The boy and girl speak English without an accent, they seem to work on the land and the countryside is as green and lush as any heritage representation of England. But it turns out that this boy, Michael (Jack Lowden), is German and will volunteer to join the ‘Bosche’ army. The point is made that, without the signifier of language (the German accent so frequently used in British television drama), the key representation of difference between the two boys (Tommy (Patrick Gibson) is his British equivalent) only slots into place when they put on their different uniforms. Jones’s complaint about nationalism (Blood Swept Lands and Seas of Red only represents the British/Colonial military lives lost) is perhaps acknowledged here.

As part of the enrollment process, both boys (signed up despite their very evident lies about their age) are sent to join the lines of naked men waiting for the medical examination. But it is not the realism of the process which is at stake here. Instead these lines of unweathered, vulnerable, soft flesh are intercut with shots of the official paper work being stamped; the sound monotonously sends each body on its way. This emphasis on the body will carry us into episode two which begins with the smelling of gas in an attack on the Western Front which is paralleled by Michael’s joke that he can smell bacon frying as he arrives in the cold of the Eastern Front.

More generally the scenes of enlistment and training illustrate one thing that is certain about the inexplicable processes which have led to war. The military machine which is being created relies precisely on the boyishness of these boys. It exploits their vigorous joy in their own bodies, their native belief that they can grasp onto life, the energy that keeps them on the move, their desire to be masculine, perhaps to be more clearly masculine than their more tentative fathers. The lovemaking at the start is not therefore just sentimental. It tells us not just what is going to be lost but what is going to be exploited.

Unlike much melodrama, The Passing Bells does not rely on the oppositions of good and evil and both armies are sent into the Battle of the Somme in episode three with the poetic language of a Christian blessing in their ears. But it makes strong use of the opposition of the green life of nature and the man-made desolation of the mud being fought over. The poppy indeed features in the opening credits and in our first sight of the Western Front as Tommy arrives there. But nature’s potency is more surely reflected for him in the modest yellow flower, given to him by the nurse he falls in love with, which he keeps in a tattered book of birds he has brought to the Front. The drama takes a highly conventionalized symbol and thickens its meaning by giving it a particular context.

The Passing Bells does not offer, even in its representation of battle, the gory vile horror which Jones demands and indeed it is hard to see how it could, even without its scheduling before the watershed. Instead, it goes the other way, offering a highly stylized account which uses image and music as much as plot and character. The montage sequence which ends the lengthy depiction of the Battle of Somme brings Tommy and Michael for the first time into the same space, though not the same shot, as each confronts the mass of bodies which surround them. The bodies are individualized with small tokens, letters and mementoes but with the final overhead shots they become an abstract representation of something impossible to show.

Tony Jordan was one of the most influential writers and script editors for the BBC’s soap EastEndersbut The Passing Bells is not a soap despite its emphasis on family life and personal relationships. It doesn’t last long enough and its use of music, editing, visuals is very different. But it does deliberately aim to generate feelings; Jordan says “I’m trying to make people engage with the war emotionally, it’s supposed to make you feel something, not learn something. There are lots of documentaries for that, but this is to bring into colour the stories of those kids that were sent to war.” So perhaps the drama could fall into Jones’s critique of acts of remembrance which generate only ”vague feelings of universal grief”. But, on a first and rather partial first viewing (I’m writing this as the episodes are broadcast and haven’t yet seen the last episode), it seems to me that The Passing Bells is more particular than that and is worth attention for its refusal of nationalism and the way it visually reworks of some of World War 1’s conventional symbols into something a little less familiar. If it has political force it is because of its commitment to generating emotion not despite it.

WHEN SOMETHING GOES WRONG… by John Ellis 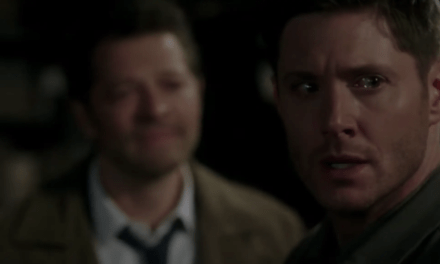 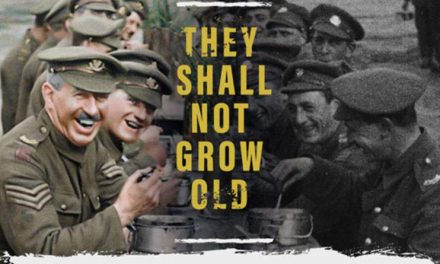