Wow, what a year it’s been. If, before the pandemic, people thought television was dead, now we all know how much we rely on it. Television, as Michael Wolff wrote, is the new Television. And in the UK, the years of 2020 and 2021 came with some astounding television: I May Destroy You (BBC, HBO, 2020), Small Axe (BBC, Amazon, 2020), It’s a Sin (Channel 4, HBO Max, 2021) and many more. There is a story to be told about the public service-US commercial services collaborations, but in part it’s been told elsewhere (see for example Dunleavy, 2020), and in part that’s not what this blog is about. What is notable here is that of course, these dramas received many accolades, which they utterly deserved, including the wonderful Michaela Coel, the creative force behind I May Destroy You and the woman who has managed to finally convince television executives that telling the story of sexual assault from a woman’s perspective is a positive thing.

And yet, some annoying and frustrating myths persisted.

The first myth was that, during Covid, television production ground to a halt.

Erm… no. Television news was being produced, soaps required to be made, lifestyle television continued, quiz and comedy shows needed to keep our morale up and so on. But like so many times before, these programmes weren’t seen. But perhaps more importantly, the work of staff and crew on these programmes was similarly overlooked by critics and people in positions of power who could have drawn our attention to it. As a result, people kept toiling away, overlooked and undervalued.

The second myth was that as far as value is concerned, nothing can ever change. We still celebrate primarily that on which a lot of cash is lavished, and we still celebrate television largely as if it were film…

Well, Critical Studies in Television has always been a journal that likes to make an opportunity out of a challenge, and here we were: on 27 September 2021 we celebrated television for the first time in the way we felt was more suitable to a year of a global pandemic. Welcome to the world of the Critical Awards in Television (CATS).

The idea behind the CATS is precisely to make visible that which we – scholars primarily, but also industry insiders and audiences – value, but which is often not celebrated. Thus, we will have changing categories, drawing attention to different aspects of the industry, in line with research conducted by us and by the industry and in line with what audiences indicate they value.

This year, we had four categories that all revolved to some extent around the pandemic. The first one celebrated television productions that used the pandemic restrictions to enhance their drama through writing and production designing. Whilst Keeping Faith did an outstanding job at enhancing the emotional drama of its characters through social distancing, blocking, etc, it was Staged that used the pandemic and its particular screen-related habits to develop a drama that resonated with many of us.

The second one looked at issues of health and safety, a job that pre-pandemic a lot of us would have rolled our eyes at.

But it was precisely the incredible skills and creativity of Covid coordinators (a post developed specifically for the pandemic) and the ever-reliable production managers that kept the production of television going. In response to their nomination, one production manager sent me a long email thanking me and detailing how little guidance there was from the government, how short the turn-around time (1 week) and how complex the response. This was also corroborated by a member of the costume department from Hollyoaks (Channel 4, since 1995) who were joint winners with Gardeners’ World (BBC, since 1968) who detailed just her work: steam cleaning, no contact delivery, safety measures to keep costume germ free during delivery, etc. The amount of work, let alone the creativity of coming up with these safety measures were astounding and worth celebrating.

We also celebrated the students who managed to similarly negotiate the Covid restrictions and came up with ingenious ways of telling their stories. It was difficult to crown a winner, as our judge Prof. Lyndsay Duthie, CEO of the Production Guild of Britain, agreed, but Middlesex with their quiz show Percentage, made by Isaac Pimm and Joseph Ferris, took the trophy home with them.

But to me, it was the fact that television kept us, the audience, going during a crisis that I doubt many had experienced before. It precisely drew attention to the role television plays in supporting us through difficult periods, as Kerr Castle found even before the pandemic hit, and thus providing crucial mental health support. Thus, we also had a Comfort TV award, and it went to Grayson’s Art Club for the community it provided, the space for creativity and the sense of being part of a chosen family it offered.

The award ceremony will soon be available to be watched in full here. Or you can enjoy looking at how important it seemed also to the community of viewers, students, staff and industry insiders to celebrate television in this way, as the images below suggest:

In the meantime, I am happy to announce that we already seem to have changed the minds of other award institutions: BAFTA announced yesterday it will finally celebrate line producers, production managers and heads of production too.

All photos by John Hollingsworth 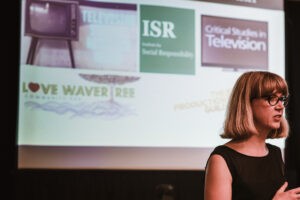 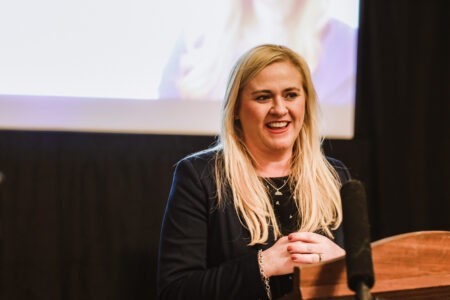 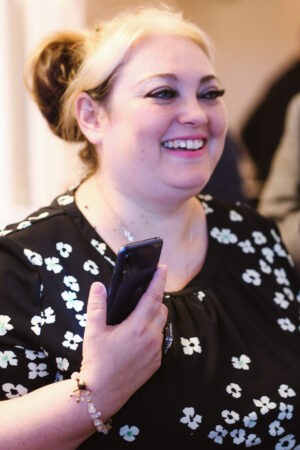 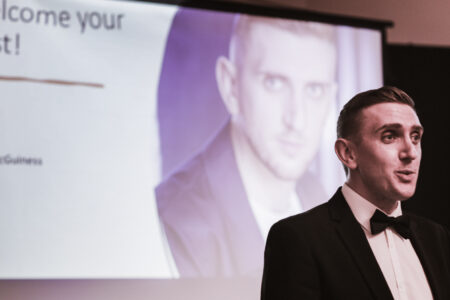 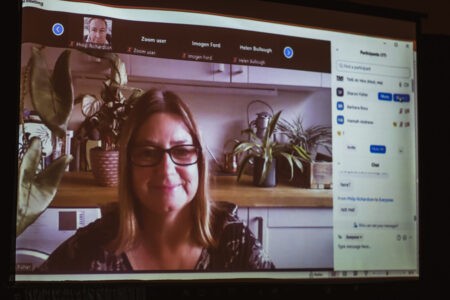 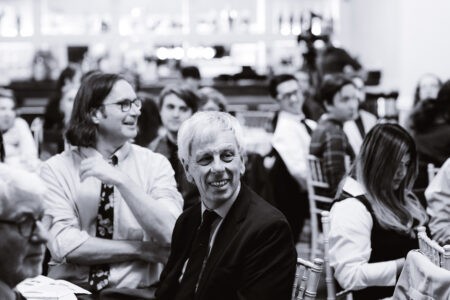 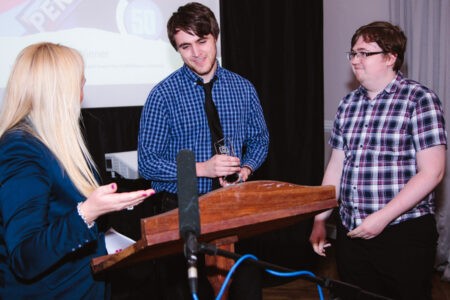 The winners of the Student Production Award, Joseph Ferris and Isaac Pimms 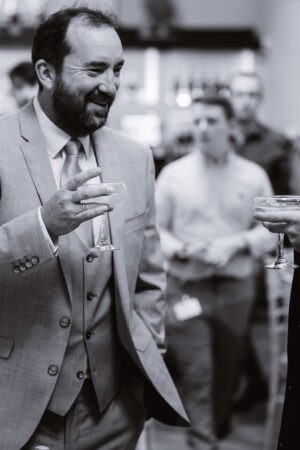 Will Chambers from Love Wavertree 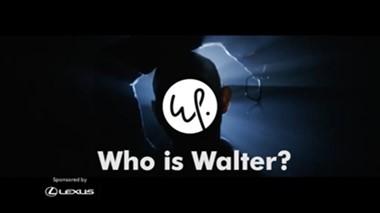