Someone once asked me “What’s the difference between apocalyptic fiction and dystopia?” I had to think about it for a bit, but then I came up with, “The world goes to hell suddenly in apocalyptic fiction and the people who remain have to deal with it. In dystopias the world has been hellish for quite some time and dealing with it has become a routine.”  It seems that a lot of the more popular fantasy and science fiction television that has been appearing recently in the North American market falls into one or the other of these two — less than cheerful — categories. Dystopias tend to show up in the waning seasons of long running shows like Fringe and are not nearly as popular as the more abrupt versions of our

collective nightmares. In the apocalyptic camp we have Falling Skies, Revolution and, perhaps the most successful of the group, The Walking Dead. (See David Lavery’s CST blog on this subject.) Falling Skies has been renewed for its third season in 2013, Revolution is inits freshman year and The Walking Dead is currently lurching through its third season. Some might argue that The Walking Dead‘s zombie apocalypse is the most popular version of the genre and I would be hard pressed to disagree with this judgement. Falling Skies deals with an alien invasion and Revolution is based upon a world in which electricity suddenly no longer functions. In all three of these highly serialized narratives we follow a band of brave survivors as they travel hither and yon across the devastated landscape of the United States. The primary purpose of the these effectively aimless wanderings seems to be a search for safety and a way to get back to a more normal mode of existence although there are temporary moments of teleological clarity in which the group searches for a lost member or a hidden enclave of civilization. All of the shows posit a world in which the normal rules of humanity have been suspended and roaming bands of heavily armed thugs

take advantage of their unprepared fellow survivors. The general principle for survival in all versions seems to be “trust no one and arm yourself to the teeth.” Undoubtedly the constant need for violent action in the genre strikes a chord with a generation raised upon first-person-shooter video games. However, I believe that the true attraction of the narrative pattern of apocalyptic TV shows is that they require tragedy; be it the death of familiar characters, betrayal of (or by) friends and family, or hard choices about who will live and who will die. The inevitability of fate fulfils a deep seated emotional need in an audience jaded by the pervasive happy endings of broadcast television shows of the previous generation.  The perennial attraction of tragic plots has been the subject of theoretical consideration for centuries, but for a time the relentlessly positive outlook of post WW II  America nearly erased them from the medium of TV.  I do not claim that tragic themes only present in apocalyptic TV, but I do believe the genre is most aptly suited to the structure. The Walking Dead may be one of the best examples of the tragic principle since the shambling remnants of former friends, family or associates provide a constant reminder that there is no escape from death. For example, in the second season of the series the survivors spend most of the episodes searching for a young girl who has been separated from the group. When she is finally discovered, she lurches out of a barn in zombie form and must by “put down” by the same crew who have been risking their lives to recover her.

Falling Skies also manages to incorporate an inherently tragic structure as the invading aliens capture children and surgically implant a control harness that makes them nearly as deadly as the zombies in The Walking Dead. The central group of survivors are in constant fear that they will find one of their own has become a threat to the group. When co-opted youngsters show up they are not only a physical threat, they often proselytize for their alien overlords.

Revolution is the only show of the three that I mention here that does not have mechanisms tragic of recognition and reversal built into the series premise. Nevertheless, the devastation of civilization that results from the disruption of all electronic devices is a strong motivator for most of the tragic action. There is no need for an automatic mechanism like zombie infection or an alien control harness to turn friend into foe. Revolution depends upon good old human nature to make a bad situation worse.

So why do we sit in front of televisions every week to see visions of the end of the world (as we know it). Is it a deep seated malaise inherent in late capitalism or the desire of a selfish generation to break the bonds of social convention? To tell the truth, I really don’t know for sure, but I suspect that current artists of the small screen are using these disasters to revive an art form that has been around since Oedipus Rex.

Stan Beeler is Professor of English at the University of Northern British Columbia, Canada. His areas of interest include Film and Television Studies, Popular Culture, and Comparative Literature. His publications include Reading Stargate SG-1 (with Lisa Dickson), Investigating Charmed: The Magic Power of TV (with Karin Beeler), and  Dance Drugs and Escape: the Club Scene in Literature, Film and Television Since the Late 1980s.  He is currently working on a book on film for children. 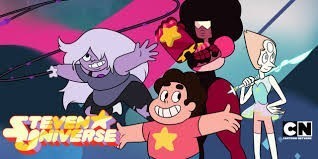