I pick up on what might be considered a quite dated quote spoken by Kevin Spacey at the Edinburgh International Television Festival in 2014. Referencing the ways in which platform delivery detached film and television from their traditional viewing contexts, Spacey claimed that, “It’s all content. It’s all just story.”

Yet, for all the similarities, convergences, innovative collaborative production practices and exhibition/distribution strategies, the two not only remain separate worlds but institutions and experiences too. Efforts to erase these differences by positioning them under the umbrella terms ‘media’ or ‘creative industries’ or pointing to a small (albeit significant) number of platforms that combine both film and television content in a shared library, are perhaps too quick to judge the scholarship and practice of things called ‘film’ and ‘television’ as historical or out of date. The discourse of ‘it’s all content,’ however, reduces both film and television to texts and then over-emphasises a limited cross-over in textual and narrative devices. It might all be content and story, but the same could be said of the Meerkat advertisements and the Holy Bible; comparable, sure, but limited ones nonetheless.

Equally, these comparisons are hardly new ones. Television’s history is partly produced through reference to its predecessor, cinema. The formal and aesthetic development of television has been read through the framework of film and the institutional practices of television are understood as related through, if not informed by, those already established in film. In other words, television claims the history of the underdog, with popular discourses of television having aspired towards the more esteemed cinema. In turn, many innovations of television have been understood or articulated as its achievement of cinematic and filmic quality and status. This is nowhere more evident than in the many discussions and praises of Quality Television, the aesthetic and narrative successions of which are understood as ‘learnt from’ film. It seems that this hierarchy informs much of what is said about the supposed synthesis of film and television, with television suggested as somehow redeemed by its proximity to film.

It is precisely this uneven bridge that causes me to baulk when such dismissals of difference are made by those with powerful positions in industry and academia (in other words those with the capacity to make those imagined similarities materialise).  This tendency to refer to film and television interchangeably is perhaps to be understood. In universities many scholars teach across both. In many cases, courses are combined (e.g. BA Film and Television) and resources are increasingly shared by those involved in both film and television. This has undoubtedly been liberating for educators who have scope to engage with a wider and more diverse student body, to expand their research horizons (as I did) and to manage departmental and facilities budgets. In addition, the collaborations that take place across courses and between students often produce ambitious production projects. Yet those profound differences remain both in the industry and in educational terms. Graduates of both film and television courses may develop skills that enable them to be employed in both film and television, yet the scholarship, the institutional structure and the production practices of each remain relatively distinct. To teach them as the same – as all content – would be to negate the distinctive histories, practices, institutional and regulatory conditions and forms of both.

In a special issue of the Cinema Journal, themed In Place of Television Studies, Michelle Hilmes made the case that Television and Film should sit together in the academy alongside New Media, given their proximity in industrial practice (2005: 114-115). Her argument perhaps stems more from the specific educational context in the US, where Film often sits along the traditional disciplines such as English while Television is embedded (or hidden) within Communications courses. However, the UK educational context does not quite mirror this. Over the past few decades both Film and Television have survived ever-changing re-positioning, for example within less subject-specific courses such as media, digital media and so on. Where titles such as audio-visual production and digital production aimed to erase subject specificity, the words film and television still remain as clear identifying markers for student applicants.  The persistence of these titles suggests a confidence in them as distinct subjects of scholarship, industries and career routes.

Perhaps, then, my anxieties about the turn towards ‘content production’ stems from its focus on more general moving image production histories and skills and not the rich histories of each medium, the particular qualities and characteristic of each and the realities of the roles and career opportunities within each. The benefit of a university degree that emphasises subject specialism (for example, one that differentiates between the histories of film and television) is that there are opportunities for deep knowledge and understanding rather than a survey overview of moving image or media. It is not so much a need for a distinct course or programme on either, as much as an acknowledgement of the different approaches to, and practices within, each. I also worry about general degrees that risk perpetuating those value distinctions between both and where graduates over the coming years see (and make) only content, knowing less about the various historical, social and formal contexts of film and television.  To take the view that ‘content is king’ and that film and television are essentially the same is to deny the experience of the cinema, to ignore the experience of television as continuous flow, the industrial and employment demands of each and to ignore the particular scholarly routes taken to each.

As William Body pointed out a number of years ago, television, in particular, is at risk just as it has established its place in universities (2005: 80). As both an academic discipline and a subject offered to students, television still plays second fiddle to film, even though the television industry in the UK offers far more opportunities for creative expression and employment. To then dismiss it as already irrelevant or as one corner of a larger content industry is to deny the leading position it has as producer of content (or shall we just say television), as the most likely employer of film and television graduates and as retaining a relatively high and consistent viewership in comparison to film.

The role of Television Studies is to account for all of these and the teaching of television aims to map out this broad terrain.  And while some fundamental practical or research skills might be used across or within each, to teach students that there is little difference between directing a film and directing a television show would ill prepare them for the industries. Similarly, to negate the characteristics of each would suggest that there doesn’t exist a difference, for example, between the demands of working in television and working on a film.

Indeed, in my own teaching, I recently encountered this problem when teaching a module on Serial Drama to film students. Quickly realising that the students had no prior learning about the historical, institutional and formal differences between film and television, the sessions became more an overview of the specific histories and qualities of television with little time left to engage with the particular dramas assigned. I had naïvely assumed that the critical skills developed in relation to one would suffice for the study of the other.

Maintaining a separation between film and television might conflict with some industry practices, with the employment trajectories and routes of young graduates and with the demands of universities increasingly under pressure to control spending. However, willing on the amalgamation of film and television does not make it a reality. It might be ‘all content,’ but I have yet to hear anyone say that they are ‘watching content’ at the cinema, on television or online. And as of yet (to the best of my knowledge) there is no BA (Hons) Content.

Sarah Arnold is Senior Lecturer in Film and Television at Falmouth University. She is currently working on the book Television, Technology and Gender: New Platforms and New Audiences for I.B. Tauris. Her previous books include Maternal Horror Film: Melodrama and Motherhood (Palgrave) and the co-authored book The Film Handbook (Routledge). Her research focuses on viewing spaces and environments of, and within, television and film. 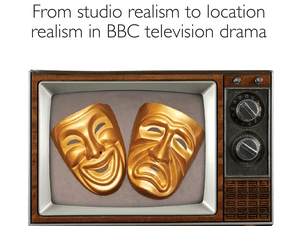 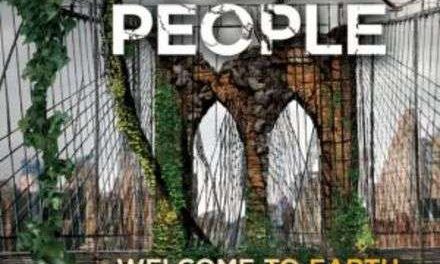 TELEVISION OF THE ANTHROPOCENE? (PART I) by David Levente Palatinus