There are only three sports I enjoy watching on television and each has a unique way of handling the articulation of player interiority through sound and vision. First up on the oche, as it were, is darts the bar game where drinks are a backdrop to the accurate launching of the arrows and the split-screen between dartboard and the player’s face allows us to see the full force of concentration before the throw, after it, and for the next one.  In no other sport is the human face and the activity it is engaged with so vividly brought together in one shot. Cuts to profile, to the excited crowd or the sudden, short anticipatory zoom-in when two arrows in the treble bed await a potential third all assist our pleasure in the speedy steely contest of accuracy and concentration between two people.

Vital to our understanding not just of the stakes and scores in play is the assistance provided by the commentators whose instant responses help shape the contours of our experience of the psychology of the players, however speculatively. The work of commentary is primarily to convey both the meaning and significance of the actions we witness screen as they unfold as well as to place those actions in an overall strategic context according to the rules and timing of the event. Essential to this is their ability to inhabit the role of enthusiastic fan who is there at the event (and hence occasionally making efforts to signal its local colour and ambient mood) as well as technical expert – quite a demanding thing, so much so that often the two are split between commentators. The late Sid Waddell was proficient at both and reminds us that watching sport on television is not merely an issue of event-relay but as much about getting close to the interiority of the combatants, matching the skills we see to a central agency. Waddell’s sheer joy in the witnessing of sporting achievement, his ability to track with his voice, and his silence, the timing of the unfolding drama is a perfect illustration of the grip televised sport can exert when commentary, image and event produce a unity of feeling. Nonetheless we are cut off from the central protagonists in some essential ways because the very visibility of their skills which by definition are not shared by us as mere witnesses, also reminds us of our distance from them, or, say, our closeness to the strange privateness of exceptional sporting aptitude with all its associated history of training, practice and commitment.  Hence the commentator’s work in trying to bridge that gap through reference to shared understandings of psychology, culture and everyday work. Take this clip from the final moments of the legendary 1983 Embassy Darts Final between Eric Bristow and Keith Deller (at the time a relatively unknown contender):

Note that both Waddell and the camera assume Bristow will check out (and win) at the bullseye but instead he plays a ‘percentage shot’ (i.e. avoiding the harder bullseye throw in favour of an easier double shot next go); Waddell quickly adjusts and tells us his thinking – ‘Livin’ dangerous Bristow, he’s banking on Deller not doing this…’ – but rapidly switches his commentary to follow the image of Deller who is now firing from the oche (‘…but the shot’s on for the title!’) for what was one of the greatest checkouts in darts history.

However close we get to the players in televised darts it is important to remember that visual proximity to the face implies but does not guarantee psychological closeness. (As an aside: a decade or so of fine television drama has by now taught us that the close up of a face is as likely to signal inscrutability and uncertainty as anything else – often we don’t seem to know more when we are close to Don Draper or Walter White or Carrie Mathison.) I see the intense concentration on Deller’s face, but until he lifts his arms in victory, I find it hard to imagine what he might be thinking. Waddell has a good stab at Bristow’s reasoning for not going for the bull, but ultimately the latter was sceptical of the young pretender’s ability to close such a long shot; he couldn’t hear the romantic strains in Waddell’s earlier description of Deller as ‘going on as true as Allen A’Dale – what a thrower Deller’ , and even if he had he may have dismissed it as underdog-puffery.  But Bristow and Deller remain psychologically distant for us nonetheless, I think, because even getting up close to the one of the ultimate battles of their sport does not illuminate the manifold underpinnings of their desire to do it. ‘Winning’ is the casual intentional explanation most often provided, but that is a given in any sport.

Formula One coverage typically places us at an even greater distance both visually and psychologically. Even when car-mounted cameras and radio messaging allow us to occupy and hear the point of view of the driver, most of the spectacle is taken up by more or less distant shots of cars on a track. The appetite for psychological closeness is proportionately amplified as can be seen in hungry shots and zooms that latch onto driver’s eyes in the slits in their helmets as they sit waiting to race or qualify.  Nonetheless it is clear to any aficionado of the sport that mental strength and the gift for strategic innovation are vital components too, even when technological superiority of one team and car promise to dominate. Again, the visual and aural rendering of the sport on television seems shaped to explore its character-ful nature, call it an interest in the interior tracks of the competitors. As in darts the apparent inscrutability of the sportsmen is not salved by the celebrity spectacle of their news conferences and interviews, for we all know these are managed by professionals and, in any case, the familiarity with a sporting star as a result of many television appearances does not necessarily ensure intimacy. And the enormous self-confidence and resilient, expansive, ego necessary for successful sporting combat is often of a different grade from that required to schmooze on a sofa. Frankly, outside their normal realm of operation sports people can come across sometimes as pretty dull. But for me some of the most exciting psychological battles have taken place at distance on a Formula One track where neither face nor voice was evident. Following the struggle of Michael Schumacher to overcome the dominance of Mika Hakkinen in the late 1990s and early 2000s was both gripping and puzzling; while both drivers broke down in tears on camera this was only a melodramatic  element of the pressure they experienced: what counted more for avid spectators was how the on-track contest  could be seen as a series of pulleys and levers connecting the inner private world of the driver to the slightest change in motion and direction of the machines they piloted so skilfully. There was a similar kind of psychological Tom & Jerry between Fernando Alonso and Lewis Hamilton driving for the same team in 2007, and in each case we are left during the coverage hunting for some element of gesture, movement, positioning or tactic that would allow us to run along the line back from the outward activity to some core place of thinking, or feeling or emotion that would better illuminate what was going on inside.

In that sense the sport which offers the most intriguing case of the mystery of sporting innerness is cricket. As watched on television or, better, with the television sound down and radio commentary on (where in Australia one can hear the BBC coverage while watching Channel 9’s visuals, despite a delay) this is a sport that seems to hunger for commentary that will unravel the connective tissues between interiority and action. Indeed, without an understanding of the psychological stakes at play in a game of cricket it appears outwardly quite dull. As in Formula One new technologies (such as infra-red cameras and microphones on wickets) add something to the spectacle but subtract nothing from the core issue of how one set of characters will use their skill and controlled aggression to defeat the other. I was fortunate enough to watch fast bowler Mitchell Johnson attack the English side at the Gabba late last year and was immediately struck by how, from my seat high in the stands, the radio commentary in my ear vivified the distant men on the pitch by giving them those attributes that, in E. M. Forster’s scheme, begins to inflate them from ‘flat’ to ‘round’ beings. Because of the way cricket is reported on the news casual observers only tend to get nuggets of action like this clip, but the truth about watching cricket, especially Test cricket, is that one witnesses long periods where little beyond the regular bowling of the ball is taking place. And it is, of course, in those long periods of apparent non-action that commentary comes into its best, populating the space with speculation, criticism, conjecture and sometimes sheer fantasy about the player’s inner worlds and their relationship to what we see and hear them do in front of our eyes and ears.

Sadly, the question of interiority – which requires, at a basic level, that the critic or scholar treat the figures on screen as if they are real human beings with thoughts, intentions and history – continues to be somewhat neglected in the study of television. Such neglect is congruent with the ideological tenor of the times, where human agency is denigrated in favour of naturalistic explanations of behaviour – our genetic inheritance, our neurological hardwiring, etc. – that have replaced what seems to me far more rational – if for some more ‘mystical’ – sense of the real way people and characters occupy their worlds. The hunger in sports coverage for precisely this sense of innerness is a hopeful sign that such explanations may have to work harder to beat the putatively illusory but in fact compelling spectacle of coherent, focused human subjectivity in action.

Jason Jacobs is Reader in Cultural History in the School of English, Media Studies and Art History, University of Queensland. He is author of The Intimate Screen and Body Trauma TV. He is currently working on an Australian Research Council funded project called ‘Worldwide: the history of the commercial arm of the BBC’. His BFI TV Classic on Deadwood was published in July 2012. He is writing a book on David Milch for the Manchester University Press Television Series and is co-editor with Steven Peacock of the collection Television: Aesthetics and Style (Continuum, 2013). 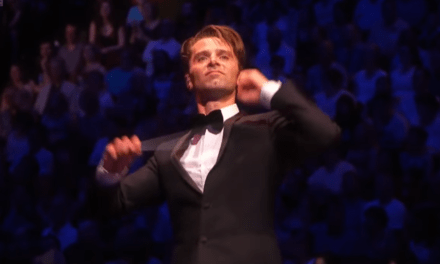 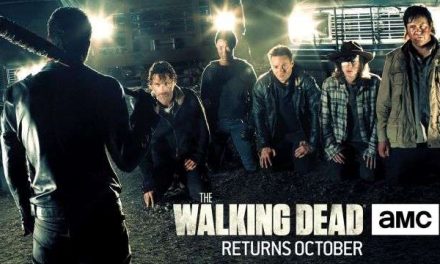