‘Of course we don’t pay a licence fee’ says Barbara vehemently as we sit round the table for Jennifer’s graduation celebration dinner.

My friend Barbara is doctor and her eldest daughter has just graduated in creative art.  Everyone is there – aunts, uncles, cousins, Jenny’s brother and sister.  Her Nana is especially proud as Jenny is the first grandchild to graduate. Throughout the dinner Blue Planet has been running on the wide screen television at the end of the room as a background to the festivities.

“Why should I pay? We only ever watch Neflix. There’s nothing else I want to watch”.

That conversation was about a year ago. Now a Conservative Party with a huge majority is in power and the future of the licence fee – and of the BBC itself – is at the centre of ever more heated debates. If Prime Minister Boris Johnson has his way, the universal licence fee will be abolished in favour of an opt-in subscription model, just like Netflix. To prepare the ground the Government has suggested that non-payment of the fee (which rose to £157.50 per household in 2020) should be de-criminalised. (‘They’re sneaky’ said Barbara. ‘They use tricks to get into your house to check’). However, if purchasing a TV licence becomes voluntary, then it would, effectively, become a subscription – and Barbara could say “We told you so”.

Debates over the future of the BBC have hit the headlines as never before in its long and turbulent history, and campaigners have leaped to the Corporation’s defence. The Observer pointed out in an editorial that ‘over 90% of the population consumes BBC content every week’ (9.2.20), while 38 Degrees has gathered hundreds of thousands of signatures in support of its demand to ‘Stop attempting to undermine the BBC and the role it plays in independently holding the Government to account’.

I’ve been signing petitions, keeping up with groups like the Media Reform Coalition, following campaigns like We own it and attending conferences. In particular I’ve been following developments for an article on ‘Defending the BBC’ for a book due out next month. It’s the Media, Stupid will be published by the campaigning organisation, CPBF (Campaign for Broadcasting Freedom) North (details below).  It’s something I feel strongly about – hence this blog.

I’m very aware of current criticisms of the Corporation, especially the moves it has made towards commercialisation – such as setting up BBC Studios as a for-profit independent production and distribution company.  And my friends, especially the younger generation, would agree with the argument that it’s simply out of date. In the age of multiple on-demand content and online viewing at the touch of a button, they say, why do we need its broadcast channels and scheduled programmes?

But, bearing in mind the criticisms – from friends as well as foes – I argue that the BBC badly needs to be defended -not any particular manifestation of it, past or present, but the principle which continues to underpin it.  That is the principle of public service: aiming to support an equal, democratic and participatory society and addressing a public defined as participating citizens rather than as paying consumers.

I argue that two key elements continue to differentiate the BBC from its commercial rivals. The first is the BBC’s democratic role: its obligations to the whole community of users. It provides the impartial information and debate essential to democratic participation, as well as a varied range of high quality entertainment genres which continue to draw in audiences and appeal to all ages and backgrounds – to say nothing of Blue Planet. The second, possibly more contentious, key element is freedom from commercial pressures. Even though the Corporation has moved towards privatisation for an increasing number of its activities, the licence fee has ensured that it’s not dependent on advertisers, sponsors or subscribers to secure its basic income or determine its overall output.

But the status of the licence fee has changed. In 2006, the Office for National Statistics changed its classification from a ‘service charge’ to a ‘tax’, defined as ‘a compulsory payment not paid solely for access to BBC services’. Even though it was a ‘hypothecated tax’ (raised for a particular purpose) subsequent Governments went on to treat the fee as part of their overall tax income, making Government rulings on how the fee should be used the most powerful of the attacks which the BBC currently faces.

Increasing costs have been piled on the BBC which must be covered by income from the licence fee. They include a contribution to the costs of the Welsh language channel, S4C; the cost of the Corporation’s prestigious World Service, previously funded by the Foreign Office; a ‘Local Democracy Reporting Service’ providing journalists to report on local government issues for local newspapers whose commercial funding has made this sort journalism unprofitable.  Facing falling revenues following these commitments, over the last few years BBC management has responded with cuts to output and to jobs. The news budget was reduced by a quarter, layers of management were cut, and cuts were made across the workforce, leading to strikes in 2013 and 2015 (White 2015:168).

Most seriously, in 2015, Conservative Chancellor George Osborne argued that the Government’s austerity measures should be shared by all, and ruled that the BBC, rather than the Government, should take on the loss of revenue from free licences for the over-75s.  The Johnson Government has declared that this measure would come into full force in 2020.  The BBC has stated that the change would cost the Corporation £745 million – equal to the cost of BBC2, BBC3, BBC4, BBC News Channel, CBBC and Cbeebies (House of Lords 2019 para 189). However, outgoing DG, Tony Hall, has negotiated a compromise: the measure would be means tested. Those on pensions benefit would keep their free licences, while wealthier over-75s would be charged.

Even with the compromise the effects on the Corporation are serious. The loss of revenue, estimated at £80m, will involve more job losses and may even mean closing channels. Meanwhile Tony Hall has announced a number of substantial cuts, many of them to core news and current affairs services, including the Today programme on Radio 1, World at One on Radio 4, Newsnight on BBC2, and the Victoria Derbyshire show together with ‘more sharing of material across the board’ (Guardian 25.1.20).

Numerous petitions have been circulated-which, of course, I have signed.  I was particularly struck by one from a previous guest on Victoria Derbyshire, a professional footballer who was abused as a child. “It’s not just another daytime TV show” he writes. “They are the leading show to feature the voices of those most isolated in society”. He describes how his appearance led to other victims coming forward and to the prosecution of the abuser (Change.org). 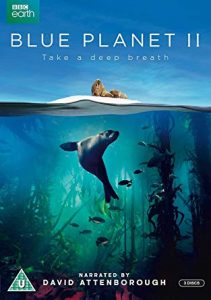 And, of course, the final blow has been the proposal that non-payment of the licence fee should be de-criminalised.

Organisations campaigning to preserve the BBC’s public service role, have suggested ways of preserving the licence fee, chiefly by removing it from Government control. The Media Reform Coalition (MRC) argues that a licence fee, could be set by an independent regulator.   Alternatively it could be a precept added to council tax (Tim Gopsill Media North 8.2.2020).

Above all I would argue that it is essential that the principle of public service is defended, and its two key elements – obligations to the public as a whole and independence from commercial pressures – are preserved. If the BBC is not defended, a series like Blue Planet would probably not make it to our screens – not on Netflix, nor even the commercial BBC Earth.

Select Committee on Communications & Digital (2019) Public Service Broadcasting: as vital as ever, House of Lords

White, A (2015) ‘The inside story: workers in the crosshairs of the struggle to save the BBC’ in Mair, Tait and Keeble (eds) The BBC Today: Future Uncertain Bury St Edmunds: Abramis

A fuller version of this article, ‘Why we should defend the BBC’ will be found in: It’s the Media, Stupid, edited by Granville Williams, published by CPBF North. Available early April. 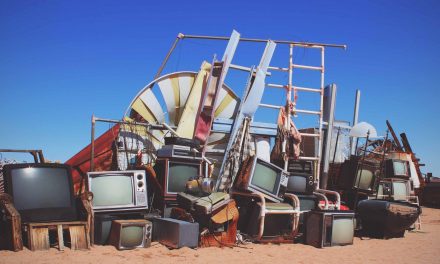 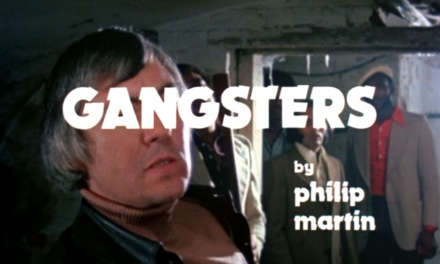 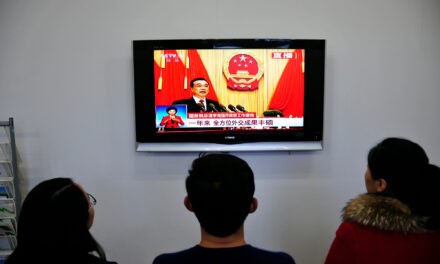