HEARING THE MUSIC by Andrew Pixley

“There are only two kinds of people in this world. Those who hear the music and those who don’t.”  So says Trevor Chaplin as he places another of his beloved jazz LPs on the turntable in the concluding instalment of Alan Plater’s blissful antidote to thriller series The Beiderbecke Connection (1988). And we know he’s not just talking about jazz. It’s about finding the people who understand the sense of rightness, delight and value around them, and who can communicate that enthusiasm to others through myriad media.

Fig. 1: “There are only two kinds of people in this world” Trevor Chaplin (James Bolam) from The Beiderbecke Connection

Communication is great when it works, but it doesn’t always cross cultures easily. Even after being greeted by one of the world’s nicest security guards, my wife and I remained a bit apprehensive when we arrived at the Parkside Building of Birmingham City University last Saturday. The words ‘jazz’ and ‘telly’ had lured us to Dr Nicolas Pillai’s one-day conference ‘Jazz on the Telly’. Telly is easy. It’s something we grew up with as twentieth century First World children – as natural as breathing. We’re fascinated by striking, well-made, captivating television – from [The] Naked City (1958-1959/1960-1962) to The Adventure Game (1980-1986). Jazz is trickier. We know we like it, but we don’t know why.

So, we were pretty confident that we could get by with the telly bit. We’re facile – we enjoy television for all manner of simple entertainment pleasures. While academic works praise Doctor Who (1963-1989, one day in 1996, 2005-) for cultural perspectives demonstrated via inter-disciplinary responses, we’re mainly in it for the monsters and the spaceships. Both are valid sets of values.

When it comes to jazz, we’re less confident. In The Beiderbecke Connection, Jill Swinburne trisects the genre into “Hot. Cool. And what time does the tune start?” We’re not quite that bad, but still pretty facile. We adore Under Milk Wood by the Stan Tracey Quartet but cannot describe it. We may not be able to identify the soloist on Duke Ellington’s Cotton Tail, but we do know that when Kenny Baker was playing cornet on The Beiderbecke Connection that he wasn’t doing it on a day off from operating R2-D2.

While we can grasp concepts, it’s often the specialised vocabulary – inherent in any profession – that floor us. Especially since we’re often baffled by words of over three syllables. In fact, we struggle with ‘syllable’. Hence the apprehension.

To contextualise our academic experiences … At the University of Bradford I embarked on first a MEng and then a BEng in electronics, leaving me with a stronger grasp of how to apply Ohm’s Law then debate didactic discourses on Burke’s Law (1963-1965). Subsequent pondering on turning my 5B6B coding notions into a PhD were interrupted when a nice man phoned me up and asked me to write for Doctor Who Magazine which seemed to offer more in the way of monsters and spaceships. My wife attended the University of Life; they have branches everywhere and the wisdom they dispense lacks formal abbreviations. She may not be hot on the semiotic thickness of a text, but she can whip you up a mean trial balance to save you from bankruptcy.

So, when we entered Room P132 (marked down from P134), we didn’t know if we’d comprehend the conference. We knew little about Dr Nicolas Pillai beyond seeing him five months earlier on  the brilliant Jazz 625 Live on BBC Four (or BBC2 as it used to be known), but strongly suspected that he didn’t want to be greeted by a lazy catchphrase fromThe Simpsons (1989-).

When Dr Pillai began to speak, we knew we were safe. What he delivered was a cool composition featuring one of our favourite places: the BBC WAC. Sorry… Written Archive Centre. Passion transcended cultural communication barriers as his understanding and employment of its contents beamed direct into our hearts. This amazing establishment which looks like granny’s cottage from the outside and the end of Raiders of the Lost Ark from the inside is a place we have visited many times in the last 35 years. We even spent part of our honeymoon there, delving into our favourite TV series – the satirical slapstick of Elizabeth R (1971) and the landmark historical play cycle featuring The Goodies (1970-1982). My wife discovered why Glenda wasn’t that chuffed by the first evening in TC1 while I learnt about injuries caused by the use of elasticated pigtails in a film sequence. 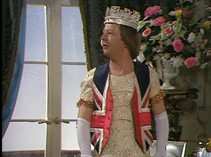 Fig 3: “I have the heart and stomach of a king!”
Queen Elizabeth (Glenda Jackson) in Elizabeth R: The Enterprise of England [1]

The WAC is where we are guilty of using our own jargon. Getting out T5s and T85s to see if they contain OB schedules or a PasR, then cross-referencing protagonists via their TCONT. In the microfilm room, I view the PasCs and see what CPTel might have said CBBC1 at the PRB, while my wife consults barometers to access ARRs and understand the AIs.

My wife and I mine the BBC files for our own writing and researches… and have enjoyed the thrill of working on broadcast projects celebrating the series we adore; witnessing the magic recreated on the sets of Return of the Goodies (2005) and An Adventure in Space and Time (2013). And we immediately sensed that Nicolas was blessed by the same buzz from his once-in-a-lifetime chance of bringing the seminal series Jazz 625 (1964-1966) back to life for one night only.

P132 became the Singing Room of the Limping Whippet. We experience the delight of Dr Pillai’s Jazz 1080 recreation and thanked producer Mike Connolly for Jazz Britannia (2005), the series that made us rush out to buy Under Milk Wood in the first place.

Last Saturday, we heard the music. We really did hear the music.

Andrew Pixley is a retired data developer. For the last 30 years he’s written about almost anything to do with television if people will pay him – and occasionally when they won’t. He has contributed to numerous DVD, Blu-ray and CD releases of television material, acted as consultant on broadcast documentaries and written for numerous specialist magazines. 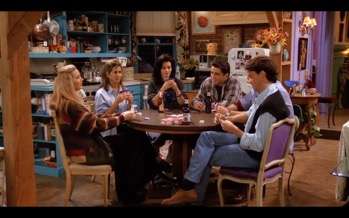 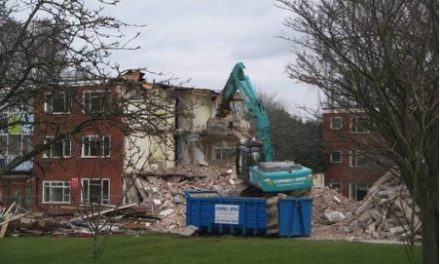