I have, both on this blog and elsewhere, moaned long and hard about the evil TV snatcher Rupert Murdoch.   Like The Child Catcher in Chitty Chitty Bang Bang Murdoch dresses up his new channel, Sky Atlantic, as a glossy and shiny treat that will give TV viewers the shows that we would otherwise be denied.  Shows such as Treme, Boardwalk Empire, Game of Thrones and Mad Men, along with the whole HBO back catalogue and miniseries like Mildred Pierce.  Once tempted to part with our money (by changing providers and buying into the whole Sky TV package) we soon discover the ugly truth.  HBO shows, made for screening without adverts, are practically unwatchable on Sky Atlantic.  The sad truth is that Murdoch does not care much about TV but he does care about the money to be made out of it.

I now find myself in a strange and uncomfortable position as, much like his infiltration into the US networks in the late 80s, it seems that the British TV audience now have much to thank Murdoch for.  With the loss of all HBO shows from our screens, terrestrial channels have had to look elsewhere to fill the schedules.   As reported on these pages by Janet McCabe long ago, The Killing was quick to leap into action filling the Saturday evening 9pm spot on BBC4.  Other shows have followed, Spiral among them.  And the American TV industry has been equally quick to spot their potential, re-making The Killing on AMC and now announcing a re-make of the French series Spiral.

Back to BBC4 and the latest of these contenders is, for me, the best.  Borgen began airing in September 2010 in Denmark and came to these shores earlier this month (7 January 2012).   For those who have missed the first few episodes, the series focuses on the ups and downs of a Danish coalition parliament.  So far so tedious.  But the twist is that the newly elected Prime Minister is female, forty-something, Birgitte Nyborg, (played beautifully by Sidse Babett Knudsen), a prime minister with nerves of steel, smiling eyes and as many body issues as her female audience.   It maybe that Borgen works for us Brits the way The West Wing worked for the Americans.  Still scarred from the Thatcher years there is a certain wish fulfillment going on here.  Who wouldn’t trade the iron lady for an attractive and immensely humane woman with a conscience?  And who wouldn’t wish for Philip Christensen (Mikael Birkkjær) in the place of husband Dennis?

But, it is not just the central performance that turns Borgen into something special.  There is a real sense that this Danish drama, like The Killing before it, does more for gender politics than many shows now buried on Sky Atlantic.  News anchor Katrine Fønsmark (Birgitte Hjort Sørensen) chooses her career over motherhood, Hanne Holm (Benedikte Hansen) refuses to go gently into the night and, like The Killing’s Sarah Lund, the women’s stories are treated with the same respect as those of their male counterparts.

Reading ahead it seems that Borgen may not be able to keep up this momentum.  There are reports that the subplots begin to slide even as the main narrative begins to become less believable.    But, even if, like American viewers of The West Wing, we begin to see the cracks in the political manoeuvrings, Borgen will continue to keep us entertained long into the future.   And if not?  There will surely be another ‘New Killing‘ to take its place. Not because there are no other quality shows on terrestrial TV but because the success of these European series not only prove that we need not be so dependent on American imports but that we now expect more from our female characters than ever before.

So, will I go back to the old ways?  Will I embrace the return of HBO shows if they make an appearance on my TV screen?  Possibly, but I somehow fear that they will have lost their sparkle now I have gone over to the dark (Danish) side.  What about you? 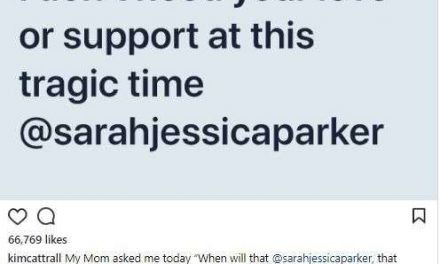