When Toby Miller sent his new blog over for this week’s CSTonline, I was instantly struck by the uncanny similarities between our lives over the past few months. I too have been moving, not a lot, just 3,500 miles away from my native hometown of London to my not-so-native new hometown of South New Jersey. I too was overwhelmed by loss – not the loss of television – but the loss of familiar television, that ‘blob out in front of’ kind of TV that the UK does best.

Leading up to my departure from the UK I was not pursued by any authority, oleaginous or otherwise, but I was dogged by the question: ‘what will I watch on television’? which may seem strange for someone who has made her career watching US TV. But, over the past year, I have become increasingly addicted to BBC offerings: Nordic Noir, Italian series and anything but American television as watching it often feels like a busman’s holiday.

My arrival in the US was as fraught as Toby’s in Colombia. But for different reasons. It soon became clear that as a person with no credit score, I was practically a non-person. Even armed with a recently acquired and vital social security number, I was (and still am) stuck in the loop of having no credit score and therefore deemed to be unworthy of a credit card. And, Catch-22, it is impossible to get a credit-score without a credit card and impossible to get many services without credit. Luckily for me I managed to find the only landlord in the whole of South New Jersey that deemed me a person of decent character and I too was lucky enough to have the money for a down-payment loaned to me by a good colleague.

I was also lucky enough to meet a good finance man in Burns Honda who, after a whole day in the showroom, secured me a finance deal and car insurance, thus enabling me to get to work in a country where everyone drives (albeit on the wrong side of the road).

Technology has not been my friend.

Funnily enough, however, Verizon were not worried about my lack of a credit score and instantly installed internet, a home phone and a plethora of TV channels into my new apartment within 2 days of moving in.

Huzzah. No staring at a cardboard box covered TV for me. Within hours the smart TV that I had purchased from BestBuy (tax deductible under the US system) was linked up, I was online and, pending another purchase – this time of a landline handset – ready to go.

And, boy, what a choice of TV Channels. Literally over 1,000. Yes, 1,000 – I have only just found Showtime (apparently my TV package means I have subscribed to this) and am still looking for STARZ. Plus, I already subscribe to Netflix, Amazon and Now TV and (via my laptop and spurious means) have access to UK channels.

I am now reluctant to subscribe to anything more as, along with each subscription, comes another multitude of channels. And, get this, even if you subscribe to, say, Amazon Prime, you still have to pay to watch series like Big Little Lies: 2.

I am exhausted and totally overwhelmed by choice. Even for a TV scholar the dizzying array of channels and series is just too much. if I discount all of the channels that are full of adverts and rubbish TV (probably all 1,000 of them), there is still too much TV. There aren’t enough hours in the day to watch it all.

In addition, Alexa has a problem with my British accent. I may think I am asking for Pose but Alexa thinks I am telling her to pause …. pause? No, I don’t think so Alexa, in my crowded TV viewing schedule there’s no time to for me to pause.

In the short space of time I have lived here (7 weeks) I have managed to catch up on an embarrassing amount of TV. I have watched two seasons of Mindhunter (forever associated with my first few weeks of living Stateside), Peaky Blinders (before anyone in America saw it), Unbelievable (one of the best series I’ve seen), Back to Life (Ditto), I’m catching up on the aforementioned Pose (although Alexa has caused me additional problems by insisting that I had already watched the first 3 episodes of season 2 – I hadn’t and am now watching them out of sequence), I’ve watched MSNBC news on a loop – the Florida hurricane saw to that, I caught up on Eastenders in 3 nights flat and now watch it at the same time as I would in the UK (sad or what?) and have just finished The Capture (which had me on the edge of my seat and totally unable to sleep after a 4 episode binge). Added to all of this, I have been a willing viewer of screenings in teaching sessions: The Twilight Zone, Hitchcock Presents, The Dick Van Dkye Show – and those I had never seen – Harvest of Shame (Ed Murrow) – and Vaudeviliian treats like Trixie Fraganza:

My problem is that, with no brakes behaviour, I am watching upwards of 5 hours of TV per day. And none of it on regular TV channels. This maybe the era of ‘Too Much TV’ but, in the States, that is true only if you have the means to pay for it. My TV and internet bill are an astronomical $150 per month and all for channels that I barely watch.

Compare this to the BBC Licence fee which is, and always has been, bloody good value. At £147.50 per annum, viewers have access to nine national TV channels, regional TV programmes, an internet TV service – BBC Three – 10 national radio stations, 40 local radio stations, an extensive website and the BBC World Service which broadcasts to the world on radio, TV and online, offering news and information in 29 languages. And all without ads. The only drawback being that, even if you continue to pay for the TV Licence, the BBC is unavailable outside of the UK.

Once Auntie Beeb sorts out this particular hurdle (endless re-runs of Star Trek on BBC America just don’t cut it for this viewer) then the world will literally be their oyster.

So tonight, after my unofficial date with Eastenders, I will be siting with a nice glass of red watching El Camino.

Kim Akass is Professor of Radio, Television and Film at Rowan University. She is co-founding editor of Critical Studies in Television: The International Journal of Television Studies, co-series editor of ‘The Reading Contemporary TV’ series for I.B. Tauris (now Bloomsbury Academic) and is managing editor of CSTonline. She is currently completing her monograph: From Here to Maternity: Representations of Motherhood in the Media and is totally exhausted from culture shock and watching too much television. 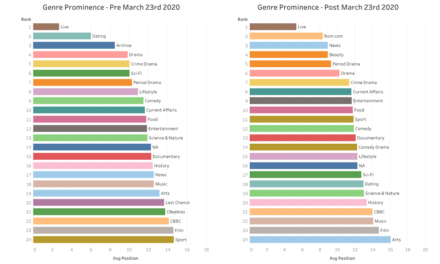 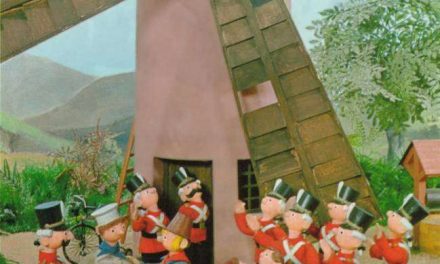