I’ve been moving a lot recently, and I’m overwhelmed by many things, not least the loss, recuperation, and further loss of television.

When I left the UK for Colombia this northern summer, I was pursued by Britain’s ever-avaricious and surveillant licensing authorities, who thought I might have dared to use a television in the month between the previous document expiring and my departure. Don’t worry—570 channels and nothing on.

Along with many other demanding messages, this command was communicated to me in that oleaginous way that I also encounter at British universities—email messages that sternly order you not to reply, even though they have been sent without your consent and order you to perform tasks.

Rather than responding to these gratuitous, imperious missives, you must visit a web site in order to seek answers to queries that end up relating to problems other than yours. Then telephone, stay on the line, try to understand your interlocutor when the quality of the signal is risible, and continue to hold if you want a decision made by someone else who is formally competent to do so.

In other words: shut up and obey, and if you must ask a question, ask the right one, and do so with utter politeness, regardless of the inconvenience you are suffering.

Exactly my experience of British life as a child. How very quaint. How times change with technology.

Getting to Colombia meant renting a new apartment, which involved being deemed a person of decent character. One Friday, word came through that I had qualified. A home was in the offing. But by Monday, my unseen certification of propriety had been revoked. I was passed over in favor of another applicant.

After weeks paying for a hotel, I found a place whose owners were more concerned with money than character; and they left behind a television. I couldn’t get cable, because I lacked a local bank account perforce not being paid, but someone at work kindly consented to step in and sign on, trusting me to return the loan.

Then on to Mexico, where my immigration status prevented me from leaving the country, getting my salary, or (once more) opening a bank account, even though I was employed and had entered legally.

It’s a long and rather dull story, a sapping one if you’re living it, that relates to overburdened immigration systems and workers confronting the hell generated by racist US policies that deny refugee status to central Americans fleeing mass murder.

The upshot for me was no plata. So now I have a TV set I’ve bought for the unfurnished apartment, but I can’t watch anything. A friend offered to do what had been done for me in Colombia, but a fraud was attempted on his credit card during the process, so we had to cancel. No cable.

Then he left town for a bit, and so did I, for a week’s residency in Singapore. This time my papers were in order, right down to my disembarkation card, which promised murder by the state should I deal drugs. I had a television in my apartment for the visit, but couldn’t get any channels in romance languages.

So this column was written by a person free of TV.

I can’t report on the latest and greatest, the least and most wearisome programming.

I can’t write one more diatribe to the effect that television remains popular, so people should stop saying otherwise.

I can’t make fun of folks who think convergence is new, when it is a century old and more.

I can’t make the case that Facebook is basically a small-town paper/station that borrows national and other stories from news organizations to add to gossipy exchanges about the everyday.

In other words, life is as it was for me for most of my 20s and 30s, when I didn’t earn enough to buy a TV, let alone feed it with cable. So what effect is that having?

YouTube is laden with people staring at screens and advising how their lives changed when they elected to live without television.

Live Science tells me that for ‘many Americans the thought of life without TV is akin to forgoing food, shelter or, God forbid, the Internet’ and that most of us who do so ‘fall into either the “crunchy granola set” or the “religious right, ultraconservative” camp’; both fill their lives ‘with a plethora of activities.’

This reads like good ol’ US or UK community studies, that worthy, vaguely Edenic/bucolic notion of togetherness minus annoying distractions such as difference and conflict; a world that values participation, vibrancy, and interaction, and damns TV as an aberrant distraction from the higher things in life.

Then there is neuroscience, which tempts Fast Company to maintain that giving up TV for a month changed its columnist’s brain.

You’ll be the first to know if I start smiling at my neighbors in any of the three places I currently live, or my frontopolar cortex shrinks as a consequence. Right now, that cortex feels as thick as ever and I still want to curl up under the covers a lot. That pesky Broadmann Area 10! 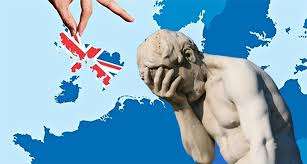 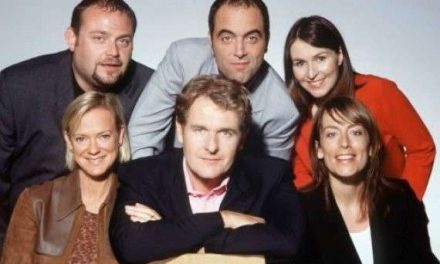 COMFORT TELLY 2: COLD FEET, THE CASE OF THE COMFORTING RESURRECTION by Tom Nicholls