Scholars researching (self-identifying) women and ageing in the screen industries are invited to send chapter abstracts for an edited collection provisionally entitled Falling off a Cliff? Women, Ageing and the Screen Industries. The book will explore the gendered challenges facing women over 50 yrs. as they attempt to carve out and/or maintain a career in the screen industries, in front of and behind the camera.

Research relating to on-screen representation has shown that women over 50 yrs. are relegated to supporting roles primarily; they are less likely than men to be cast as protagonists or central characters; they are characterised by ageist stereotypes and  sexually active older women are absent with some recent tentative exceptions.

To date, there has been much less focus on the experiences of women over 50 behind the camera; in key creative roles or as crew. Anecdotally, practitioners speak of becoming invisible as the years pass, being overlooked or leaving the industry and finding it extremely difficult to regain a foothold.  Who is behind the camera. especially in key creative roles, is important and can have implications for the kinds of stories being told and the employment and creative opportunities available to other women.

It has been argued that the intersection of gender and age can create a “double jeopardy” (Lincoln and Allen, 2004 p. 611) for women. But ethnicity, class, sexuality and disability also intersect with gender and age and such a focus would be welcome, as would a cross-cultural perspective. This collection seeks to gather a number of different strands around ageing in the screen industries in one collection.

Areas of inquiry could include, but are not limited to:

It is anticipated that the book will make a valuable contribution to international debates on women and ageing in the screen industries.  There is a strong expression of interest from an international publisher who is awaiting the submission of a full proposal. Potential contributors should send me a detailed 300 word abstract and a short bio by 15 January, 2021. The estimated timeframe for the completed first draft of approx. 6,000 words is August 2, 2021. 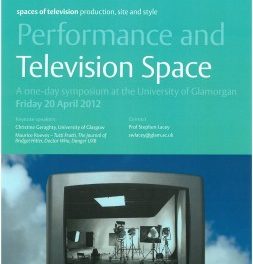