Who would be Chair of the BBC Trust in these scandal-hit days? Not Lord Patten, who has just announced he will be off after a single four-year term, despite the awkward timing (it will coincide with both a new government and a review of the licence fee). Not that many want him to stay on, after his dismal performance over the appointment and dismissal of George Entwhistle as Director General over a torrid three months last year. Entwhistle was a problem largely of Patten’s own creation, but Patten’s term has been a never-ending run of scandals and cock-ups: first the Jimmy Savile revelations; then the fall-out from them; then the abandonment of the megalomaniac Digital Media Initiative at a cost of tens of millions. And now, the serving-up of a delicious scandal that has been brewing for several years: massive pay-offs to departing executives.

The figures are hard to comprehend: Mark Byford getting £949,000; Pat Loughrey £866,000; Roly Keating £375,000, with the latter two already appointed to other jobs. These payments even greater than their contracts would have provided, even though senior executive contracts at the BBC now contain the generous payoff provisions that were once seen only on the other side of the Atlantic. These were revealed in a recent National Audit Office report.

So last Wednesday, the Commons Public Accounts Committee laid into the hapless HR executive Lucy Adams. Any reader with a sceptical attitude to current HR ‘flim-flam’ (as one MP put it) should watch the highlights broadcast on BBC Parliament (a public service channel if ever there was one). The relevant extract can be found on Box of Broadcast; those whose institutions have not yet subscribed to the service can read the transcript (if in a hurry, go straight to questions 80 to 89). The Public Accounts Committee, like other select committees, is a relatively recent innovation in parliament, allowing non-ministerial MPs the chance to interrogate anyone they fancy. The PAC has recently looked into the way that the Inland Revenue has handled the tax affairs of Amazon, Starbucks, Vodafone and other minimal contributors to the public sphere. In Lucy Adams they had a sitting duck of a target. She justified the excessive payment to Byford by saying “My advice was that the important thing was to get Mark Byford out of the organisation. He had 31 years’ service. We wanted to take the benefit of the restructuring as early as possible.” But adding that the then Director General Mark Thompson didn’t really want him to leave that much: “he was very keen that Mark stayed to deliver the royal wedding and the restructuring of the journalism board.” No-one pointed out that although they wanted to abolish Byford’s role, it seemed pretty crucial as the BBC immediately discovered in the Entwhistle debacle. The office of ‘spotter of impending crises’ has since been revived.

Where Adams floundered, the other witnesses, including Patten, used the “it wasn’t me, gov” defence. A considerable amount of blame was put on the previous Director General Mark Thompson, now CEO of the New York Times: ‘dumping on Thompson’ in the words of commentator Peter Preston. Thompson will soon appear before the PAC and has already issued his ‘corrections’ to the account given by Patten and others last Wednesday. This one will run and run.

Enough gossip; what is really going on here? The pay-offs were triggered by the need to reduce the top-heavy bureaucracy at the BBC, itself partly a creation of Thompson’s period as DG. They were sanctioned up to £500,000 by HR and Thompson: an astonishing level of non-accountability in such matters. Adams confirmed that no-one seemed to know who had eventually sanctioned the payment to Keating. Larger payments like Byford’s and Loughrey’s went to a Renumeration Committee at the BBC Board, consisting of independent directors, mainly drawn from the UK finance industry, including Marcus Agius who ran Barclays Bank until he had to resign. The BBC Trust, the ultimate authority meant to secure public service values, was effectively kept in the dark about all of this as it is not meant to intervene in BBC management issues.

So there seems to be a structural issue at stake. The BBC Trust is too remote from the workings of the BBC to be able to be effective. It was set up because the previous Board of Governors had been too close to senior management, acting as a defender rather than a regulator. It was also set up in this way to favour one of the wacky policy ideas floating around at that point: that the licence fee might be distributed to all broadcasters according to their planned content rather than just the BBC. It’s an idea that might appeal to BBC sceptics like Toby Miller whose case has been strengthened by the BBC revelations of the past few months. Currently, though, it seems that the Trust cannot do its job in preventing what one PAC member called ‘an outrageous waste of licence fee money”.

Structural change, however, does not seem to be the solution. This is a crisis of values within the BBC. Under Thompson, the ideals of public service gave way to the aims of personal enrichment. These ideals can be summarised as a series of beliefs:

Encouraged by non-executive directors from the commercial sector, and by a general culture of management self-enrichment, the BBC abandoned these values.

The extent to which this is the case has been demonstrated by the reactions of two of the recipients of pay-offs. Pat Loughrey, who went to be Warden of Goldsmiths University, has remained tight-lippedabout the whole affair of his £866,000, an amount that would really help his institution’s current appeal for building restoration funds. Of course, Loughrey took a pay cut from his £300,000 BBC salary to run Goldsmiths, but so did Roly Keating on taking over at the British Library. In stark contrast to Loughrey, Keating paid back his £375,000. Lucy Adams (in response to Q108 from the PAC) indicated that it was Thompson who suggested to Keating that he should seek such a payment in the first place. But his repayment of it demonstrates that the values of public service, though in crisis, are not yet dead.

These issues affect universities as well as the BBC, as the Loughrey case shows. Payment to VCs and the various forms of Chief Operations Officers have also escalated under the influence of governors from the commercial sector, along with payoffs for those who later displease these masters. Unlike the BBC, criticism tends to be suppressed: look at the comments on the THE article on the near £500,000 payment made to the former Principal of my institution (Royal Holloway) for instance. Unlike universities, the BBC may run but it cannot hide. So yet again the BBC is carrying the can for a wider failure in public culture: the erosion of the core values of public service over the past twenty years.

JOHN ELLIS is Professor of Media Arts at Royal Holloway University of London.  He is the author of Documentary: Witness and Self-revelation (Routledge 2011), TV FAQ (IB Tauris 2007), Seeing Things (IB Tauris 2000) and Visible Fictions (1984). Between 1982 and 1999 he was an independent producer of TV documentaries through Large Door Productions, working for Channel 4 and BBC. He is chair of the British Universities Film & Video Council and leads the Royal Holloway team working on EUscreen.  His publications can be found HERE 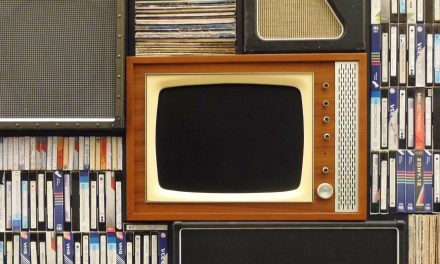 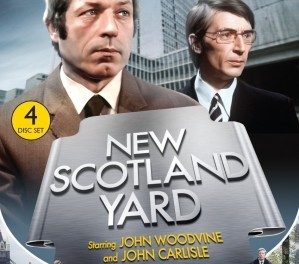 AND THE PHD MAKES THREE: WRITING A THESIS IN A RESEARCH TEAM by Erica Horton