There is no doubt that the 2012-2013 TV season was the year of Turkish TV series on Greek Television. This year, Turkish TV series seem to follow with mathematical precision an order of causality that leads to their gradual disappearance. Looking back at last season, Turkish series had spread out to all the major TV stations overshadowing the Greek ones at every second of the day (at noon, in the afternoon, in the evening and even for a rerun after midnight). They were the absolute kings of prime time, remaining at the top for the whole season by gathering impressively high ratings and causing all sorts of reactions (professional, patriotic, even a movement against Suleiman[1] or protests outside Mega Channel[2] about the screening of a Turkish TV series on the anniversary of the Greek Independence Day).

This year, Greek viewers prefer TV series made in Greece, turning their backs on the Turkish ones, as indicated by the AGB Nielsen’s audience measurements. First-hand proof to support this is the new season premiere of Iffet[3] on ANT1[4] which did not actually attract the viewers’ interest.

According to AGB Nielsen, Iffet gathered only 335,000 viewers with a total share of the viewership at 7.5, a percentage which did not surpass 10.8 in some viewers’ groups and particularly in that of the female audience, aged between 45 and 64.

To what should this decline be attributed?

First of all, the inclusion of Greek TV series proved that the viewers were in need of series that speak their mother tongue. The trend towards Turkish TV series with extremely high viewerships seems to belong to the past. It also seems to mirror what happened some years ago to Brazilian and Mexican soap operas.

All channels, with the exception of Star Channel[5], which still broadcasts As Time Goes by (I Prodosia[6])

and gathers high ratings (the total share of viewership is 19.3), stopped quite abruptly the screening of TV series when they realized that they did not bring about high ratings.

which is broadcast on Mega Channel’s daytime programme, simultaneously with its rival Brusko of ANT1

which takes the lead with young audiences. As Time Goes by (I Prodosia) of Star Channel has been having a tough time against the competition and is defeated by all the other Greek TV series broadcast during primetime. A similar phenomenon is evident in the once extremely popular Suleiman the Magnificent (Suleiman o Megaloprepis) which falls far behind Stolen Dreams (Klemmena Onira),

The financial crisis that Greece has suffered since 2010 led Greek television to shift towards Turkish TV series, which are less expensive than Greek productions, in order for the media organizations to cut down on their expenses.  Of course, the major cause of the intense crisis of Greek television was not only due to the lack of funding but also to production values that were so massive as if designed for a nation of 500 million people. This situation could not continue as it led to the diminishing of quality.

However, since the summer of 2013, there has been a distinct movement amongst the major Greek private channels, or at least an intention to overcome the rut that they were in, which is attributable to the recession and to wrong actions in the past. This year there is a glimmer of hope that something is starting to finally work for them.

Firstly, Alpha tried to enhance its primetime slot and to initiate new TV shows that were not based on familiar TV personas but on fresh new faces, which were put to the test in the presenter’s role. ANT1 fought back vigorously with numerous changes and the enhancement of a mixed TV programme, something that the channel had been serving for years. In the case of ANT1 the results of a political onscreen thriftiness and reordering already became evident which enabled it to obtain the desirable audience ratings and to enrich its programme significantly. All these efforts finally proved successful and the Greek channel came out on top, making a great impression on viewers. As for Mega Channel, the primetime zone is one of its most significant strengths however the replacement of its programme director and the inability to act fast set its goals back. In 2014, Mega Channel enters the competition with confidence and takes the first place in relation to Greek fiction.

In light of the fact that the Greek television landscape experienced a time-period of extreme inflation and pluralism, a “Roman conception” of working and a great climax in TV productions (during the decade 2000-2010), it is essential that Greek TV should not repeat the same mistakes of funding very expensive and massive domestic TV productions (in relation to the number of viewers). This euphoric period was nothing more than a placebo which ended up in disaster. Small steps in the re-construction of Greek TV programming have already been taken.

It is obvious that last year’s invasion of Turkish TV series has already made a modest retreat. Turkish TV series have shown signs of fatigue but not to such an extent that would cast them out of the TV channels’ schedules. It is certain, however, that the viewers missed the Greek storylines. Despite the fact that the production costs have been reduced to half and even more, they still remain quite high, and as a result there are few Greek TV series. Unfortunately, what’s missing is drama series and that is because they are expensive. However, some new projects, which were submitted ages ago but lacked the funds to substantiate them, are set once again in motion.

Now that TV is entering its new phase, it is vital and necessary to include new people and to promote fresh ideas. The Classic never loses its appeal; there are people who raised the bar high whether we are talking about talk shows or TV series. There are screenwriters who managed to maintain a high-level of quality; however, this new flowering of productions could be an opportunity to open up to new suggestions and approaches by young people in all sectors. Unavoidably, Greek television is rediscovering itself with new media and recipes. It uses the good old elements that people loved about TV but transforms them through a new form of language which will allow it to once again communicate with the audience. It is essential for the language to change and to pass new information to people because TV is above all communication. As a medium, it is a regular resident in our homes not by choice but by necessity. Nevertheless, people need to talk about current things that derive from their daily lives, to encourage them and to make them laugh. And the Greek audience is in desperate need for all these.

Undoubtedly, the Greek TV landscape is being slowly reconstructed as there is the right mix of TV series proposals, specific market demands and the fact that the projects are handled with artistic criteria in mind. The important thing here is to learn from past mistakes and not to repeat them so that, for example, the Greek state television (Hellenic Public Radio Television) will stand on its feet and integrate TV shows of political interest, which currently are missing from private television. Above all stand the viewers’ intentions and preferences, which are crystal clear: they have voted for the come-back of domestic Greek-language productions.

Katerina Serafeim holds a PhD in Journalism and Mass Media, Aristotle University of Thessaloniki, and is a journalist in the Press Office of the Regional Local Government of Central Macedonia,Greece. She can be reached on katseraf@gmail.com

[3] A Turkish TV series, which is  broadcast by the Greek private TV station ANT1 during the current period

[6] A Turkish TV series, which is  broadcast by the Greek private TV station Star Channel at the moment

[7] A Turkish TV series, which was broadcast by the Greek private TV station Mega Channel and finished recently. 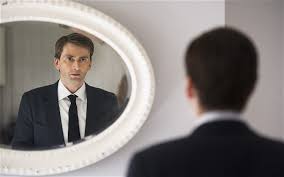 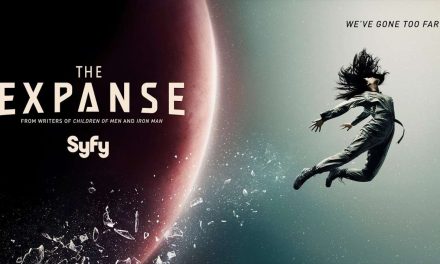