DAGGY CURRENT AFFAIRS APPEARANCES BY POLLIES? THERE MUST BE AN ELECTION COMING… by Liz Giuffre

Australians are facing a federal election soon. But first, some translations for international readers.

‘Daggy’ and ‘Pollies’ are Australianisms.

“Pollie” is short for ‘Politician’.

Elections are equal parts fruitful and terrible for the television. They are fruitful because of the advertising – gloriously bad, but gloriously huge ad-spend. Imagine how well our roads, schools or hospitals might run if they were given the resources that election-time advertising seems to be afforded? We know, of course, that Australia is far from the only place to have these terrible campaigns flooding the flow of broadcasting come election time. I believe the Brits’ Boris has had a few shockers, and the Americans are the masters of the craft, really.

Beyond advertising are feature/interviews. In these personal appearances pollies wear hard hats to show themselves ‘on the job’, then show ‘behind the scenes’ stuff where families, pets, and (occasionally) musical instruments are exposed. The last, here in Australia, has just had a go as our Prime Minister Scott Morrison (aka “ScoMo”), appeared on the Australian 60 Minutes program playing a ukulele and singing.


The song, “April Sun in Cuba”, is the stuff of pub singalong joy by 1970s kiwi band Dragon. It’s daggy but catchy – clearly what the PM and his PR people were going for. Except, that if you listen the lyrics, it’s about running away when things get tough. And running away, or disappearing for periods, is unfortunately something that our PM has been accused of repeatedly during his leadership, most famously during the 2019 bushfires when he was instead away on a family holiday in Hawaii. It’s also worth noting that Dragon have also made a statement about the song, distancing themselves from its use in this way. Their emphasis on the Prime Minister’s attempt to use music to ‘humanise’ him is an important one – reminding us of the trojan horse that is popular music, and therefore, how important it is that we are aware of its presence. What’s not accidental here is the song (which would have had to be cleared), or the way it was performed – a bit bumbly, a bit unsure, a bit embarrassing but also a bit vulnerable. This is a politician who has been accused of appearing smug and patronising – so if we show him not quite getting it right, does that change our opinion enough to make us feel sorry for him instead?

Clips of Scott Morrison playing the ukulele were used in the trailers to the appearance, designed to draw in the curious and those who love a musical car crash. Once the piece went to air, more shocking was the way the prime minister’s wife, Jenny Morrison, was left to take the heat for things like the Hawaii trip, but also the way the PM has been treated by his ministers and other officials. The big one was defending Scott’s honour over a recent photo call with former Australian of the year, Grace Tame. Tame famously refused to smile during a photo – which made broadcast and social-media driven news for weeks. Many said Tame’s snarl at the Prime Minister was indicative of the feeling of the nation. 60 Minutes clearly wanted to frame Jenny Morrison as his saviour.


Of course, it could be said that something like the ‘ukulele stunt’ is an elaborate distraction technique from immediate problems rather than just some soft personality work. Comedians have had a field day – laughing so the rest of us don’t cry too hard. Here is ‘project distraction’ from SBS’ The Feed.


And if you need something even more delicious, the ABC’s Mark Humphries’ sketch ‘Behind the Music’. Made as a palate cleanser to end the series current affairs program, The 7.30 Report, the sketch profiles not just Scott Morrison’s current musicianship, but that of our past leaders who’ve also tried this stunt before.


What we need to remember too is that these tactics have been around as long as television itself. An ABC Australia show dedicated to exploring how advertising works, Gruen, dedicated a series to political advertising called “Gruen Nation”. Although the series is now a few years old and it was featuring an example that was decades old then, the similarities between pollies and their irrepressible dagginess is remarkable.


Will these tactics work again? Or will we vote with our remotes? In the case of Scott with the uke, it seemed the real winner was actually the British mystery series Vera, which got more viewers than the 60 Minutes special.

A cluey woman in charge? Oooh, I’d vote for that too. 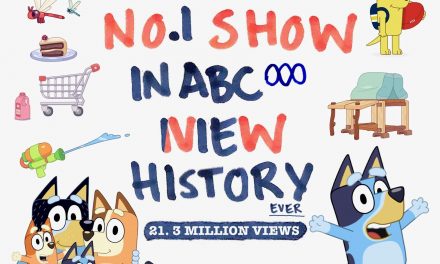